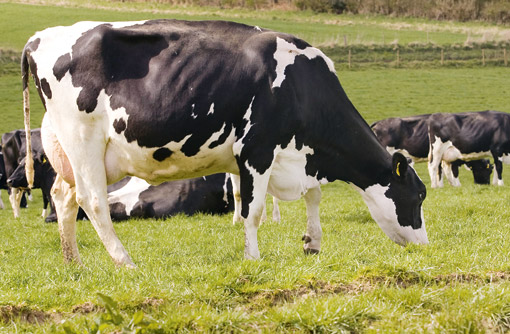 Coccidiosis is a major concern for dairy farmers and effective management in collaboration with a vet is needed to deliver disease control and diminish any long-term effects on heifer development.

Milking a herd of 300 Holstein crosses, the Thomas family first noticed a problem emerging in the calves several years ago.

“We noticed the calves started to show some fairly obvious clinical symptoms of the disease two to three weeks after they were moved into a certain shed. We thought it was probably coccidiosis and our vets confirmed this following testing,” says Mr Thomas.

“Growth rates were seriously affected in the animals suffering from the disease and we even lost some calves due to coccidiosis,” he adds.

However, having a herd health plan in place including routine vet visits meant they were able to isolate and diagnose the disease and pinpoint the right time to treat for the best results.

Getting on top of disease

Mr Marsden says the first step to getting on top of the disease was identifying the pathogenic coccidiosis species causing the problem using a speciation test. “As we suspected, coccidiosis was the cause,” says Mr Marsden.

Following diagnosis of the species a robust protocol was put in place. “The best time to treat is after the calves have taken in some coccidiosis infection, but before the parasite has had time to cause significant gut damage or any symptoms,” says Mr Marsden

“To achieve this, it is necessary to establish the source of the infection – the coccidia species involved – as well as to identify the potential ‘stressors’ and when they occur. This is because stress suppresses the calves’ immune response, meaning coccidiosis is likely to take hold,” he says.

For this farm, the stressor was when the calves were mixed into a bigger group and moved into a particular shed that had a history of coccidiosis problems.

The treatment protocol at Green Farm involved giving a dose of an anticoccidial drug two weeks after the calves moved into the shed. “It’s vital this is repeated for future batches of calves while under the same stresses and infection challenge,” adds Mr Marsden. “This allows for effective management of the coccidiosis challenge before clinical symptoms are seen and growth rates are impaired.”

Now the Thomas family is aware of the increased coccidiosis risk in the shed they try to avoid using it for calves where possible.

Recent research has discovered that to effectively reduce any long-term effects from subclinical coccidiosis it is best to treat with an anticoccidial parasiticide containing toltrazuril – such as Baycox – after the animal has been infected, but before the disease has had chance to cause significant damage or disease symptoms.

Heifer calves on two farms that had previously experienced problems with naturally acquired coccidiosis were divided into two groups. One group was treated with an Baycox and one group remained untreated.

Results showed the long-term effects from subclinical coccidiosis in dairy heifer calves were significantly reduced and effectively sustained through to full reproductive development and first service. Those treated reduced their average age to first service by 24 days compared with the non-treated group.

Mr Marsden says this research shows some important long-term implications of unmanaged coccidiosis that have not been reported before.

“The Thomas family has been working to reduce the age of heifers at first calving and it makes sense that effective coccidiosis treatment will help this. If calves have an improved health status and less disease challenge, they will develop and meet their potential sooner.”