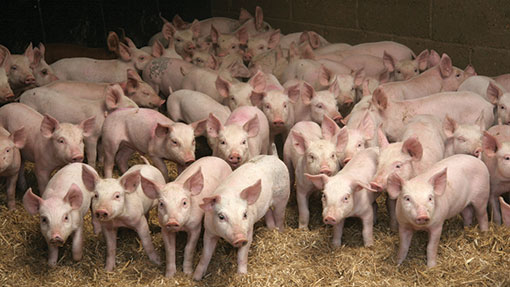 BPEX is urging pig producers to review biosecurity to protect their herds against African Swine Fever (ASF) and Porcine Epidemic Diarrhoea (PED) virus, which have both spread to new countries in the last week.

ASF was confirmed in wild boar in Lithuania on 24 January, while the virulent strain of PED virus in the United States has now crossed the border to Canada.

The virus is fatal in young pigs and has already killed 1 million piglets in the USA.

Yesterday (27 Jan) Canadian government officials confirmed the virus had spread to two farms in Ontario. It is estimated the outbreak could cost the Canadian pig industry C$45 million.

PED is spread in pig faeces and could only be transmitted via live pig imports.

As this is restricted to breeding stock, where biosecurity is extremely tight, BPEX interim vet programme manager Helen Clarke says the risk to the UK is relatively low.

She said ASF was the biggest threat to UK pig farmers because it can be spread by affected uncooked meat products and by eastern European farm workers.

“Currently 60% of the pigmeat we eat is imported. But the risk is small because it is a relatively well-contained supply chain and the vast majority of meat we import will not have come into contact with the virus.

“However, pigmeat of any variety should not go anywhere near a farm,” she warned.

• Isolate pigs on arrival to the unit

Keep up-to-date with disease alerts by visiting www.oie.int/alerts-disease-information/ and DEFRA for information on disease control strategies