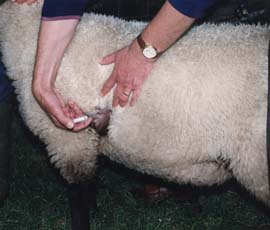 Farmers and vets are reporting increased losses, although the true extent of the problem will only be apparent when the lambing season comes to an end.

Vet John Macfarlane, Alnorthumbria Vets, said the practice had seen 10% more toxoplasmosis abortion so far this year, likely to have been caused by the shortage in Toxovax last season.

Vet Louise Silk, Endell Veterinary Group, said one client had witnessed problems with abortion because he was not able to vaccinate.

“Following a problem in the previous year, I advised him to vaccinate for toxoplasmosis, but he was unable to get hold of the vaccine. Consequently he has had problems this year.

“Farmers were definitely worried and upset they couldn’t get hold of the vaccine,” she said.