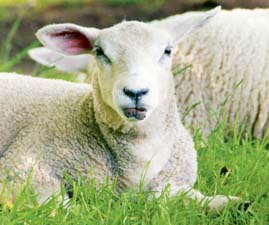 Half of all sheep farmers will be unable to vaccinate stock against orf this season because of a shortage of Scabivax Forte vaccine – the only vaccine of its kind on the market.

Intervet/Schering Plough has confirmed supply will not meet 50% of demand due to problems with a recent batch of the vaccine. A spokesman added it was unlikely additional supplies would be available for the remainder of the lambing season.

Sheep vet Paul Roger said the shortage was an “extreme nuisance” for farmers.

“Because the vaccine is not long lasting and is not transmitted via colostrum, it is important to vaccinate ewes and lambs year on year when orf is identified as a risk factor.”

John MacFarlane, Alnorthumbria Vets, said lack of vaccine would have long-term implications. “This does not just represent farm, ewe, lamb and vet losses, but potentially could have implications next year.

“Farmers that appear to get away with not vaccinating this season may try and risk it again next year, but they could be hit hard with another outbreak. Orf can survive in the environment for about 20 years so it is always a potential problem.”

Orf not only creates welfare implications for ewes and lambs, but also pre-disposes them to secondary infection and poses a zoonotic risk.

Consequently, control is crucial. However, Intervet/Schering Plough’s vet manager, Alasdair King, said there were alternative strategies to control the disease.

“Keep lambing areas clean, dry and well bedded to reduce the chance of animals coming into contact with infected scabs. Any infected animals should also be isolated immediately to prevent disease spread.”

Because of the potential for infection, using a long-acting antibiotic where there was secondary bacterial infection could also be relevant.

Sheep producers who have had orf diagnosed in their flock are advised to discuss appropriate disease management and vaccination with their vet.