With spring calvers in full flow and plenty of wintery weather across the length and breadth of Britain, pneumonia has been a problem.

In this month’s Vet Viewpoint round-up, reports from Cornwall and Orkney show a high incidence of pneumonia and remind farmers of the importance of cultural controls and preventative medicine.

In other reports, Rose Jackson from Derbyshire talks about the importance of genomics in breeding for TB resistance and Dan King from North Yorkshire explains the different causes of bovine abortion and reminds farmers to investigate any occurrence of it. 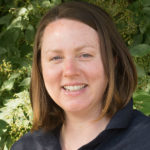 Bovine tuberculosis (bTB) is of major concern for many farmers in the UK. It is time to think of new technologies that could help us in the fight against bTB.

Heritability is 9%, which is about the same as somatic cell count (SCC). In the long-term, breeding for more-resistant animals should have a positive effect on the TB status of a herd.

Genomic testing will give us the TB Advantage figure for individual female animals.

While this is an exciting development, as for SCC control, environmental and biosecurity measures are still critical in the management of bTB. 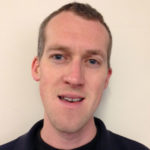 With winter housing and misty mornings, we are seeing a high incidence of calf pneumonia and drops in growth rates.

Blood testing is showing respiratory syncytial virus and PI3 (parainfluenza) viruses are the most common cause.

An intranasal vaccine is being used in calves over nine days old and is showing a reduction in cases and an increase in growth rates.

Our dairy and beef farmers are seeing the benefit to their profits by maximising daily weight gain and reducing disease.

Using an anti-inflammatory product (injectable or powdered) prior to events such as mixing groups and disbudding has helped to reduce pyrexia (fever) and subsequent pneumonia induced by stress.

With more pressure to decrease antibiotics use, the future is in preventative medicine. Maximising quality colostrum intake, improving ventilation in calf housing and talking to your vet will help your calf health. 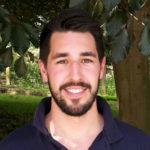 I have recently been dealing with several bovine abortion outbreaks. In one case 10% of the dairy herd aborted over a six month period due to a fungus, originating from feedstuffs.

Another outbreak was due to campylobacter, introduced to the herd by an infected bull.

Abortions occur sporadically, and the odd abortion is often seen as normal. However, I would strongly encourage consulting your vet following an abortion and potentially submitting any aborted material for testing.

Abortions are generally classified as infectious or non-infectious, with the former making up the majority of cases.

In the dairy herd, neospora is the most common abortion cause and in the beef herd, it is a bacteria called Bacillus licheniformis.

This bacteria can be found in soil and the source of infection is often mouldy hay/silage or contaminated water troughs.

It’s been a dark, wet winter this year up in Orkney. Maybe not the ideal time to start a job as a mixed vet here in September, but at least there’s an unlimited supply of hats in the office.

Unending rain meant animals were housed earlier and now that calves are starting to arrive there’s another big problem rearing its head – pneumonia.

Taking temperatures and finding poorly animals early gives the best chance of getting them better and reducing spread of an outbreak.

While we’ve plenty of treatments, they won’t save every animal and with responsible use of antibiotics high on the agenda, how can we reduce outbreaks?

Optimising ventilation is a huge help; disease can tear through sheds when fresh air is sparse. Also, respiratory vaccines can be used to boost the immune system where causal agents are known.