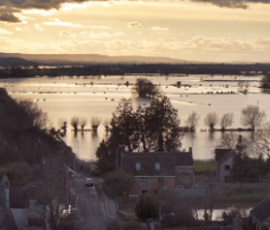 The Somerset Moors have seen widespread flooding since April, causing chaos for livestock producers in the area.

Many of dairy farmer Barrie Bryer’s fields are inaccessible, meaning a large proportion of his silage bales are still out on the moors.

As a result, he has been forced to sell some of his cows to ease pressure on dwindling forage stocks.

Aly Balsom caught up with him at his farm near Langport to discuss the effect the sustained flooding has had on him and farmers in the area.