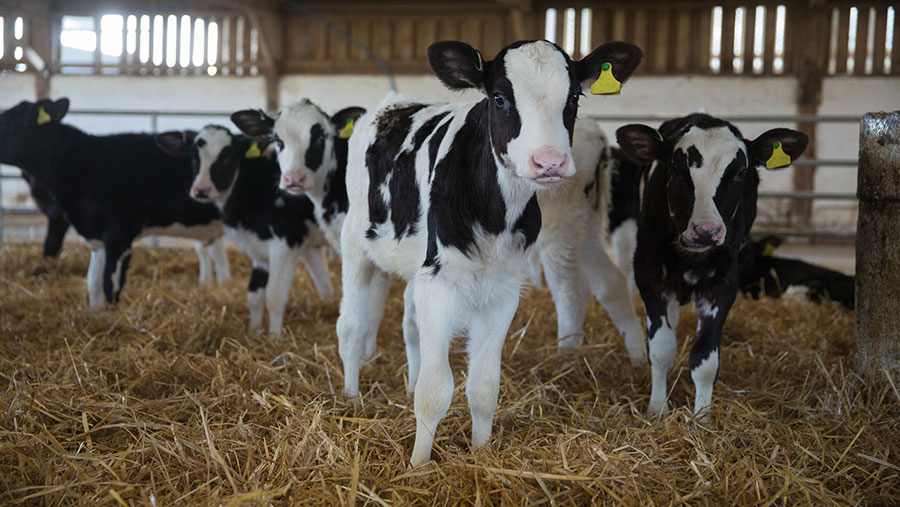 A bespoke era of calf husbandry will be investigated by Canadian researchers after trials suggested dairy calves are naturally optimistic or pessimistic.

Calves can be either persistently optimistic and bold or fearful and pessimistic, concluded a University of British Columbia trial which looked at the behaviour of 22 Holstein calves.

This is the first time the idea calves have a personality and display judgement bias has been supported by scientific research.

Two personality traits – fearfulness and sociability – emerged over time and were found consistently in the study published in the journal Scientific Reports last month.

Dr von Keyserling said: “Sometimes we are tempted to only see the herd, even though this herd consists of different individuals who cope differently with stressful events. Even if conditions are good, on average, some animals may still suffer.”

These mindsets are known personality traits in humans but little is understood around how they relate to personality differences.

“Calves that were more fearful were also more likely to view the glass as half empty,” said Dr von Keyserlingk.

“The next step in our research will be to understand what type of rearing conditions help ensure an individual animal has a good life,” added von Keyserlingk.

“For example, more pessimistic calves may require different types of housing and management than we currently provide.”

How they found calf personality

Calves were faced with a set of five holes in a wall.

On one end of the row a bottle filled with milk was pushed through the hole, on the other a similar bottle delivered a puff of air.

Calves quickly learned which end would reward them with milk, at which point researchers moved the milk to one of the three intermediate holes.

A black, empty 50 litre plastic bucket (novel object) was placed in the experimental pen. Willingness and delays to touch the object were recorded, along with contact duration, time spent in proximity, total distance covered and vocalisations.

An unfamiliar human stood in middle of the pen. Delays to contact the human, duration of contact, distance covered and vocalisations were recorded.

Carried out in a 2m5x5m alley way with holding area separated by a fence. Each calf was isolated in holding area for five minutes. Vocalisations were recorded and after five minutes the calf was free to return to the group. This was timed.