TB is probably the single most important issue affecting cattle producers in this country. So what can farmers do to reduce the risk of infection?

Last year, more than 36,000 cattle were slaughtered in Great Britain as a result of TB – and almost 8400 herds were under movement restrictions.

With the loss of breeding lines, restricted cash flow, under-compensation, and extra costs associated with TB, the industry is haemorrhaging money.

Now, after years of wrangling, British cattle producers are awaiting the outcome of the government’s consultation on culling of TB-infected badgers.

A positive announcement would be the first step to eradicating this horrific disease. But any cull will most likely face a Judicial Review, and could then take years to eradicate the disease. So what can farmers do to protect their herds in the meantime? 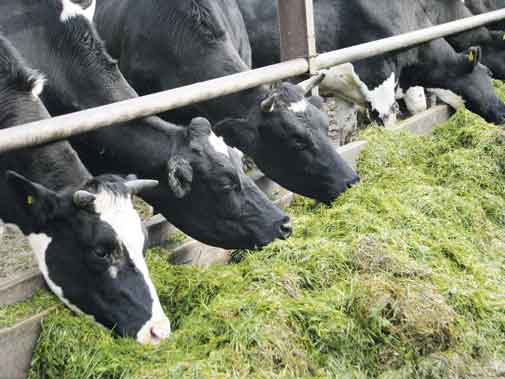 Vet Andrew Biggs, who sits on the TB Eradication Group, says any action farmers take should be tailored to their individual circumstances.

“You need to look at the risk factors on your farm, and examine ways to minimise them. We should treat TB like any other infectious disease. There are herd health planning initiatives going on all around the country, and farmers are increasingly looking at how to control disease by looking at their risks.”

Farmers in TB hotspot areas will clearly have very different risk factors to those in TB-free areas. “If you have a closed herd on a ring-fenced farm in a hotspot area, your biggest risk is going to be from badgers. If you’re in East Anglia and buying stock in, your risk will be from importing infected stock onto the farm.”

Adopting general good practice helps to reduce the risk of any disease, including TB, as the healthier stock are the stronger their immune systems will be.

Cattle sheds should be clean and well ventilated, with cows kept at correct stocking levels and fed a carefully balanced diet.

But in hotspot areas, such basic husbandry is unlikely to provide comprehensive protection against TB. Farmers therefore need to take other steps to reduce transmission from wildlife to cattle and between cattle themselves.

A respiratory disease, TB can be caught by breathing in the bacteria, whether through nose-to-nose contact or indirect contact with infected saliva, urine, droppings and pus.

Research has found badgers regularly visit farm buildings to feed, particularly when the ground is hard and earthworms are hard to find.

Badgers in the advanced stages of TB are also more likely to look for easily accessible food and shelter. Taking steps to keep them away from feed stores and cow sheds is therefore essential, says Mr Biggs.

Identifying badger latrines and active setts – particularly infected ones, if possible – can also be useful, as cattle may be kept away from these high risk areas.

When feeding cattle at grass, producers should ideally use raised troughs – but as badgers are good climbers, they should also weigh up the cost benefits before making large investments, he adds.

Stock should be kept away from woodlands, and preferably away from hedgerows, where there is a greater risk of contamination from badger latrines.

Herds in non-hotspot areas run a far lower risk of catching TB, says Mr Biggs. But those who buy in cattle must be careful not to import infected animals.

“Check the health status of any cows you buy in – you really ought to be asking the history of TB tests and dates – how long has the herd been clear for?”

Producers may prefer to source from annual testing areas, with a decent period of clear tests, or instead opt for four-year testing farms. “But be careful when the source farm buys in a lot of stock, as they may have brought TB onto their farm but be unaware of it so far.”

Cattle-to-cattle transmission is another factor, and farmers should prevent any contact with neighbouring stock. Operating a closed herd system will clearly slash the chances of importing TB from cattle, but is not always possible.

Any inconclusive and reactor animals, whether in hotspot areas or not, should be isolated from the herd, and farmers should take care with biosecurity measures such as cleansing and disinfecting to prevent further contamination.

Producers with high-value pedigree stock may choose to request pre-movement tests on all imported stock – and even post-movement tests have a role to play, he adds. “But make sure you have recognised isolation facilities, so if you buy in a subsequent reactor, it won’t take the whole herd down.”

It is not just bovines that can contract TB. Pigs, sheep, deer and other animals can also be affected. Although the number of pigs testing positive for TB upon slaughter is minimal, the trend line is more frightening, says Helen Thoday, knowledge transfer manager at BPEX.

Outdoor pigs are most susceptible, as they are most likely to come in contact with diseased badgers. “Usually it is the sick badgers who go into the warmth of pig arcs – then the piglets inhale TB from infectious mucus and urine.” Good fencing and using clean, fresh bedding is therefore essential.

Keeping badgers out of feed stores is also important, she adds. “We have seen feed stores being used as badger latrines – you need to ensure stores are clean and free from wildlife and rodents.”

Sheep can also contract the disease, although DEFRA has only recorded about three new flocks going down each year, says Peter Morris at the National Sheep Association.

“There is such an environmental overload of TB in wildlife it is inevitable that other species are going to contract it. But sheep are not as susceptible as cattle and as an end host are far less likely to pass it on.” Farmers should try to minimise contact between flocks and badgers, particularly around feed troughs.

Jilly Greed has struggled with TB at Fortescue Farm, Thorverton, Devon, for years, with the slaughter of pedigree cattle and associated losses costing about £110,000. “Two years ago we improved our management, putting in electric fencing, blocking off gateways, putting calf creeps in the middle of fields – anything to prevent nose-to-nose contact with the badgers.”

Having identified diseased setts, she stopped turning youngstock into at-risk fields, and left the dung heap nearby to reduce the badgers’ roaming.

She also started feeding supplements to boost the cows’ immune systems, and – already a closed herd – swapped from breeding pedigree British Blondes to a commercial beef herd in case of further TB breakdowns.

“It’s taken a while to get into the routine of closing everything up at night, and the biosecurity measures have cost about £2000. This is not a long-term solution, but we have been TB-free for the past two years, so it does pay dividends.”

Norman White keeps 5000 pigs at Lower Egford Farm, Frome, Somerset, and became one of the first-ever pig farms to suffer a breakdown with TB. Four years on, in autumn 2009, the problem returned with a vengeance, with more than 40 pigs condemned on slaughter. “That cost us £155 a head, as we got no compensation at all.”

Mr White traced the likely source of infection to a grain store that had been accessed by infected badgers. “It had a roller shutter door that kept blowing off in the wind – I had to replace it with a heavier one.

Since then, the number of TB condemnations has gradually eased off – it looks like we’re on the verge of being declared clear.”