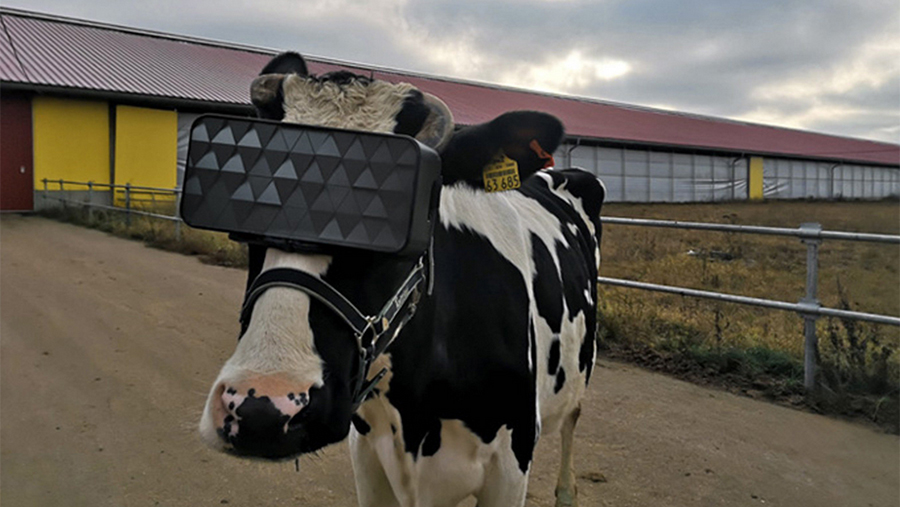 © Ministry of Agriculture and Food of the Moscow Region

The Moscow Agriculture Ministry’s pilot project was carried out by vets and researchers at a dairy farm outside the city.

Previous trials have shown that calmer cows are more productive, so the researchers sought ways to provide imagery of sunlit pastures to counter the bleak conditions outside.

According to a ministry statement, cows were fitted with specially designed headsets that were large and durable enough to survive in a practical situation.

The imagery was then tweaked because a cow’s eyes are better able to perceive shades of red rather than green or blue tones on the colour spectrum.

The statement suggested a red-focused colour scheme would make the virtual summer even more calming.

Initial results have been positive in terms of yield, with some cows producing higher quality milk.

“During the first test, experts recorded a decrease in anxiety and an increase in the overall emotional mood of the herd,” the ministry said.

“The impact of VR glasses on milk production will be demonstrated by further comprehensive study,” it added.

Researchers confirmed the project would be scaled up and extended.