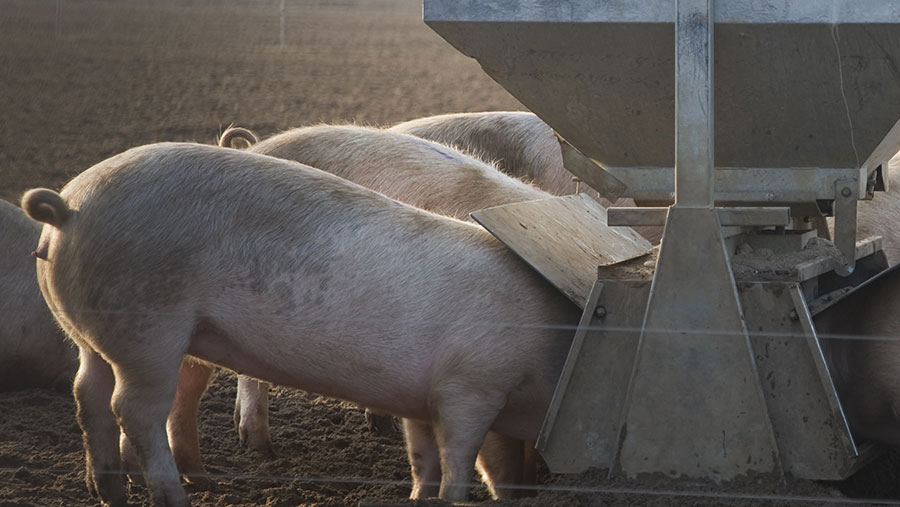 The National Pig Association (NPA) has warned of the potentially disastrous repercussions from feeding waste food to livestock after a farmer was fined £4,000 for giving his animals meat sandwiches.

Mr Tallis appeared before Bradford and Keighley Magistrates’ Court on Friday 14 July and was fined £4,000 and ordered to pay a further £2,000 in costs.

Officers from Calderdale Council and West Yorkshire Trading Standards found a large number of sandwiches containing meat products on site, along with equipment to feed the sandwiches to animals in October 2016.

Mr Tallis confirmed he had been feeding the sandwiches to pigs on the farm.

There is never a good reason to feed pigs meat or any catering waste. The potential cost to our industry is too great and with African swine fever spreading in eastern Europe, the need for the UK pig sector to show maximum diligence has never been more important Georgina Crayford, National Pig Association

NPA senior policy adviser Georgina Crayford said the action “could have been a disaster for the UK pig sector and the wider farming industry”.

“If just one pig becomes infected with African swine fever (ASF), FMD or classical swine fever (CSF), it could close down our industry, stop our burgeoning export market in its tracks and cause untold damage to farming,” Ms Crayford said.

“There is never a good reason to feed pigs meat or any catering waste.

“The potential cost to our industry is too great and with ASF spreading in eastern Europe, the need for the UK pig sector to show maximum diligence has never been more important.”

She urged farmers to stick to laws which were introduced after the 2001 FMD outbreak.

In 2001, the FMD outbreak was officially blamed on the feeding of raw swill on a Northumberland pig farm.

Within 12 months, 10 million animals were slaughtered and £8bn was wiped from the UK economy.

A year earlier in 2000, a CSF outbreak was thought to have been caused by a pig eating a ham sandwich dropped in a field.

In that outbreak almost 75,000 pigs were killed.

“The laws are in place for a very good reason and we would like to remind all farmers and pig keepers in the strongest possible terms that they must be adhered to at all times,” Ms Crayford added.

Due to the risk of cross-contamination, this includes vegetarian kitchens, where products of animal origin such as milk are used in food preparation.