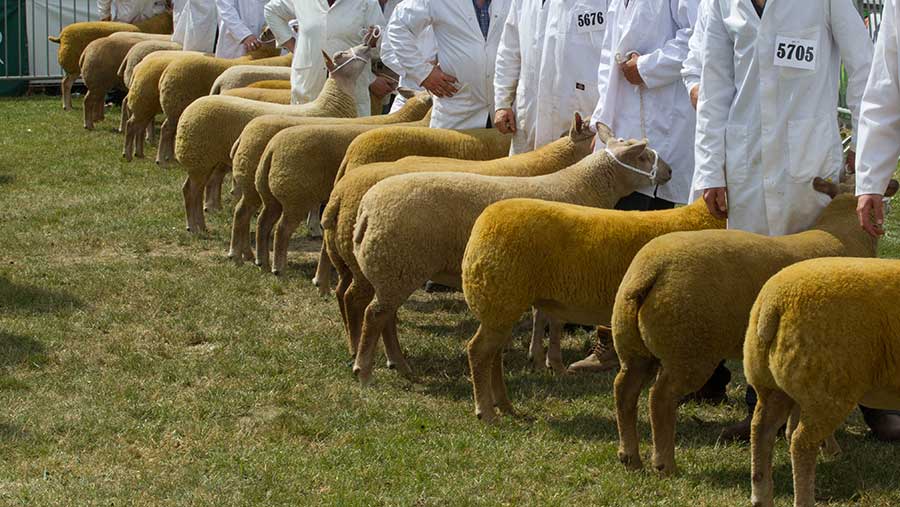 A slow uptake in applications for a new livestock movement system in Wales could leave the country’s local agricultural shows struggling for cattle, sheep and goat entries this season.

With the start of the show season just weeks away, only 68 farmers have applied to have a quarantine unit (QU) on their holdings since the system replaced isolation units and sole occupancy authorities last September.

A farmer or livestock exhibitor in Wales must have a QU if they intend to move livestock on or off their holding within a six-day period, as is often the case during the peak of the show season.

Certification costs £172.80 and lasts for 18 months, so the low level of uptake so far could mean farmers are taking a tactical approach by delaying applying until the last possible moment.

The Welsh government believes this to be the case and said it “did not expect many, if any, new applications until the spring”.

Helen Davies, who exhibits the Horton flock of Suffolk sheep with her father, John Pryce, was one of the first to be certified last year, but said if farmers get the timing right, a single licence can bridge two show seasons.

But she believed the cost would put others off from applying and worried that this will affect shows; if two shows are less than six days apart it is likely that exhibitors will attend just one instead of paying for a QU, she suggested.

“We always exhibit at Shrewsbury and Staffordshire, which are within two or three days of each other. Dad buys and sells rams and ewes, so we decided to go ahead with the licence last year. But when it runs out later this year, we might be able to manage our sales differently and won’t bother applying,” admitted Ms Davies, who is also the National Sheep Association’s regional development officer in Wales.

There have been many critics of the costs and strictness of the new system, including the Farmers’ Union of Wales.

Deputy president Brian Thomas has called on the government to review the rules “at the earliest possible opportunity”.

He said although the principle of isolating animals when they come on to a farm is one that should be followed, the cost and “impractical nature’’ of the rules and the movement reporting requirements represent a major obstacle to achieving this.

One of those rules is the requirement to electronically report animal movements within 24 hours.

Ms Davies said this was unworkable for many. “Internet access is still a big issue in Wales.

“Even though I have raised this at stakeholder meetings, the answer is always the same, the onus is on the farmer to make sure the movement is reported.”