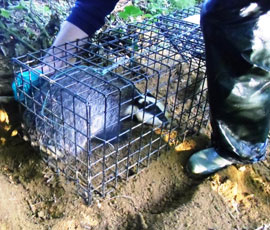 The leader of a Welsh farming union has insisted the Welsh Government has let farmers down by refusing to cull TB-infected badgers.

Farmers Union of Wales president, Emyr Jones, said farmers would pay dearly for the government decision to opt for a five-year vaccination programme over culling.

“How can we possibly agree with the reversal of a policy for which our members, both inside the IAA and across Wales, have paid and will pay, so dearly – and which all the evidence tells us will mean more of our members’ cattle being slaughtered? Of course, we cannot,” Mr Jones told delegates at the FUW’s annual general meeting in Aberystwyth.

In evidence previously supplied to the FUW, scientists admitted that half of confirmed bovine outbreaks in TB hotspots were likely to be caused by badgers. “And what did the government decide to do? Ignore the 50% and vaccinate the rest,” said Mr Jones.

He also used the AGM as an opportunity to criticise the Welsh Government for delaying progress of TB eradication by conducting a review of scientific evidence which had already been accepted by the previous administration.

“Five months for a 13-page summary of what we already knew? If the FUW’s policy department took more than a few days to produce such a document there would be trouble,” he said.

Mr Jones also criticised the Welsh Government for scrapping the Tir Mynydd hill farming support – a direct loss of £25m to upland farmers – although some of this money will still be available through the Glastir environmental management scheme.

Have your say on bovine TB in Wales on our forums