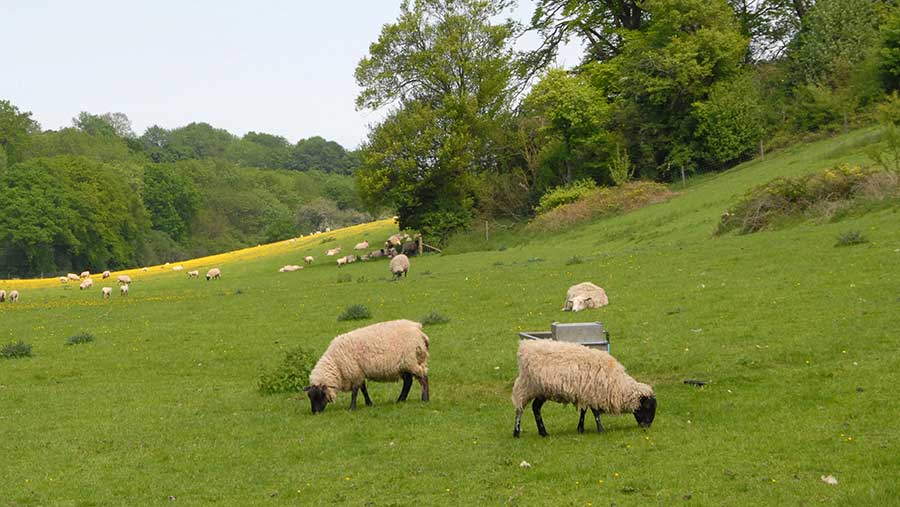 Wet summer weather and a mild autumn have created a high risk of liver fluke infection for sheep and cattle in parts of the UK.

These areas had some of the wettest summer weather on record, with higher than average rainfall in May through to October.

The summer rain, combined with a milder than average autumn provided good conditions for the mud snail – the parasite’s main host – to thrive in standing water.

That meant levels of acute fluke infections, which occur at grass as livestock ingest liver fluke metacercariae from contaminated pasture, have been high.

Speaking on a Nadis webinar, vet and parasitologist Mike Taylor explained that infected sheep go on to develop chronic liver disease, caused by the adult fluke, in the late winter/early spring.

To treat the disease Nadis recommended that for sheep that had received a second triclabendazole (TCBZ) dose in the higher, acute fluke-risk regions of the country, the next flukicide could be delayed until January.

Professor Taylor also said that where TCBZ resistance had been confirmed, or was suspected, then closantel or nitroxynil could be considered because these control later immature and adult fluke.

Albendazole and oxyclozanide are effective from 10-14 weeks post-infection and can be used when treatment is recommended to remove adult flukes only, he added.

Subsequent spring treatments will remove any surviving adult flukes and prevent pasture contamination by fluke eggs, reducing the risk of disease later in the year.

The Nadis service also suggested that any farmers in lower fluke-risk regions, identified as the east and south-east of England, should consult their veterinary surgeons about fluke control measures.

Where sheep have not been treated, then faecal samples from around 10 animals would identify any fluke infection acquired during the autumn and indicate the need to treat the flock.

For out-wintered cattle in high fluke-risk areas Nadis recommended considering dosing animals in December. But because acute fluke is rare, consideration should be given to using either alternatives to TCBZ, Nadis said.

Cattle dosed on housing with these alternative treatments should be tested for the presence of adult fluke, or given a second treatment to ensure all fluke are removed, it added.