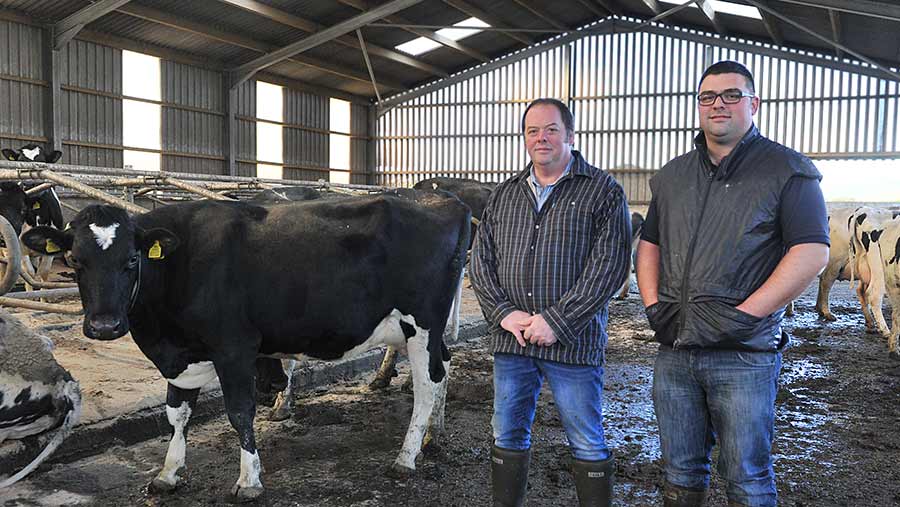 For father and son Geraint and Simon John the most cost-effective solution for meeting their additional accommodation requirements was to build a cubicle shed linked to their existing housing.

With features including walls made from perforated sheeting, wide passageways and tipping stainless steel water troughs, they have created a comfortable and high-welfare facility that has improved cow health and milk yields.

The pair were milking 170 Holstein Friesians on an year-round calving system when Simon’s father-in-law, David Howell, presented them with an opportunity to increase cow numbers by 110.

Mr Howell wanted to cut back on his day-to-day farming activities, but without relinquishing ownership of his pedigree Pendwr Holstein Friesian herd.

With the Johns looking to expand their dairy operation at Tymeini, the family farm at Tufton, near Haverfordwest, a cow hire agreement facilitated by their farm consultant, John Crimes of Cara Wales, ticked all the right boxes for both parties.

To facilitate the herd expansion, the Johns have built a shed incorporating 119 cubicle stalls.

It was first put to use in February 2018 and, as Simon John explains, it is returning dividends through improved cow health and productivity.

How did you design the shed?

I worked off-farm in the agriculture sector before I came home to farm and had picked up ideas while visiting other farms.

I used some of the best features from those sheds, with my main focus on cow comfort and feed space. 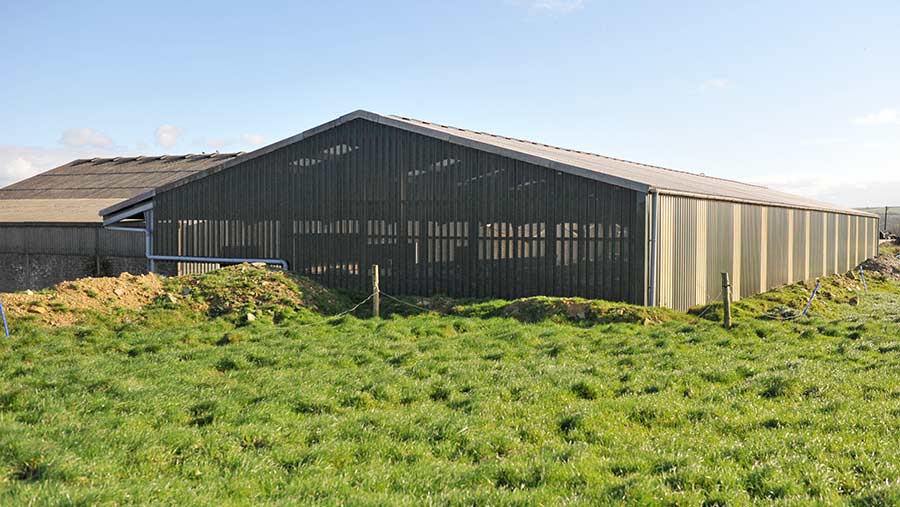 I wanted the accommodation to be roomy, especially around the feeding area, because we had had issues in our existing shed with crowding at feeding time.

To allow for this we created 90m of trough space, enough for 140 cows to feed, with a 5m wide passageway next to the feeding troughs so there is no pushing and shoving.

How the cow ownership agreement works

We didn’t have a budget as such, because we knew there would be additional work to do around linking the new and the old housing, which included removing a concrete wall in old shed that is directly adjacent to the feed passage in the new shed and laying concrete in the walkways between the two.

There are 119 cubicles and cows are housed from the end of September to the end of March.

We previously ran the herd as one group, but the new housing allows us to split the herd into two groups according to yield.

The high-yielders are in the new shed. However, if we have more high-yielders than we have cubicles for, we can use part of the old shed where there are 192 spaces.

Arfon B Williams of Maenclochog supplied the shed and we hired Rhoswell Construction to put it up. We started work on it in October 2017 and it was finished by February 2018.

What beds have you opted for? 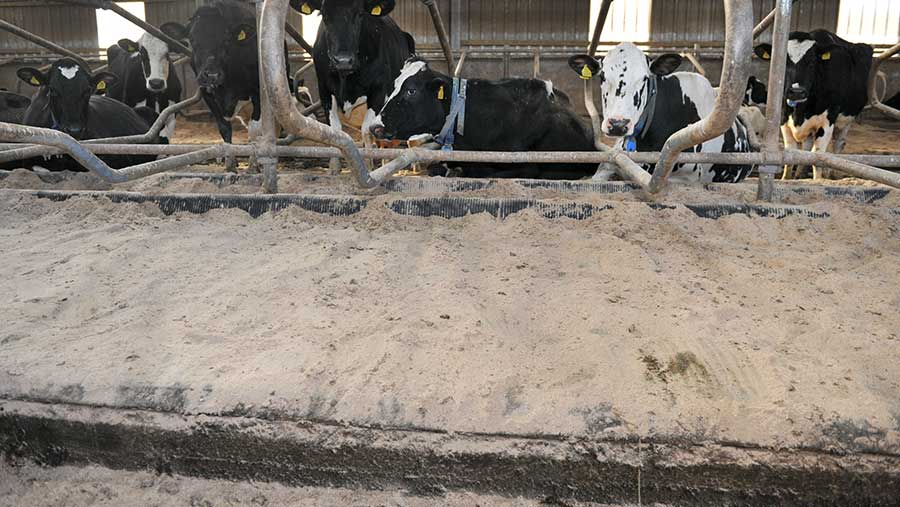 I spent a lot of time researching the different options and this combination seemed to deliver what we needed in terms of comfort and price.

I am a big believer in keeping beds dry, so we are big users of sawdust. We top the beds up every day, which takes about 10 minutes with a dispenser, and clean them out after turnout in the spring. 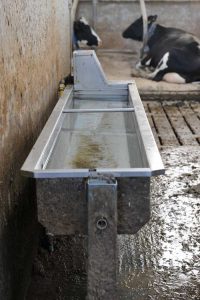 I love it all. It is roomy and airy and the cows just love it.

Two stainless steel tipping water troughs at £550 plus VAT each.

We already had tipping troughs in the yard, but they are galvanised and are prone to rusting.

Cleaning the new troughs out is quick and easy, they come up like new every time and there is a fast-fill ball valve for replenishing the water quickly.

The perforated box profile cladding at the gable ends, which allow natural light and ventilation and keep the shed airy at all times. 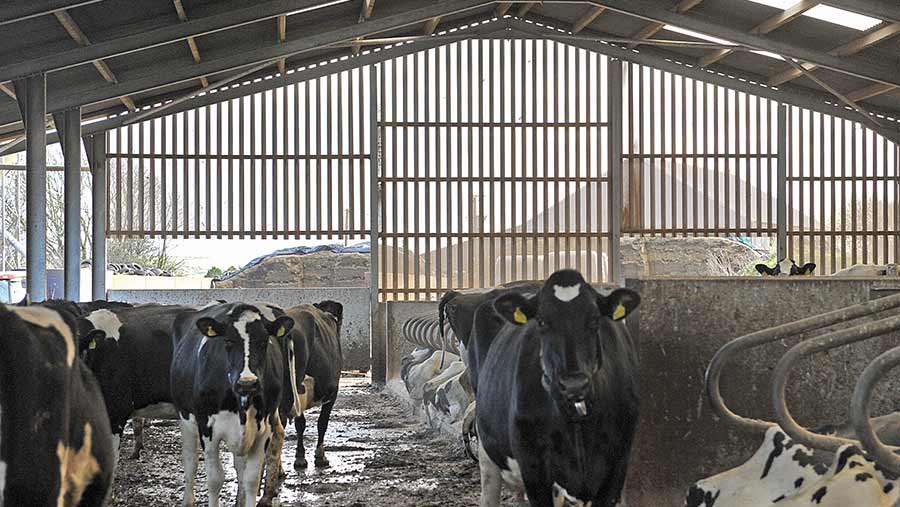 Another of the walls is south facing and gets a lot of weather, so we used standard box profile on this with a Perspex panel in every other bay to provide natural light.

The fourth wall is opposite the old shed so is open-sided with the feed passage running the length of it. 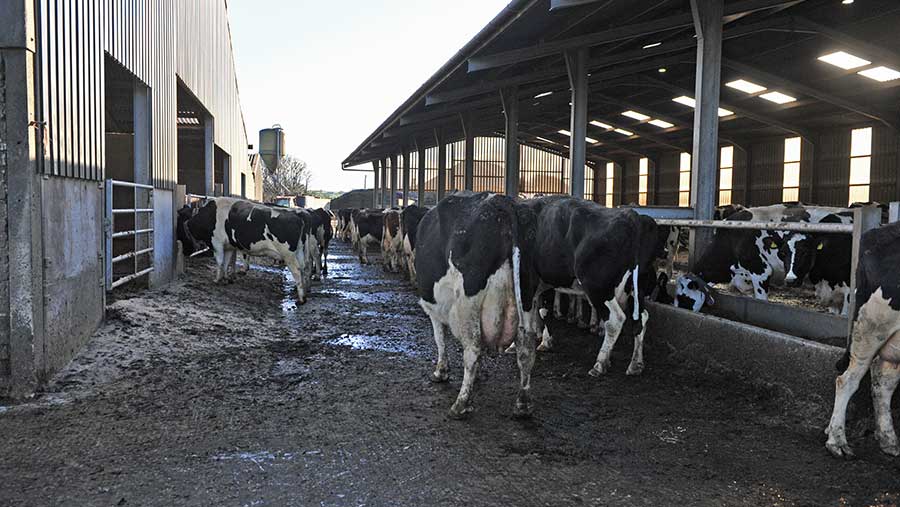 We wanted to keep the shed as natural and airy as possible. We didn’t want to install fans because when you are farming at 168m, one thing you are not short of is air and a breeze.

We sacrificed passage space in the drinking area for cubicle space – this passageway is 2.4m wide, but ideally I would like it to be 4.5m  to give more space around the water trough. 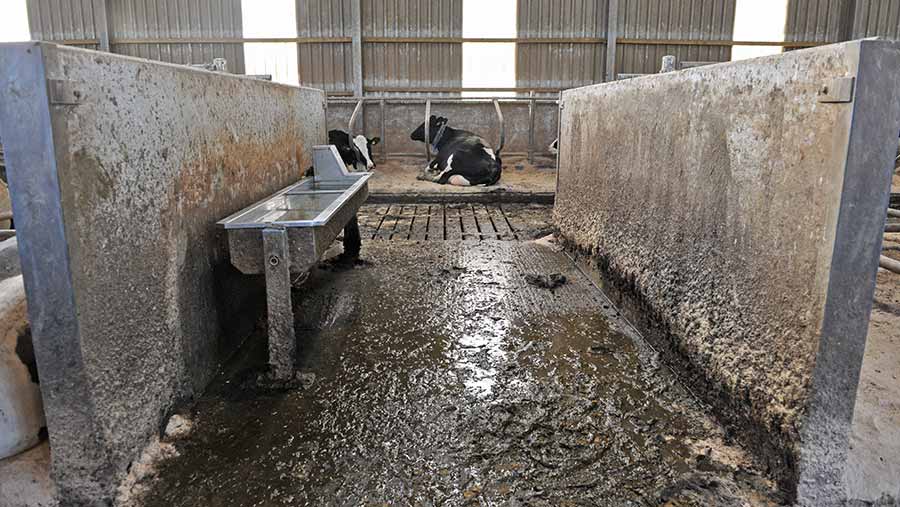 It was a choice we had to make – six additional cubicles or a wider passage; it was the one thing I couldn’t match up on paper when I was doing the planning.

It is the first time we have had more cubicles than cows, which means cows spend more time lying down.

They are resting for longer and don’t have to jostle for space at the troughs, so we no longer get as many cases of sole ulcers.

We were under pressure for a while when we first expanded the herd and when the new shed became operational in February 2018, we saw an immediate uplift in milk yield of 2 litres a cow a day.