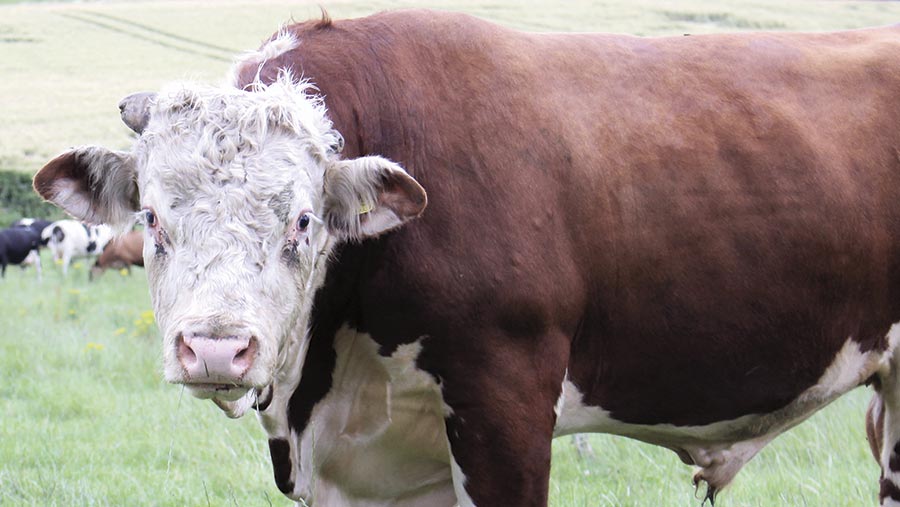 The need for a robust bull that can mate a large number of cows, while staying fit and healthy, is the main reason dairy farmer Tom Rawson turned to the Hereford breed.

Mr Rawson, is one of three partners in Evolution Farming, which operates six farms – four conventional and two organic – across the country.

They are also hoping to take on a further two farms this year and by the end of 2017 look to be milking well over 2,500 cows.

The farms are either tenanted or managed by Evolution Farming, with practices consistent across each of the units.

Cross-bred cows are calved in blocks, mainly in the spring on each of the sites, with a high dependency on milk from forage.

Breeding cows are AI’d for six weeks to dairy and then there is a week’s transition with beef semen.

After that, a Hereford bull is turned in with the cows to pick any that are not in calf.

“We have a lot of cows to mate and there is also a lot of walking that needs to be done as they are walking to and from the parlour every day,” says Mr Rawson.

“They are also housed inside in the autumn, which can be hard on bulls, so we need a robust breed that is good on its feet, but also easy calving,” he says.

Mr Rawson says the Hereford also has the advantage because it is easy to identify calves sired by them.

“We were using Angus bulls before and still have two bulls, but sometimes it was hard to identify which calves were dairy-sired and which ones were sired by the Angus.

“With the Hereford, you can tell easily due to their colouring,” he adds.

Evolution Farming has 13 Hereford bulls at the moment across the six sites with new bulls bought in every year as the enterprise grows.

All bulls are sourced from the Elwess herd of Herefords owned by Simon and Victoria Elwess, Lincolnshire, who Mr Rawson discovered on social media.

“Simon and Victoria are quite active on Twitter and that’s where I found them. We now buy all our bulls from them,” he says.

Bulls are bought at about 13 months, which Mr Rawson says makes them the perfect size to use across maiden heifers.

He then uses bulls two-years-old or older on the cows. 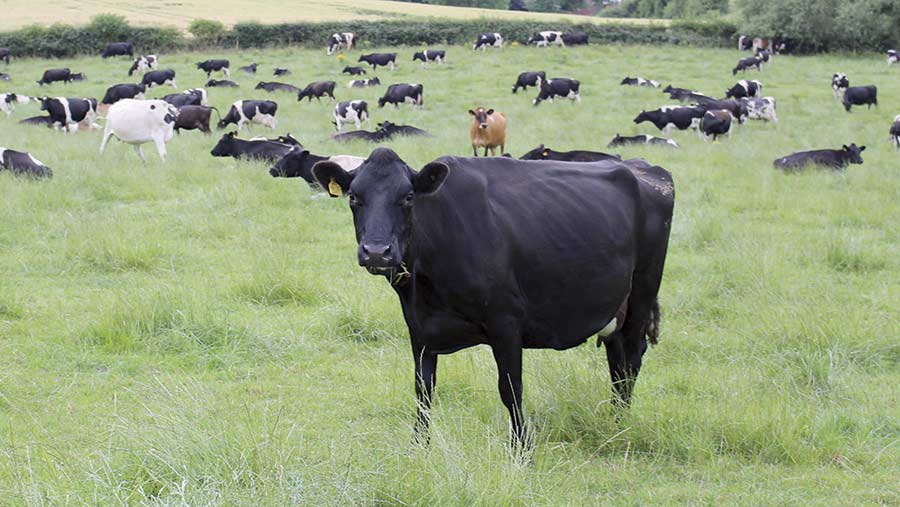 When buying bulls, he is looking for calving ease, good feet and legs, good sale value and importantly he “likes working with nice people”.

“I have a good relationship with Simon and Victoria and have been really happy with their bulls. They have also started buying back some of the calves this year too,” he says.

Due to the premium supermarket schemes for native-bred stock, Mr Rawson also has a ready market for his calves.

He is selling calves on to dedicated calves rearers at a couple of weeks old and occasionally sells some through the market to make sure his prices are set at the right level.

This spring he was also approached by some large-scale calf rearers, which may open up another avenue for his calves. The calves are not only popular with calf rearers, but suckler producers are also interested in them as a dairy cross Hereford makes a good suckler cow, due to their ability to milk.

Victoria Elwess says she was approached at the Lincolnshire Show by Hereford breeders Warner and Burnell who have bought some dairy cross Hereford heifers, as they make a good suckler cow.

“It means you not only have one outlet for calves going on to be finished, but also for breeding stock too,” she says. 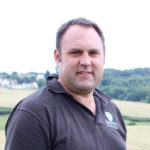 The Elwess’s have also bought some bull calves back this year and are going to see how they grow on.

“If we have enough forage and straw and the shed space then we will look at finishing them. We have never reared calves before, so have just started with eight,” she says.

The Elwess’s established their herd in 2009 with lines going back to the Tarrington, Rowington and Wenlock herds.

Their aim is to breed cows that are easy calving, have low birth weights, but good 200 and 400-day growth rates, and that score well for fat and muscle.

They also select for temperament, soundness and ease of management. They are also accredited free from bovine viral diarrhoea and have a risk level two for Johne’s after having two free tests.

They sell most of their bulls between 12-15 months, easing pressure on housing by not having to house for a second winter.

To help draw a comparison, this year they purchased a bull with more accuracy – the eight-year-old Ervie L1 Achiever 91151 .

Advice for other dairy farmers

Mr Rawson says if dairy farmers are looking to produce calves that calve easily, have a good sale value and have bulls that are robust and have good feet and legs, then the Hereford is the breed.

“We will continue using the Hereford as they are working well across all of our farms,” he says.

Who are Evolution Farming?

Evolution Farming was formed in January 2010 by co-founders Tom Rawson and Oliver Hall with the aim of developing a sustainable dairy business.

In April 2016, Charlie Crotty bought into the business.

The philosophy of the company is to keep farming systems simple; as a result block calving cross-bred cows with a high dependency on milk from forage are at the heart of the business.

They milk a further 300 spring-calving cows on a contract farming agreement in Ayrshire, Scotland (168ha).

Finally, they have three management agreements where they supply all management and some or all of the labour to the businesses.

The third is in Norfolk where they are establishing a 500-cow organic autumn- and spring-calving business.