Despite a fantastic Charolais entry, it was a “tremendous” home-bred Simmental cow-and-calf outfit from Jimmy and Vicky Wood, Popes Simmentals, Dutton, Preston, that caught the eye of judge Jimmy McMillan, Brechin, Angus.

Popes Princess Cleo, shown with a heifer, is by natural service to Stirling senior champion Banwy Wonderboy, bought for 9,500gns in 2010.

She calves on 6 May after a natural service from Kilbride Farm Comber, which was bought from the Watsons of Kilbride Farm at Stirling in October 2012 for 20,000gns. 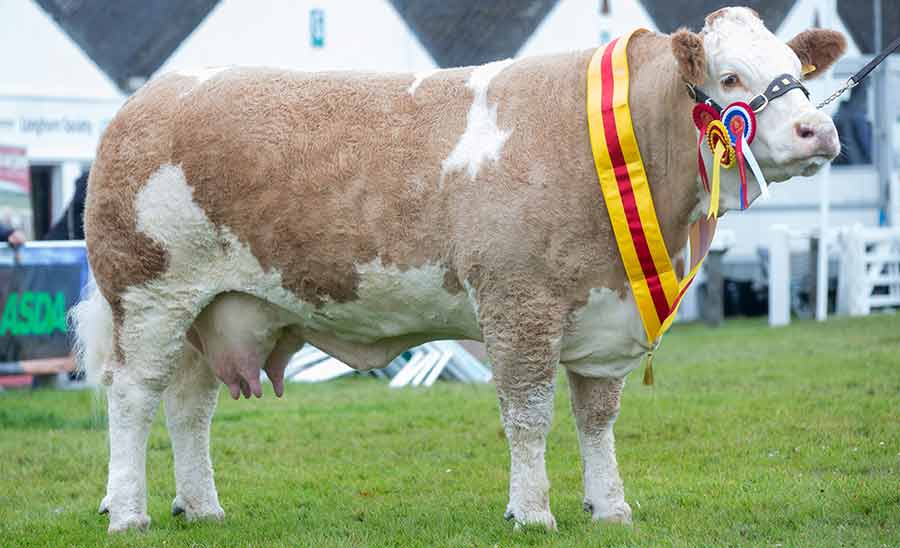 No stranger to success, Cleo made history last year with back-to-back home-bred pair championship wins at Harrogate and the Royal Welsh Show, where she also secured the reserve interbreed rosette.

Mr McMillan then tapped out May 2015-born Limousin bull Foxhilfarm Lordofthering from Michael, Melanie and Charlotte Alford, Cullompton, Devon, as his reserve. 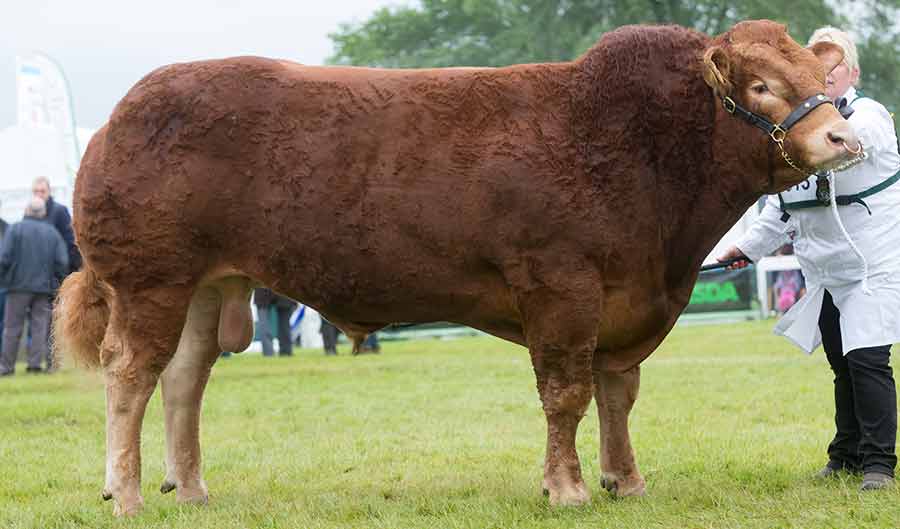 Lordofthering is a Guards Boomer son out of Bankdale Alice, a dam whose first two daughters have bred £700,000 of breeding progeny.

It was a Yorkshire fairytale in the pig interbreed ring for Saddleback breeder Caroline Dunston, Falmouth, Cornwall, and Nancenoy Dinah 5, which earned the Dunston’s first breed championship at the Yorkshire Show and also took the interbreed crown.

The eight-year-old champion is in pig with her fourteenth litter and is by Nancenoy Granduke 2. She was bred at home, where Michael Dunston has been breeding pigs for forty years. 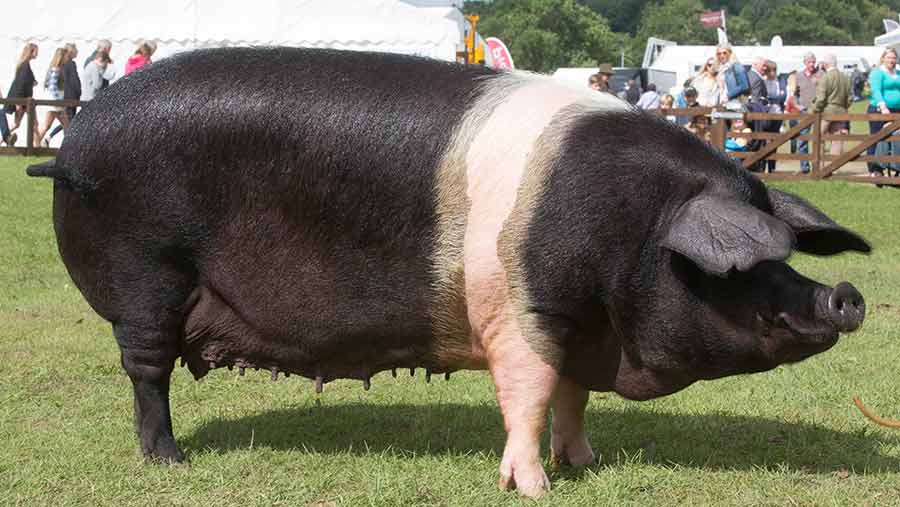 Previous accolades include sow championship silverware at the Royal Cornwall Show this year, the Okehampton Show interbreed title in 2015 and the Devon County traditional female title in 2014.

A Tamworth gilt then claimed the reserve title for the 30-sow herd of Andrew Brown, Minehead, Somerset, also making history by snatching the herd’s first breed championship and interbreed rosette.

The August 2016-born daughter of Royal Standard 1070 also delighted judges at the Bath and West and Three Counties shows, where it won breed championships. It will head to the Oakhampton, Mid-Devon and Newbury shows this summer.

The day’s supreme champion was bought from Ted Fox, College Flock, in 2016 for 8,500gns at Carlisle’s in-lamb Beltex sale, where it was crowned champion. 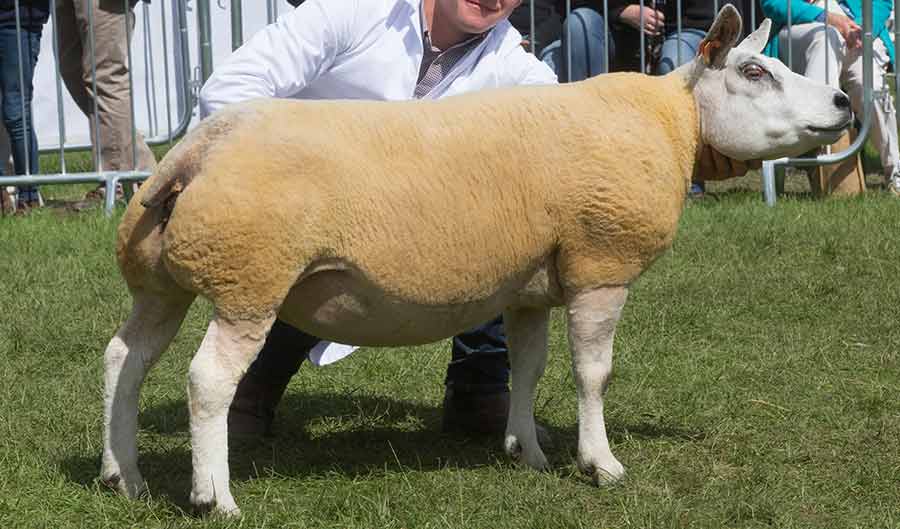 College Adele is by Kingledores Trojan and out of College Rose.

Shown by Tom Buckle, the red ticket winner was described by judge Allan Wight jnr of the Midlock flock, Biggar, as being full of character and a “good handling animal”.

In reserve were Claire and Ruth Guy from the Warren Woods flock, Marrick, Swaledale, with a North Country Cheviot gimmer shearling. 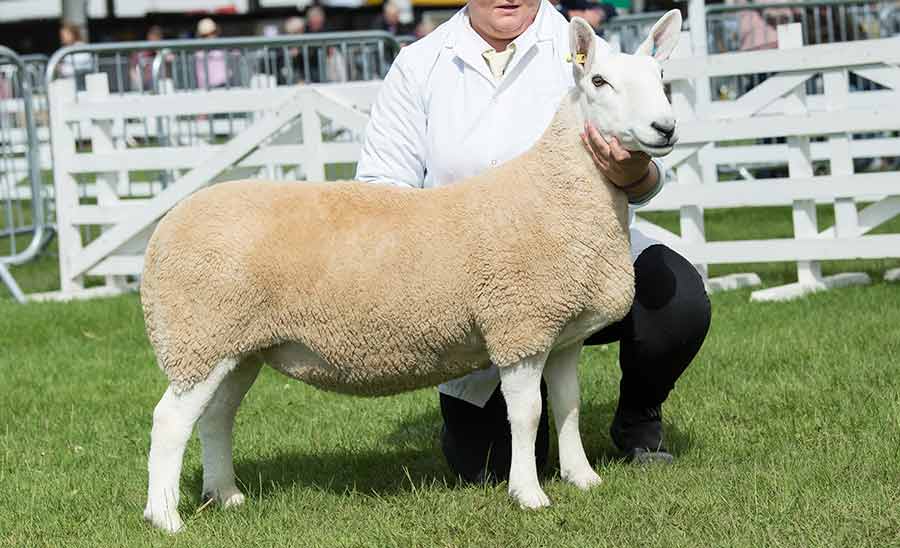 The home-bred ewe is by Howden Grange Billy and will head to local shows at Wensleydale, Stokeseley, Masham and Westmorland County. Back home the Guy family have a mixed 250-head flock, also breeding Scottish Blackfaces and Texels. 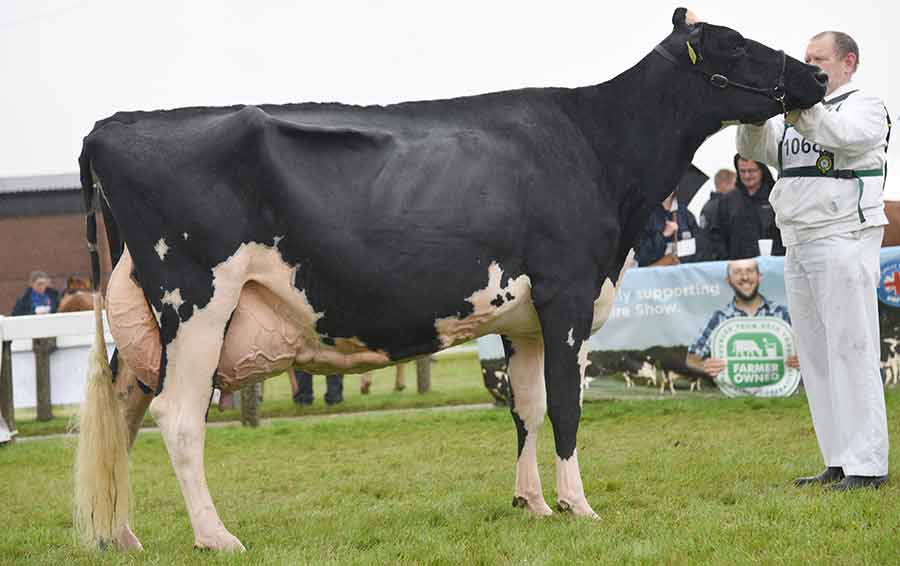 An impressive winning run has been continued by Newbirks Jazz 1584, owned by the Butterfields © Tim Scrivener

Bred by the Lawsons, Otley, West Yorkshire, the showstopper gave more than 13,400kg at 4.32% fat and 3.46% protein in her first lactation and is by Braedale Goldwyn son Comestar Lavanguard and out of an Ex90 Newbirks cow.

A junior red Dairy Shorthorn cow from Collins and Partners, Dewsbury, West Yorkshire, was narrowly tapped out as reserve. Churchroyd Bronte Wildeyes 46 is by Churchroyd Goldwin and out of a VG dam. 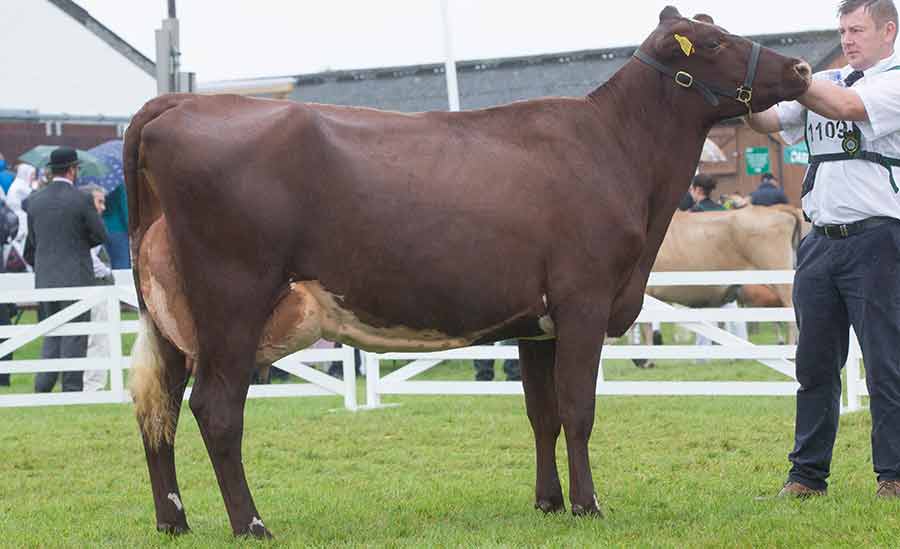 She also impressed judges last year, claiming the breed reserve title at Borderway’s Dairy Expo, and started the summer in style with a breed championship win at Otley in May.