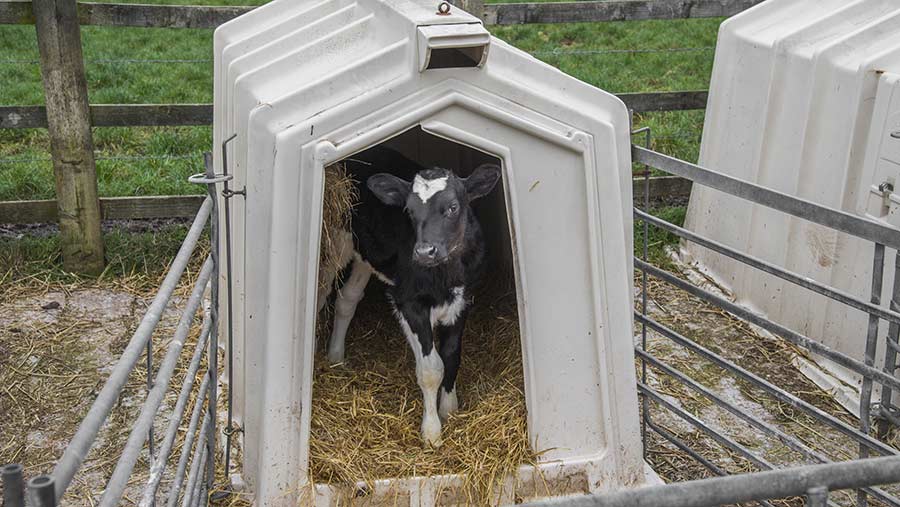 Supermarket giant Tesco has cited “latest scientific evidence” in justifying its recent requirement that all dairy calves on supplier farms are reared in pairs or groups.

The decision has met with mixed reviews, with farmers who still use single-calf hutches burdened with extra work in making their systems conform with the supermarket’s revised Livestock Code of Practice.

Tesco said the change applied to Tesco Dairy Group members and followed consultation with both farmers and veterinary advisers.

Research behind the single-calf hutch ban

Herd manager Warren Thomasson, who manages the 600-head Cotton Abbotts herd for Andrew Walley, near Chester, said some building alterations would be required but that most calves were group-housed on the farm.

“The only thing we need to do is cut a hole in the plastic dividing walls in the stables, so rather than five individual pens we will have a pen of two and a pen of three,” Mr Thomasson said.

Cheshire-based supplier Tom Mansell said he was in favour of the move.

However, he stressed that he had not used single-calf hutches since moving to his current 220-cow unit 10 years ago. He rears calves from day one in penned groups on milk bars.

“No system is completely perfect and some farmers will be concerned about naval sucking when grouping calves together, although that’s not something we’ve encountered,” he told Farmers Weekly.

“The important thing is to give calves a good start and sufficient colostrum. Grouping calves does seem to minimise stress on them.”

He said other dairies may follow suit in the future as consumer perception and animal welfare issues remained a red-hot topic.

“Tesco are paying a premium of roughly 1.5p/litre above the standard price, so things like this are probably justifiable,” Mr Mansell added.

Are you a Tesco supplier? Let us know what you think about the move by emailing michael.priestley@proagrica.com