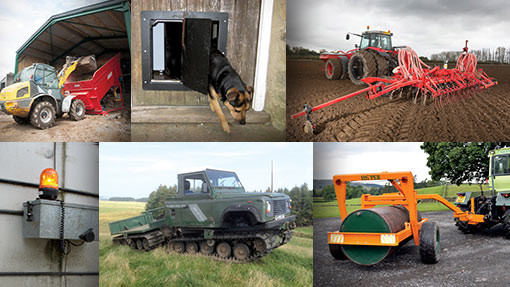 This year’s farm inventions competition was full of clever, workshop-built machinery. Here are the winners and runners up for each category.

In a bid to boost milk yield and improve cow condition Tim Gibson set about building a custom automatic feeding system. Based on a central mixer bought from a feed mill in Denmark and conveyors picked up on Ebay, the system keeps his 200 cows topped-up with feed throughout the day. The system took about six weeks to build and cost £55,000. 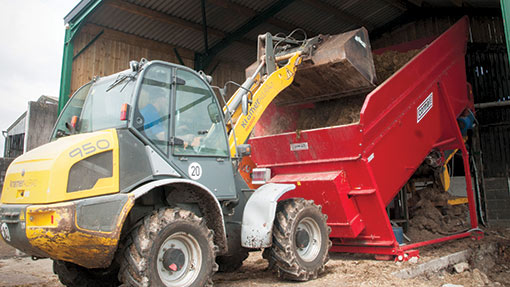 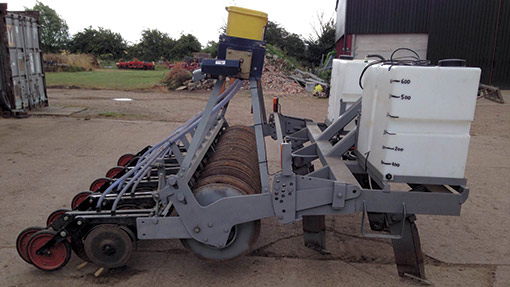 Best of the rest: 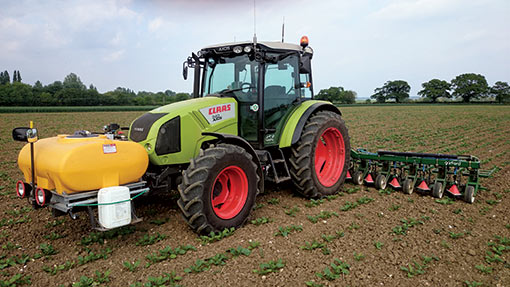 Serial inventor Aaron Hogsberg built this brand sprayer to help lower chemical costs and improve efficacy when spraying sugar beet. It can be bolted on his sugar beet drill or his Garford Robocrop hoe for use later in the season. Rate control is via an RDS unit and it has a front-mounted tank. He uses it on a Claas Axos 340 with RTK guidance. 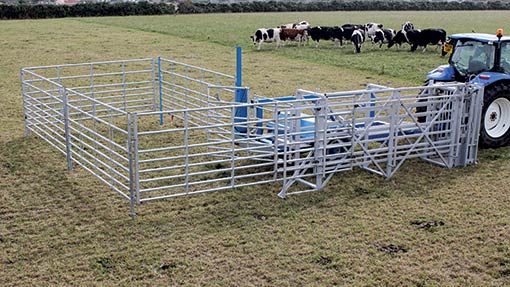 Pembrokeshire dairy farmer Steve Davies designed his own mobile cattle raceway to deal with his herd of 160 cows, plus followers during TB testing. A salvaged Hi-Spec feeder wagon chassis carries the trailer-mounted race, which includes an IAE yoke and assorted fencing. The whole system is pushed into position using a hydraulic ram and takes about two minutes to set up. 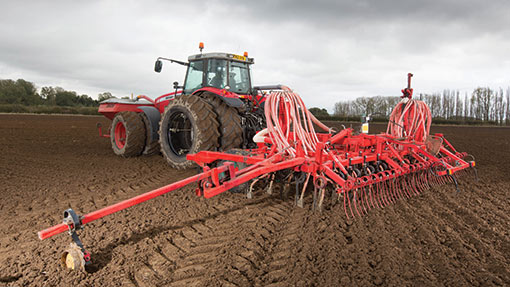 Matt Brocklesby built this impressive mounted tine drill to take over from the farm’s 8m Vaderstad Rapid when the going gets too sticky. The production job took almost six weeks and cost between £10,000 and £15,000. A front-mounted Kverneland hopper holds the seed and helps counter the weight of the drilling rig hanging off the rear. 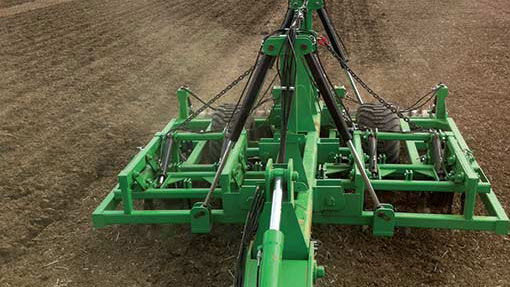 Having hunted high and low for a reasonably priced replacement for the farm’s Teagle subsoiler, John Lyon scribbled out a few basic drawings before deciding he could build one himself. More than 6t of steel went into the project, most of which came from 12mm box section. The roller was made in-house, too. The subsoiler is 4.2m wide and needs a minimum of 430hp on the front. 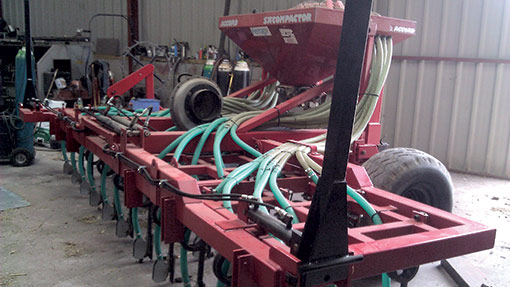 Father-and-son team Rob and George Chillcot decided they were compacting the soil too much during cultivations on their Somerset farm. The answer was to build a one-pass cultivator drill. The Chillcot’s bought some Simba Freeflow tines and a scavenged seed box and metering system from an Accord drill. They then mounted the whole lot on a home-made 4.6m frame. 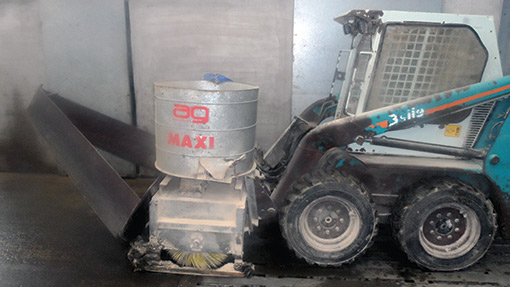 Robert Drummond built this ingenious three-in-one skidsteer loader to scape and brush slatted floors while blowing sawdust into cubicles. It can also be used to push silage into hungry mouths. The build was completed in his spare evenings over two weeks and Mr Drummond has been using the machine on the front of his Irish-built Belle skidsteer for the past five years. Total build cost was £1,300. 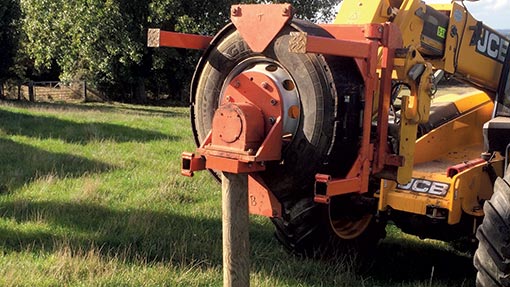 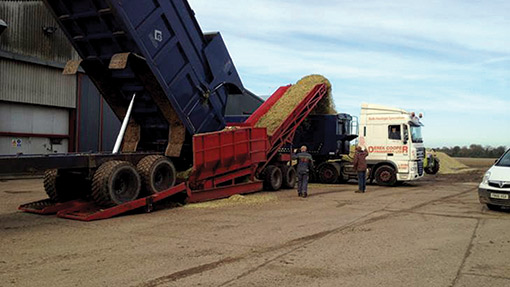 Joe Willams’ silage loader can be used to load grass, wholecrop and maize silage for anaerobic digesters. It’s a standalone machine that can be positioned on hard standing to load from farm trailers into road-going bulkers. It can load 14t in just five minutes and is powered by a 75hp Deutz engine via two hydraulic pumps from a Liebherr digger. 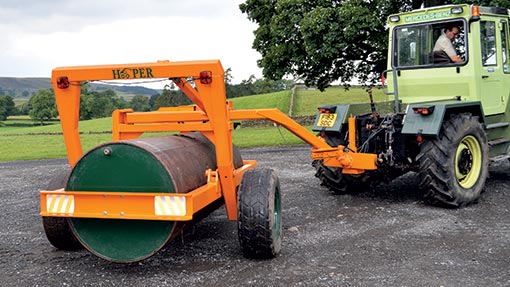 Robert Hooper’s roller has a 42in barrel and weights about 4.5t. A single hydraulic ram moves the drawbar and axle in one movement to shift from field to road mode. The build cost was £2,500. 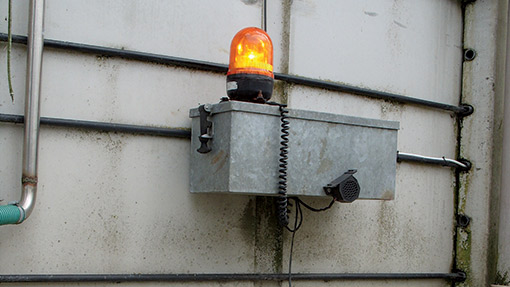 Albert O’Neil came up with this clever system to stop valves being left open when the slurry tanker is filling. A warning beacon and an alarm similar to the reversing bleeper on a telehandler were rigged up and powered by a 12v tractor battery. A switch is fitted to the external arm on one of the valves, which fires off the alarms when it is engaged. 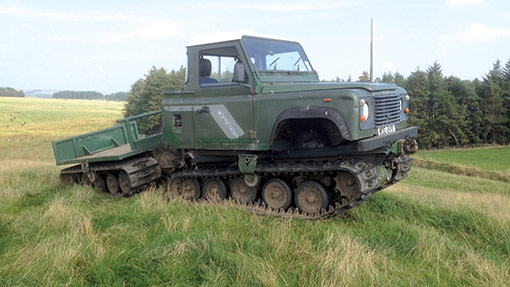 Northumberland fill farmer George Anderson mated a rusting Volvo personnel carrier with an old Land Rover Defender to make this go-anywhere hill vehicle. First he removed all the bodywork from the ex-Swedish Army Volvo and built a trailer body on the rear driven section. He then did the same on the front before dropping on the Land Rover. Once drive shafts were connected it was ready to go. In total the project cost £2,000. 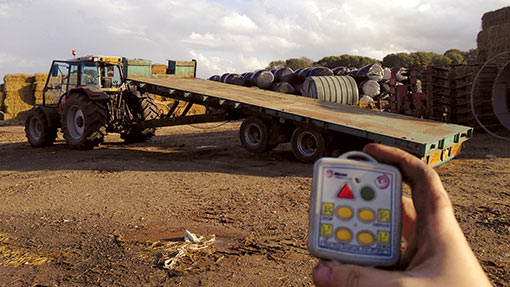 Student Josiah Jones built this remote-controlled tilting flatbed using an old boat-moving trailer and some electric hydraulic valves from a Chafer sprayer. A sub-chassis was slung under the main trailer body with a pivot point in front of the wheels allowing it to tilt. An electronic winch control was then linked to the Chafer valves so he could lift it remotely. 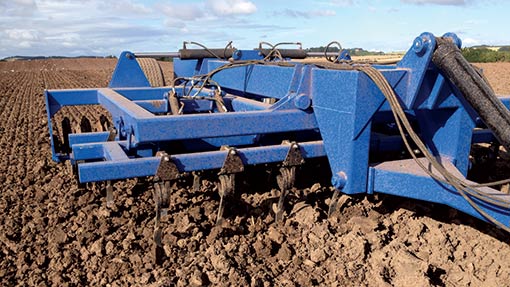 Kelso farmer Kevin Trotter built a hefty looking trailed press earlier this year to knock down furrows ahead of his combination drill. The 4m press folds hydraulically and has three rows of pigtail tines at the front followed by hydraulically adjusted levelling boards. There’s then a packer at the rear. It cost about £9,000 to build. 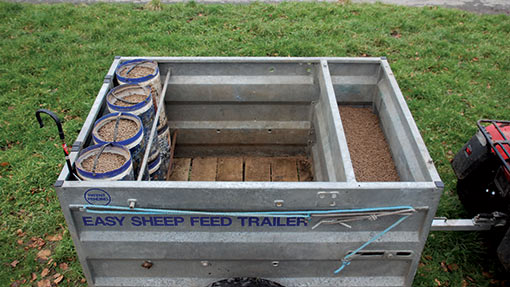 Seasoned inventor Jonathan Caygill came up with this multi-use trailer to feed and carry sheep on his farm at Rylestone near Skipton. The Easy Sheep Feed Trailer has a hopper at the front that holds up to 275kg of feed. Once in the field the feed is released by pulling a rope attached to a sprung lever. When the hopper is empty the lid can be dropped in to the bottom giving a safe place for holding up to 12 lambs. Six ewes can then be put in the back of the trailer. 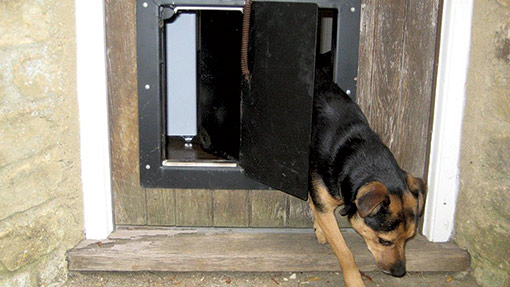 Oxfordshire farmer Frank Henderson was fed up with poor quality commercial dog flaps so set about building his own. It’s made out of 2mm steel and opens around a central pivot, and because the door has a larger surface area than the opening, wind blows it shut. A lightweight spring helps it on its way and a magnet gives it a satisfying clunk as it closes. 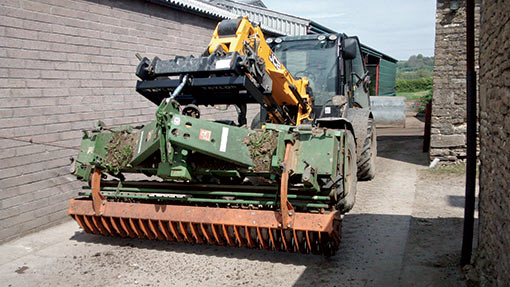 Dairy farmer Mark Taylor designed this useful-looking three-point linkage adapter for his telehandler. It can pick up all of the farm’s mounted equipment and the link arms slide along a steel beam to suit machines with different width linkages. 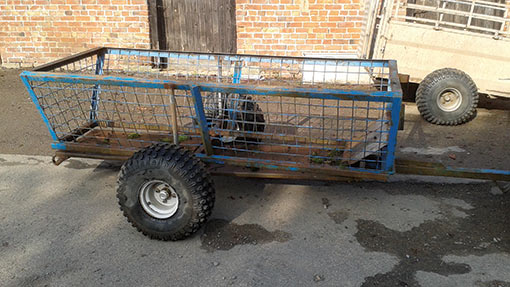 Gavin Beazley’s ATV fodder beat trailer allows simple feeding of beet in the field without churning up the grass. The trailer is loaded with a telehandler and the driver flicks two catches underneath the hoper floor allowing the beet to dribble out slowly.