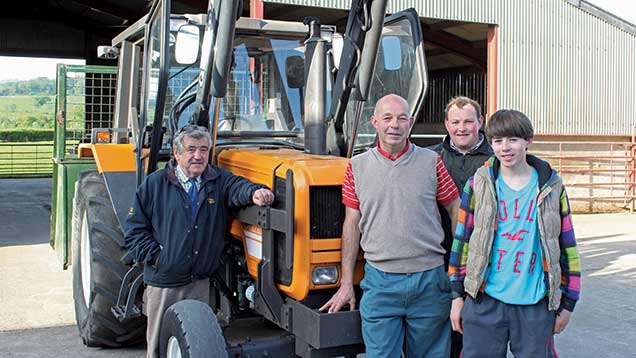 There is no doubt running old kit can save sack-loads of cash compared with buying new, but if you don’t take servicing seriously, that bargain oldie can end up costing you a fortune.

To try to keep the bills down, Warwickshire farmer John North keeps his veteran in near-immaculate condition and, with almost 25,000 hours on the clock, he is now reaping the rewards as his Renault reaches a ripe old age.

We were shopping for a new loader tractor to replace our ageing Ford 3000. Massey Ferguson was pretty high up the list, but in the end it was the local dealer that won it for the Renault.

The tractor came from Lower Quinton Garages, which is a stone’s throw from our yard. The owner, Geoff Lockwood, had the Renault franchise from 1978 right through to the Claas buyout. He then switched to Valtra – hence the N-series in our shed – and latterly to JCB.

The Renault was three years old when we bought it, but it was in pretty fine fettle because it had spent its previous 600 hours as a training tractor at Moreton Morrell College.

How much did you pay?

I think we got a pretty good deal. It cost £6,200 back in February 1993, though we had to fit a Quicke loader ourselves. At the same time we traded in the old Ford for £1,400, which eventually got packed up and exported.

The Renault’s spec fitted our needs perfectly. You rarely get three spools as standard these days, but it allows us to work the loader and tip a trailer without having to mess about with pipes.

The forward/reverse shifter was also pretty cutting edge for its time and perfect for shunting round in our yards. Plus it has forward-swinging door that can be locked open when it is not raining.

It lives in the yard. We use it to move round bales for our 200-strong head of cattle and it also carries a box on the back to cart little bales. It never gets really whipped though – we have the JCB for all the tough loader stuff. That means it avoids any muck carting, fetching the bales from the field and loading all the corn. 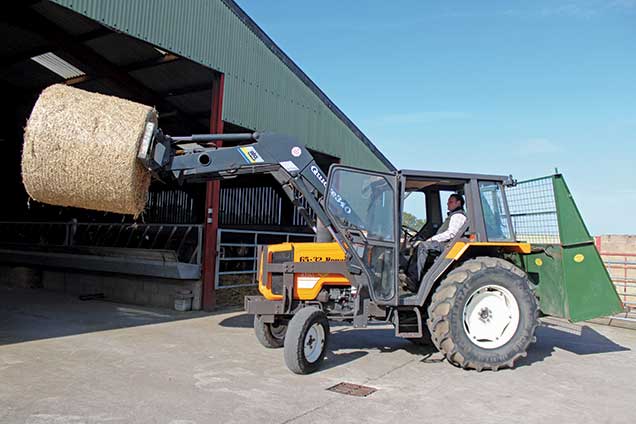 During the summer we also tack on the hay tedder, topper or Vicon Vari-spreader and get it into the fields. It racks up roughly 1,000 hours each year.

We have the New Holland to do most of the farm’s main top work, while the Renault Temis is the farm’s heavy horse.

It runs on 420/85 R28s. The first set were Dunlops and it is now on its second set of rear boots – hand-me-down Continentals from a John Deere.

On the front it gets anything we have lying round. Over the years it has had Land Rover tyres and old trailer rejects, which pretty much stay on the tractor until they go bang.

We take good care of our tractors and the farm in general. The Renault is kept along the feed passage so it has never really been left outside.

It means the bodywork is still in good nick given its age – the only hint of rust on the doors is the result of road salt in the winter, which takes its toll after 25 years.

As for maintenance, we do all the oil and filter services on the farm. It is probably part of the reason why the engine, back-end and gearbox are still in as-new condition.

It has hardly put a foot wrong. The MWM engine has a bombproof reputation and ours has been no different.

It always starts on the coldest winter mornings and, because it is practically on tickover in the yard, the engine and transmission are never under strain. In fact, it is good to get it on something a little more testing such as the topper to blast all the soot out of the exhaust.

It is also suprisingly gentle on the clutch – we put in the first new one back at 15,000 hours (hard to believe, I know). Compare that with the old Ford 3000 that would chew through a clutch every 1,000 hours.

Its only weakness is its fondness for eating alternators and starter motors, which is down to us constantly starting and stopping it.

It has never played up, so it has never crossed my mind to look elsewhere for a replacement. It is perfect around the yard and, because it isn’t worked too hard, the engine and transmission have never been under genuine strain.

No chance. It has been here too long, so I will be keeping it running for as long as I can. Claas still keeps the bits – we can still quickly source replacement starter motors from Mill Engineers – so there is no reason to get rid of it. 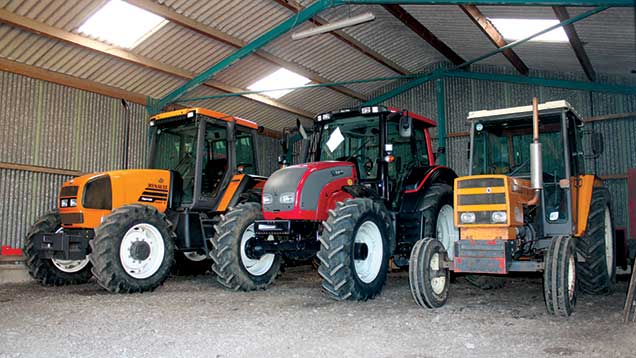