As anyone who knows anything about anaerobic digesters will tell you, finding a home for the outgoing digestate is a key issue that needs to be ironed out early on.

It primarily relies on having enough land earmarked to spread the liquid. In an ideal world, a ring-fenced block of land would be fed by an in-situ umbilical main, but such a layout is rarely a reality and the majority of AD plants end up having to ship their digestate far and wide. 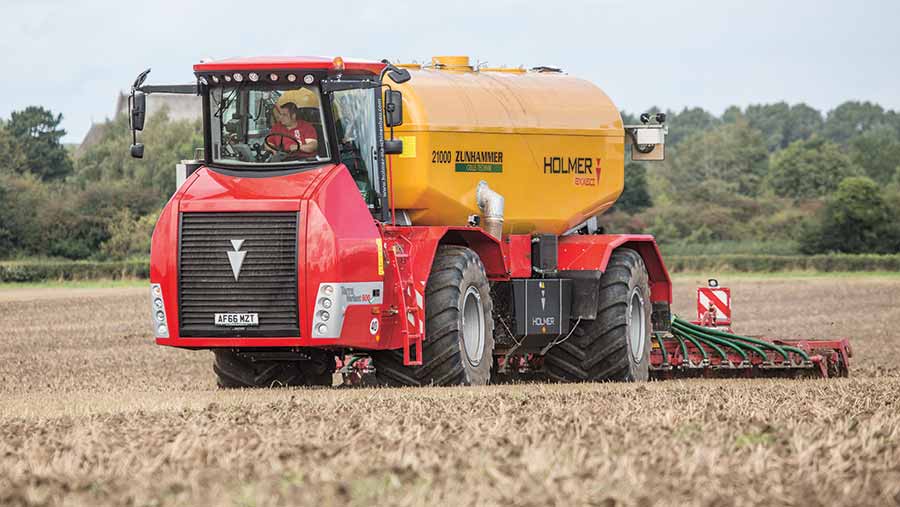 That’s certainly the case for Cannington Bio Energy in Somerset, which has three separate digesters working on one site processing predominantly food waste. The issue is not in finding land to grow feedstock crops, but in sourcing ground to spread its nutrient-rich slurry.

“Since we started out nine years ago with a single dome and gen-set, the business has grown pretty rapidly and so has the requirement to deal with digestate,” explains managing director Tim Roe. 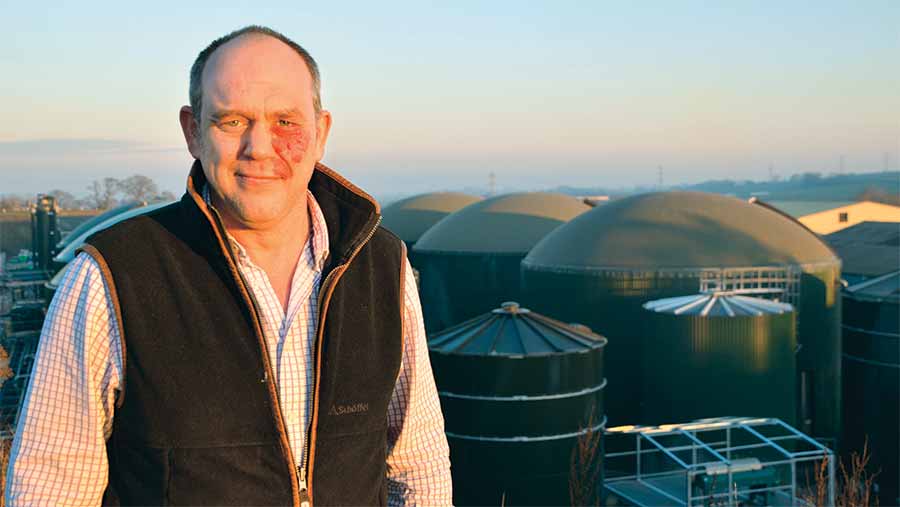 “Until last year we were using an umbilical set-up to spread from roll-on/roll-off holding vessels, with tankers running the digestate out from the plant.

“Initially that was fine because we didn’t have to travel too far, but as we’ve added a second and third digester, it has really put the pressure on and we’re having to travel distances of up to 10 miles.”

Last season Mr Roe decided the business needed to look at other options for handling what comes out the back end of the plant. Obviously tankers would still have to be involved to shift the digestate to outlying land, but he could see an opportunity to improve the efficiency of the spreading operation.

With field sizes averaging 5.74ha, setting out the pipes for an umbilical set-up only to have to pack them up shortly afterwards to change fields is something of a chore.

“The bottleneck in the system was clear. The downtime caused by setting things up could be greater than the time taken to apply the slurry on some days. The cost of that was huge – we could have seven tractors and tankers parked up for hours doing nothing.”

“The obvious solution was some form of stand-alone applicator that didn’t require heaps of set-up time. We looked at big trailed tankers, but realised with our banked ground we would need such a monster tractor that it didn’t really make sense. We would also struggle to get into a lot of gateways on our narrow lanes.”

So, it was more nimble self-propelled platforms that came into the spotlight. Although various options were explored, it was only Holmer that could supply a demonstration machine for Cannington to trial.

“After a few hours with the TerraVariant we were completely sold on it. The whole Zunhammer rig is well integrated and the 6m Horsch disc cultivator immediately solved one of our biggest issues – smell.

“Because the digestate in injected in under a layer of cultivated soil, no odours escape and we no longer get complaints – it’s really important we keep the public on side.”

See the latest kit in action

If you want to get a closer look at the latest slurry kit, the Grassland & Muck event, held from 24-25 May at Stoneleigh, Warwickshire, might be a good starting point. Find out more at www.grasslandevent.co.uk

However, the key to the whole decsion-making process was output. On low application rates of 12-18cu m/ha last autumn, the rig was able to pump out 80cu m/hour – easily matching the spot workrate of the company’s umbilical system.

The key difference was that as soon as the TerraVariant pulled up in the field, it filled up from the holding tank and was off spreading. In contrast, there would have been a good couple of hours set-up time under the old regime.

As an example, the firm has a block of land 45 minutes away from the AD plant with some small, awkward-shaped fields. Previously, four to five hours were swallowed up from setting up to packing up, but with the Holmer that downtime was immediately eliminated.

“As a conservative estimate, we immediately saw our daily output go from 600cu m to 800cu m. It was an easy decision to make – the time saving alone justified having a self-propelled rig, so we signed on the dotted line and agreed to shell out more than £400,000 on a 600hp Holmer with 21cu m Zunhammer, 6m Horsch Joker and 18m Vogelsang dribble-bar.

“It arrived last autumn and was immediately put to work prepping ground and applying digestate ahead of our winter cereals.” 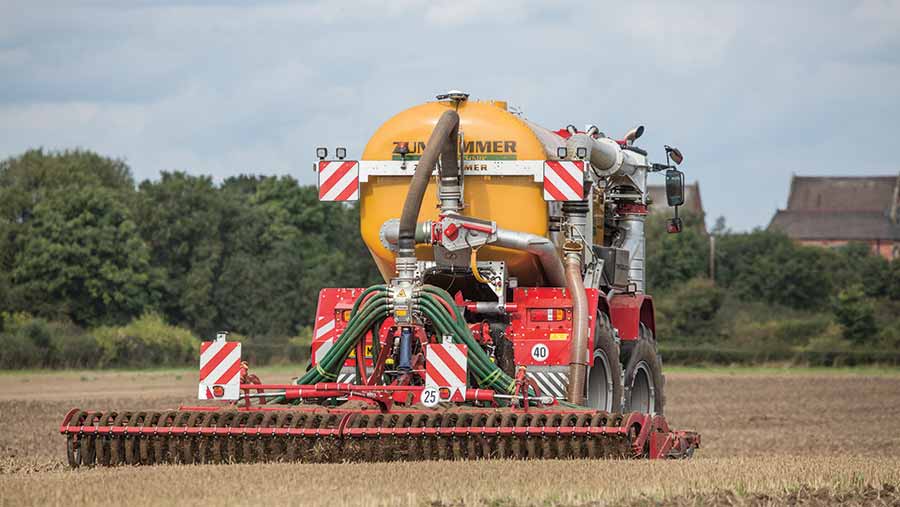 Although £400,000 may sound like an enormous sum of money, the capital outlay isn’t that far removed from what you would spend on a good umbilical set-up, says Mr Roe.

The expenditure on a spreading tractor, pumpset, applicators and several kilometers of damage-prone pipe would be well over half that figure and the running repairs significantly greater.

Add in the savings in downtime for transport tankers, along with the increased daily outputs, and all of a sudden the bill doesn’t look quite so eye-watering.

Another big factor to consider was the move to a cultivator injector. Using the Joker to perform primary tillage means there is one less pass required ahead of the drill – a job previously done by a contractor. That said, it’s not quite the full ticket for one-pass seed-bed preparation and has already had a change of packer roller.

“The Horsch came with a sort of U-shaped packer that didn’t really consolidate the ground as much as we would have liked, so we swapped it for a proper DD ring press,” says Mr Roe.

“Ahead of the autumn cereals we really need some form of ripper-tine to pull out any shallow pan just below the discs. We’re just mulling over the best way of adding that – we certainly have the power for it.”

The TerraVariant’s ability to run in crab-steer mode has had a big effect in widening the operation’s opportunity for spreading. The 800mm-wide rubber at each corner spreads the load and with each wheel running on different ground, there is zero rutting, even in the wet.

Trimble auto-steer keeps things on the straight and narrow, but it does need reminding at the end of each bout that the applicator is set out on the opposite offset.

There will also be a few changes on the transport tanker front. Up until now Cannington Bio Energy has run a mix of Hi-Spec, Joskin and Major tankers, but the extra output from the Holmer means more capacity is required.

“Reliability is the key in keeping the TerraVariant moving – if just one tanker drops out we’re losing output. Vacuum tankers aren’t really up to it – we know the Vogelsang will do the job and it matches the Zunhammer for flow.

“Critically, the 2t weight saving with a fiberglass tank means we are fully legal on the road and we’re carrying an extra 2cu m a load, so we are more efficient.”