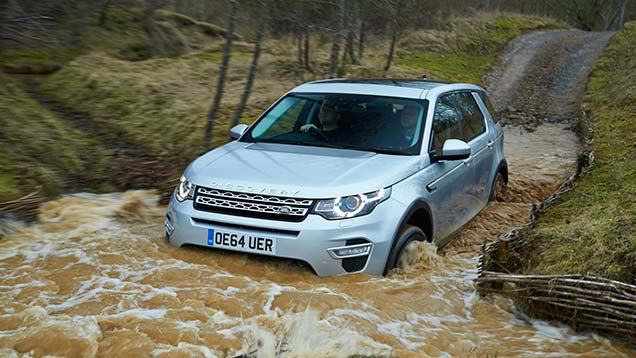 Almost before you knew it was gone, the Land Rover Freelander has returned with a new name, new face and a couple of extra seats.

The old Freelander’s reincarnation as the Discovery Sport has also seen it climb several rungs in the automotive pecking order, where its £33,000 starting price puts right at the top of the SUV tree. The HSE Lux starts at £43,000 and, if you load it up to the eyeballs with options, the top-speccer could hit the £50,000 mark.

That slightly absurd amount of money puts it among altogether different company, so it’s no longer Land Rover’s almost-affordable option – unfortunately there isn’t really one of those any more.

So, what is it? It’s basically a junior SUV that swings between the ever-popular Discovery and the new darling of Range Rover’s line-up – the Evoque. It’s intended to tread on the toes of BMW’s relaunched X3 and the nice-but-dull Audi Q5, while Land Rover also hopes to hoover up a few buyers looking to downsize from bigger foe.

There are no decisions to make under the bonnet. For now there is just one engine – a 2.2-litre, 190hp diesel that has been kicking about the Land Rover factory for years.

It is hardly the epitome of refinement, grumbling away at low speeds and shivering through to the cabin during acceleration, but it calms down on less twisty A-roads.

You might want to wait for the 2.0-litre engine that is rumoured to be introduced later this year if you are not in a hurry for the car.

It is also worth noting that the “sport” part of the badge doesn’t actually mean it is a tearaway on the road. The Porsche Macan still comfortably assumes that mantle.

In the transmission department it gets a nine-speed auto gearbox, just like its arch rival – the Evoque. Real life economy is likely to be around the 40mpg mark, though our route around the Cotswolds yielded a fair bit less than that. The six-speed manual was slightly more efficient.

Unlike the proper Discovery, the Sport isn’t really geared up for lots of off-roading, but it is still far more capable than its townie rivals.

It uses a central multiplate clutch to send power to the rear wheels when slip is detected but, like the Freelander, there’s no low-ratio box.

That said, first gear is low enough to be useful for farm-level off-roading. You also get Land Rover’s ever-reliable terrain response system, which fiddles with the car’s more complicated settings, as well as hill descent control, though it’s probably worth getting extra under-body protection if you’re serious about that kind of stuff.

Inside, the Disco Sport feels like the Evoque’s poor relation. There’s no doubt it has leapt a few steps up the luxury levels since the Freelander, but with a big price-tag to justify the cheap-feeling trim around the dash falls a little short.

However, the internal space is a revelation. From the outside it is smaller than all of its five-seat rivals, yet still manages to cram some emergency accommodation into the boot. You’ll only want to travel in the cheap seats for short trips, but they’re undeniably handy.

Despite the extra row, passengers further forward aren’t shortchanged on legroom – the only real loser in the reshuffle is the full-size spare tyre, which has been ditched.

The Discovery Sport ticks all of the SUV boxes – height, space and comfort. The problem is this – if you want the luxury feel of an SUV, wouldn’t you prefer the Evoque? If you’re after unbeatable practicality then it has to be the Discovery. The Sport version is good, but £33,000 for the base spec is difficult to swallow and it is just a tad bland.

The Discovery is next on the list for a refresh. No decision has yet been made on the Defender, with production due to cease at the end of this year.