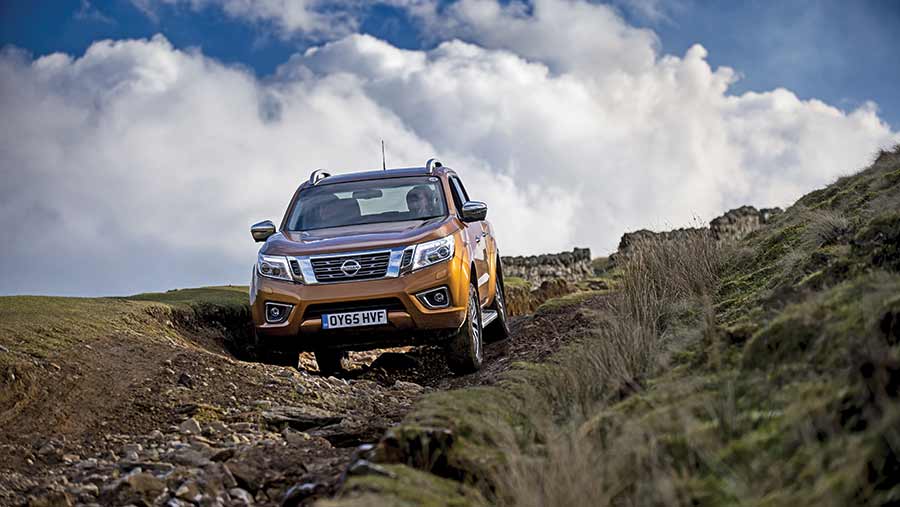 Nissan has replaced its hard-as-nails Navara with a new model that promises to bring unprecedented levels of comfort to the bumpy world of farm pickups.

The booming UK market, which is expected to hit 45,000 units this year, has tempted several new faces looking for a slice of the pickup pie.

Mercedes- and Renault-badged versions of the Navara and a Fiat-built L200 are due to be unveiled in the next 12 months, along with a new Toyota Hilux and updated Ford Ranger.

For the Navara there has been a downsize in the engine department from 2.5 litres to 2.3 litres, though the smaller block still delivers enough power to mix it with the best.

The gruffer version comes with twin turbos and 187hp, while its single-turboed sibling comes in at 158hp, but can still handle a 1t payload and 3.5t towing capacity.

The former feels torquey and strong, though it has a tendency to raise its voice as the rev needle drifts beyond halfway.

The six-speed manual gearbox will continue to be the bigger seller among the farming fraternity, but there is also the option of the slightly slow-to-react automatic box that comes with an extra cog.

The black plastics and chrome detailing of the interior are swish, but there is a good chance the polished finish and fancy touchscreen will get wrecked once the farm dog has been left to clamber all over the furniture.

Leather seats are also quite comfy but at the mercy of the dogs, while top-speccers get a list of extras rarely seen in the pickup world that can take the asking price north of £25,000.

It includes emergency braking, hill start assist and hill descent control, as well as a sat nav, reversing camera and 360deg view that should make life easier maneuvering something the size of an elephant in Tesco’s car park.

A fresh suspension system has seen leaf springs ditched in favour of car-like coils in a five-link set-up on the four-door double-cab version.

The new arrangement works a treat on the road in keeping the Navara’s backside on the deck and the steering is also more consistent than before, but the high bonnet and long body means it just can’t shake that canal boat feel.