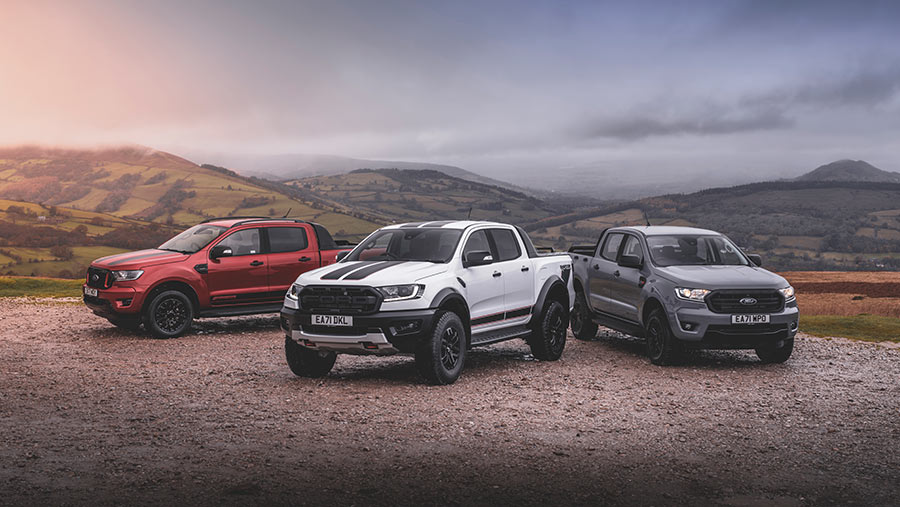 News of the unlikely return of a V6-powered pickup undoubtedly got tongues wagging in the wake of Ford’s global Ranger launch just a few weeks ago, but buyers itching to bag the 3-litre block have a long wait before they can get their mitts on one.

Deliveries aren’t expected to start in any volume until early 2023, so those with a pressing need to replace their workhorse will have the pick of an expanded range of nine variants from the Ford stable.

These include four limited edition models, which the company hopes will help keep the current pickups relevant until the factories in South Africa – which cater for the UK – and Thailand switch production to the new design.

This might have the hallmarks of a cunning ruse to shift the dregs of an old range, but that’s not the case, says Ford.

Instead, it’s a response to the burgeoning demand for its top-spec models, with the company claiming its pickup market share peaked at 47% earlier this year, thanks to the departures of Mitsubishi and Nissan.

The new quartet of mutant Rangers offers a different mix of colour, trim and accessory options, and while some might dismiss them as indulgent, flashy and wholly unnecessary, Ford’s order ledger says otherwise.

A quite startling 80% are sold in upmarket Wildtrak guise, while the Limited models – one rung down – contribute 10%.

The pricey Raptor variant, for which you’ll get little change from £50,000, accounts for another 7%, having found a home with SUV buyers yearning for the combination of a premium interior and the practicality that comes with a flatbed.

That leaves the bog-basic XL and double-cab XLT each representing a rather dismal-sounding 1% of total sales.

What’s wrong with the XLT?

Nothing. In fact, one of the special edition models, the Wolftrak, is a repackaged XLT with a few extras. 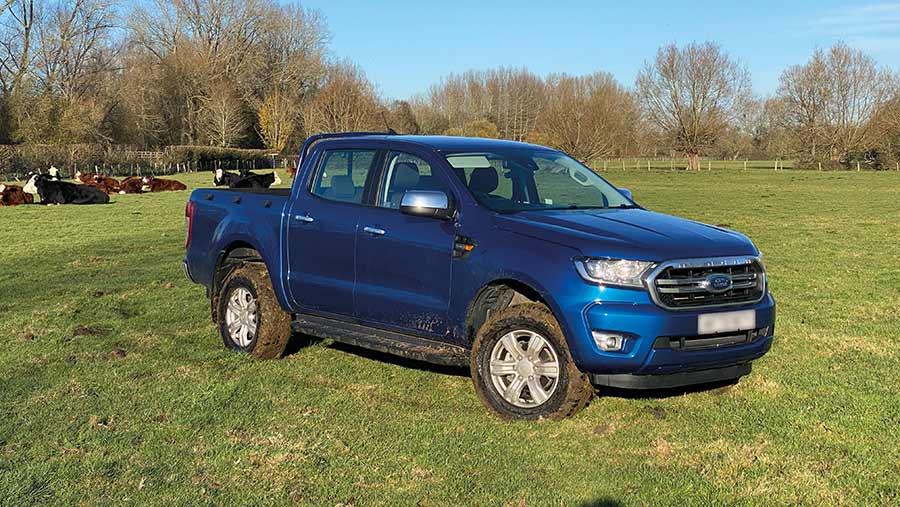 The Stormtrak and MS-RT add more frills to the fancier Wildtrak, while the Raptor SE resides in a league of its own.

This means they’re all based on the original Ranger launched a decade ago, when Ford sacked off rebadging Mazda pickups and took production in-house.

They were given a facelift in 2015, but the most significant change for many farming buyers was the loss of the thirsty but highly sought-after 3.2-litre, five-cylinder engine two years ago.

The lesser 2.2-litre block was phased out, too – both replaced by the Transit van’s 2-litre EcoBlue.

As a result, all the current models now run the same oil-burner, albeit tuned to three different power outputs – an asthmatic 130hp, 170hp with a single variable-geometry turbo, and the twin-turbo 213hp.

It hasn’t proved to be the downgrade it appeared on paper, with the pokiest 2-litre engine outgunning the 3.2 by 13hp and 30Nm.

Fuel economy has improved as well, with our 170hp test Ranger delivering a respectable 32mpg over a long jaunt on and off the roads of the Brecon Beacons.

It might not be rapid – 0-62mph comes in 11.3sec – but then nor is the Raptor, which shaves less than a second off that time and is almost double the price. It’s also still rated to tow 3,500kg, something the Raptor, quite pitifully, can’t – despite looking every bit the automotive bully.

The downside is that the XLT comes with a six-speed manual transmission, which is perfectly functional but not overly refined.

This is where the Wolftrak comes into play. An XLT with a few extra mod-cons, it opens the option of Ford’s slicker 10-speed auto – first taken from the Mustang sports car in 2019 – that is now available in every high-spec incarnation of the Ranger.

The Wolftrak also gets several desirable items that are classified as paid-for extras in the XLT’s “premium pack”.

This goes a long way to justifying the £3k increase in price, leaving a gnat’s whisker between the two when compared spec-for-spec.

These include a button-activated rear diff-lock, which we found made a huge difference on gnarly climbs, particularly under extreme axle articulation. It’s practical, too, with rope hooks on the outside of the load bed and a spray-in bed liner.

This pimped-up version of the workaday XLT is the most practical and least pretentious of the special edition models. 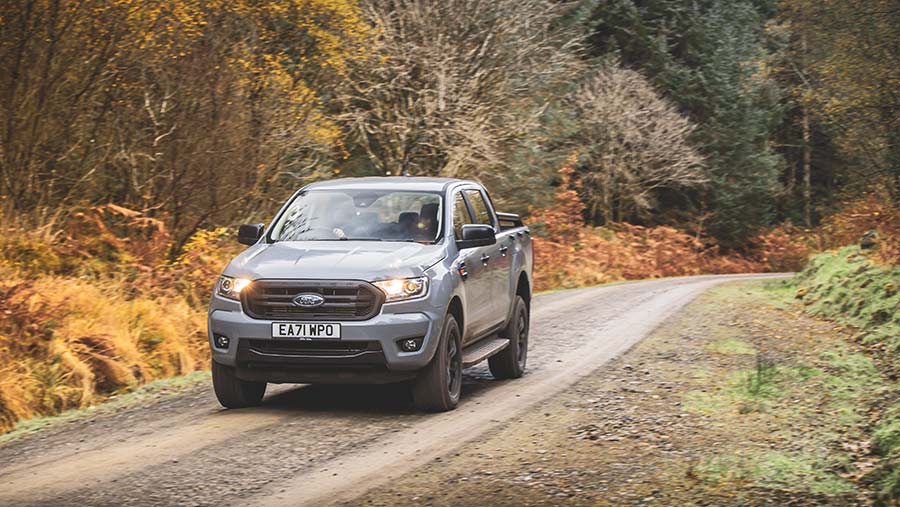 Cheeringly, it’s priced at less than £30,000 for a six-speed manual version, but buyers seeking more refinement can upgrade to the auto-shifting 10-cogger – it’s the only model to offer the choice.

All-terrain tyres, a protective bed liner, all-weather floor mats and an electric-locking rear differential are standard, making it the most utilitarian of the newbies.

The loadbed cover or canopy can be ordered in matte black to match the mirror shields, loadbed “sports hoop”, grille and bumpers.

Based on the super-popular Wildtrak, it is available as a regular double-cab or in super-cab format with a longer bed. 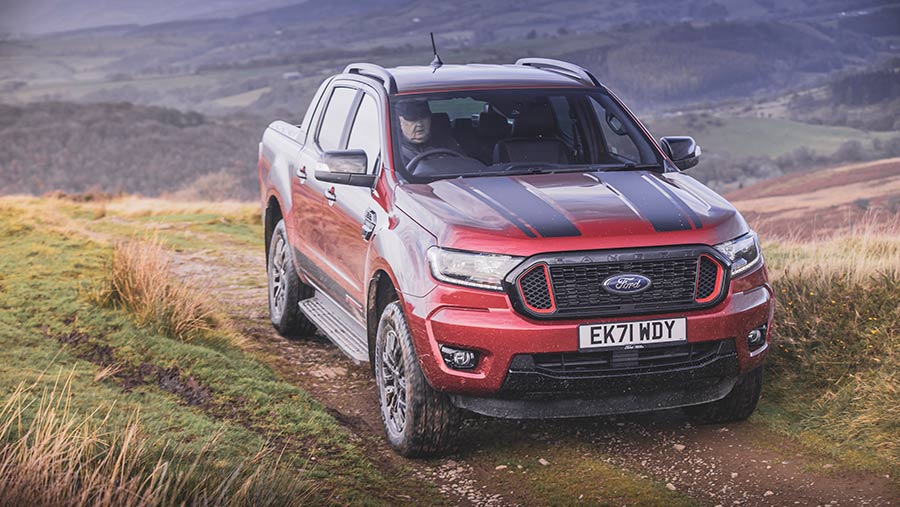 Most notable on the stacked spec list is a powered roller shutter that that can be controlled via the key fob or using buttons inside the loadbed or cab. A loadbed divider and protective bed liner are also included.

The other differences are mainly aesthetic, with black exterior decals, a racing grille, LED headlights and 18in alloys, plus the same premium leather seats as the Raptor.

Another variation on the Wildtrak theme, only this time the extra razzmatazz comes courtesy of the styling house after which it is named.

MS-RT also fettles a version of the Transit Custom.

The MS-RT is slightly less in-yer-face than the Raptor, despite being decked out with extended wheel arches over 20in OZ Racing alloys, a honeycomb grille and hand-built body kit.

Sporty inclusions extend to an aerodynamic load bar, ambient interior lighting and a Maxhaust soundbox that can make the 2-litre engine sound bigger and throatier than it is.

The Raptor was first unleashed in 2019, having been given the full treatment by Ford’s Performance department. 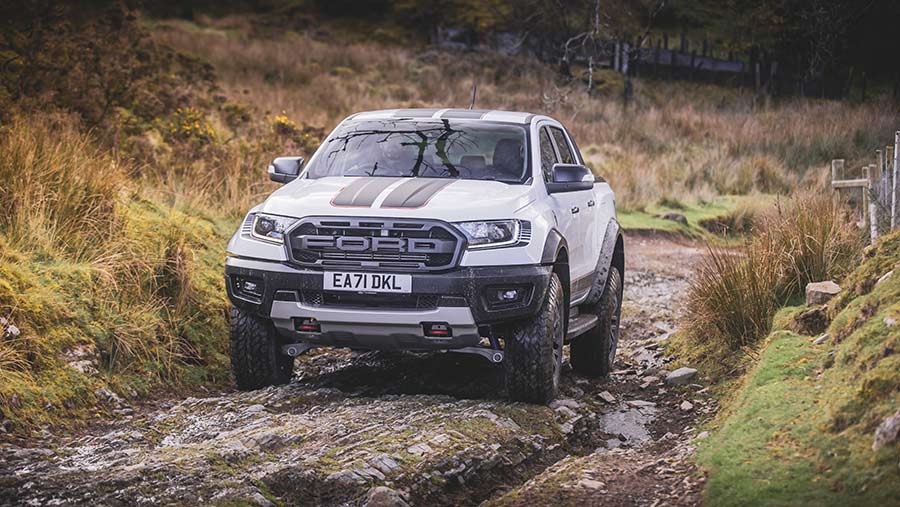 Aside from its imposing appearance, the most significant alteration was to the rear suspension, where old-school cart springs were replaced by position-sensitive shocks.

This has restricted the maximum payload, so the Raptor doesn’t qualify as a light commercial vehicle and business owners can’t reclaim the VAT.

The SE is even more elaborate and expensive than the standard Raptor. Aesthetic details include racing stripes, 17in black alloys and fancy stitching on the sports seats.

The rest of the vehicle is pretty much as before. It is 60mm wider and 10cm longer than the other Ranger models (making it unparkable in some supermarkets), but also has a better approach angle and 51mm higher ground.

General Grabber AT3 all-terrain tyres are standard, as is a six-setting terrain management system to fine-tune performance.

The glaring downside is that 545kg payload and 2,500kg towing limit – the price to pay for a more comfortable ride.

What about the new model?

There will be no shortage of buyers willing to bide their time and wait for the 3-litre V6 version of the fourth-generation Ranger, which is expected to arrive in the UK in early 2023 – assuming there are no more creaks in the supply chain.

The engine is Ford’s own, having been used in the American F-150 pickup and, previously, in Jaguar Land Rover products, including the Discovery.

Entry-level models will have a 2-litre EcoBlue engine with either a single or twin turbo – much like the current offering. Similarly, cheapies get a six-speed manual transmission and posher ones a 10-speed automatic.

Notable changes include a bigger and squarer stance, with overall width and wheelbase both increased by 50mm. There will also be a more advanced full-time, four-wheel-drive system available.

Order books open in the autumn, and it will be up against Volkswagen’s new-look Amarok, which shares the same underpinnings.