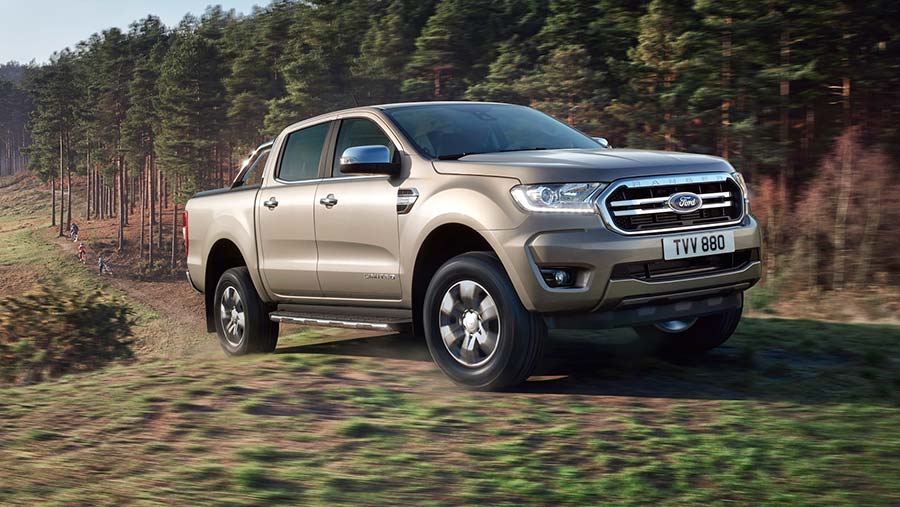 Ford has said its redesigned Ranger pickups with more eco-friendly 2-litre engines will be superseding the current models later this year.

That means the four-cylinder 2.2-litre and the five-cylinder 3.2-litre engines used in the Wildtrak will be phased out from September.

But despite its lower displacement, the new Ecoblue engine – taken from the Transit van – promises more horsepower and torque than its predecessors.

With 213hp and 500Nm of torque on tap, its on-paper stats trump the current 3.2-litre’s 200hp and 470Nm. However, only a thorough road test will confirm if it will outperform it in the real world.

Ford is using this single engine block throughout the new range, with lesser models featuring a detuned version with a single variable-geometry turbo.

At the lower end this will produce 130hp and 340Nm of torque and there will be a mid-range version with 170hp and 420Nm.

As well as its lower emissions, the new engine promises 9% better fuel economy. Crucially, it hasn’t changed the truck’s 3.5t towing capacity and 1.25t payload, which is the same throughout the range.

Despite continued pressure to reduce diesel emissions, Ford has no petrol engine available and says it has no plans to offer one.

In the transmission department, buyers get the choice of a six-speed manual or a new 10-speed automatic from the Mustang sports car. This replaces the old six-speed auto, which some customers complained was a little lumpy.

It is still teamed with a low-range transfer box and switchable four-wheel-drive system.

The chassis and bodywork stays largely the same, but Ford has done quite a bit of work to smarten up the interior. In the top-end Wildtrak this has meant toning down the vibrant black-and-orange seats in favour of plain black versions with subtle orange stitching.

The manufacturer says it has also improved the durability of the interior finish so it stays looking fresh for longer.

Extras include a system for detecting wayward pedestrians, an intelligent speed limiter and a parking assist function.

As for off-road ability, the new Ranger has an impressive 800mm wading depth, 230mm of ground clearance and approach and departure angles of 29deg and 21deg, respectively.

The Limited model, which has a slightly lower spec than the Wildtrak and accounts for the bulk of Ranger sales, has a starting price of £26,795.

Those more keen on performance and handling than load-lugging ability now have the option of the new Ranger Raptor model.

This racing-style truck has a similar look to the work-a-day Ranger, but has a strengthened chassis fitted with rear coils rather than leaf springs.

This undoubtedly improves handling, but the downside is that it can carry only a 758kg payload and is rated to tow 2.5t.

It might look like it should have a big V8 up front, but the Raptor actually has the same bi-turbo 2-litre Ecoblue engine as the Wildtrak. It delivers the same power output and is teamed with the same 10-speed automatic transmission.

It has had some other performance tweaks to help justify the £39,895 price tag, though. These include uprated Fox shock absorbers with position-sensitive damping and twin-piston front brake calipers with 332mm ventilated discs. It also comes with BF Goodrich tyres as standard.

Crucially, the Ranger Raptor is not to be confused with the US-built F-150 Raptor, which features a 3.5-litre V6 petrol engine that develops 450hp.

Ford’s reduction in engine displacement could be a nod to the direction its recently announced alliance with VW is going to take.

The deal applies to both vans and pickups and the first products of the joint venture are expected to go on sale in 2022.

VW is apparently heading up the design of a smaller van, while Ford is leading the way on new medium-sized pickups and larger vans.

Details are still very vague, but with Ford already dropping its five-cylinder engine, it raises the question of how long VW will continue to use the punchy 3-litre V6 in its Amarok.