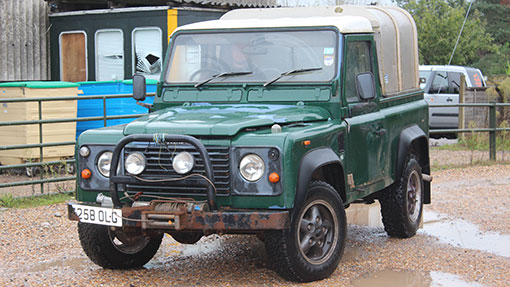 With production of the Land Rover Defender due to cease in just over a year, used car values are hitting new heights.

Oliver Mark runs through what to look out for when buying a second-hand workhorse with the help of Land Rover specialist Shaun Goring.

After 22 proud years spent marking its farming territory with oil leaks and flakes of green paint, the end is nigh for the Land Rover Defender.

It might be an immortal farming icon but, with the simple design becoming difficult to keep up to date and emissions regulations tightening their grip, its neck has fallen on the Land Rover chopping block.

It seems there is just not enough space on the moneymaking Solihull production line for the farming veteran alongside its more profitable, Range-Rover-badged brethren.

The plan is to wield the axe on the Defender late next year and speculation is rife about what happens next. Either way, the decision will be controversial.

It has amassed a hardcore following both in the UK and abroad and, with fashionistas also taking a liking to the Defender’s uncompromisingly angular tinwork, there could well be life in the old dog yet.

Officially there’s been no decision on its future, but there’s a chance production could move to India, where Land Rover’s parent company, Tata, originates. That would free up production space in UK for more Range Rovers without upsetting the Defender stalwarts too much.

Unlike most modern 4x4s, the simplicity of the Defender’s design means anyone with just a pinch of mechanical know-how should be able to sort a majority of the perennial problems.

There are also millions of spare parts on the market, which are usually available more cheaply than Japanese equivalents. Replacements need not be genuine, although it is worth paying out for mid-priced parts.

We have picked an unloved specimen in the yard of More 4×4, based in Kingsley, Hampshire, to take a closer look at the common troublespots.

The G-reg 90, with 120,000 miles on the clock, will have a £4,000-5,000 price tag once the restoration work is complete. It has already had its asthmatic turbodiesel engine replaced by the bulletproof 2.5-litre TDI. Here are 10 other things to look out for. 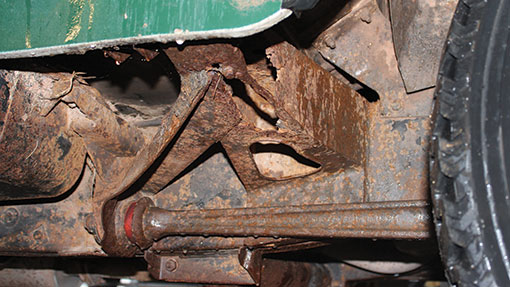 1. The bulkhead outrigger runs behind the front wheels and supports the entire front side of the car. Unfortunately, a small hole in the box section frame gradually fills with damp dirt and muck and will eventually rot.

It will want replacing once the rust moves beyond the superficial stage, but replacements should not cost more than £50. The biggest difficulty is getting at it with the welding torch – a few wheel-related components will need unbolting before work can start. 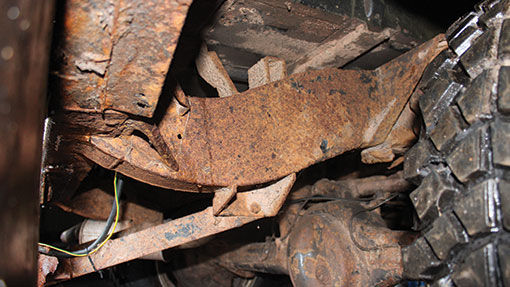 2. The rear cross-member will eventually suffer the same fate as the bulkhead outrigger. Lots of towing can add extra strain on the frame, but don’t be too hasty with the hacksaw because surface rust does not necessarily mean its days are over.

When it comes to replacement, just pull out the wiring harness then chop off the steel section from behind the axle with an angle grinder. A replacement will cost about £150 – just weld it on, then give it a lick of paint and an outer coating of wax oil to add a few years to its life. 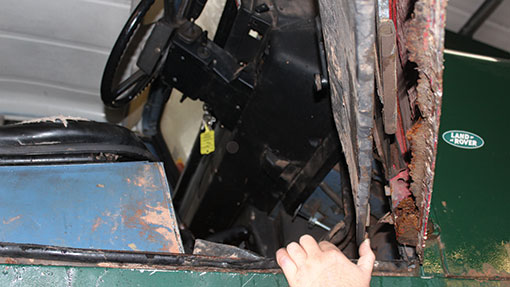 3. Defender doors are pretty utilitarian things from the start, but get worse once the base starts to rust. Water streams down the outside of the window and pools inside the door, allowing the tinworm to eat away at the framework.

The tell-tale sign is bubbling under the exterior paintwork as the aluminium peels away from the steel frame. You can try and delay the inevitable by pulling off the plastic trim and treating it to a coat of wax oil.

A salvage job is not easy, though it can be done if the aluminium skin is in good nick. It is probably easier to raid the scrapyard for a second-hand replacement door, or buy a new one. The latter will set you back about £300. 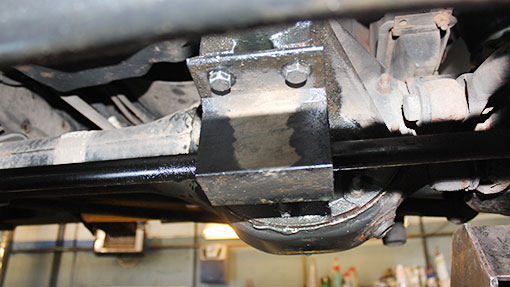 4. Oil leaks are part and parcel of owning a Defender, particularly TDI versions. Grit and sand work their way into seals and joints, which will begin to weep oil. It is worth trying to keep on top of any leaks, particularly from components such as the diff. You can usually pick up replacements for peanuts.

5. Prop shaft universal joints slowly wear, particularly on farm-worked Defenders. Deal with it just like any tractor UJ – a couple of 9/16 bolts hold it together, then it is just a case of pinching off the circlips to get at the joint. Replacements should not be much more than £15.

6. A life spent axle-deep in mud means wheel bearings can sometimes cause aggro. There is no shortage of choice on the spares market, from cheap Chinese ones to Land Rover genuines, and prices can vary from £7 to £28.

The repair job is pretty simple because the design has hardly changed since the Defender’s formative years – just undo a big nut to get at the tapered bearings. It should not take more than an hour. 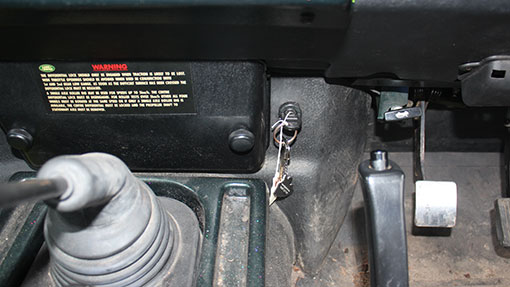 7. Security is a nightmare on older Defenders, which were designed at a time when organised crime was not a big deal. Integral alarm systems did not arrive until the Td5, and retrofitting an alarm does not really work on older models – thieves will still be able to get the car running.

There are a few DIY bolt-on systems available, the best of which is probably the Mech Lock. It is a key-operated switch that is plumbed in between the master and slave cylinders in the clutch hydraulic circuit.

That way, if you leave it parked in gear it cannot be shifted. There are other more basic systems such as the Clutch Claw, which locks the clutch and brake pedals together with a metal frame. However, fitting this every time you hop in and out is unlikely. 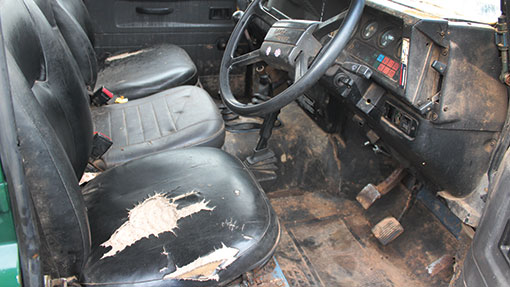 8. Seat covers will wear thin because it’s such a climb into the cabin. Although it probably won’t be a priority, you can buy replacement seat padding and covers pretty cheaply on the internet for just £18, or even replace the whole lot, including the base, for £57. More 4×4 is also trying out retrofit air suspension, but it won’t come cheap. 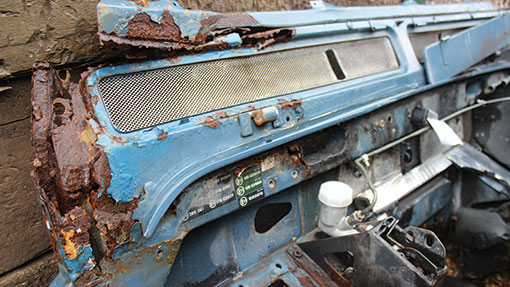 9. More rust, this time on the bulkhead. And this can be a serious job – potentially a week’s worth of work – because it is the first thing to be attached to the chassis in the production process.

All the plumbing and wiring needs pulling apart, and the roof and windscreen will have to come off, too. You can pick up second-hand replacements for £300-400, or a longer-lasting galvanised one for a price closer to £900.

10. Finally, if you are scouting for a second-hand runabout, think about who’s selling the car. Defenders can either be treated like one of the family or as a tractor – there is little middle ground.

If you are buying the latter then worn-out parts such as wheel bearings and prop UJs come with the territory and you will have to accept that when you pay out the cash.

Thanks to Shaun Goring of Hampshire-based More 4×4 for his advice throughout this article. The company sells parts and complete refurbishments of all models of Land Rovers and Range Rovers.