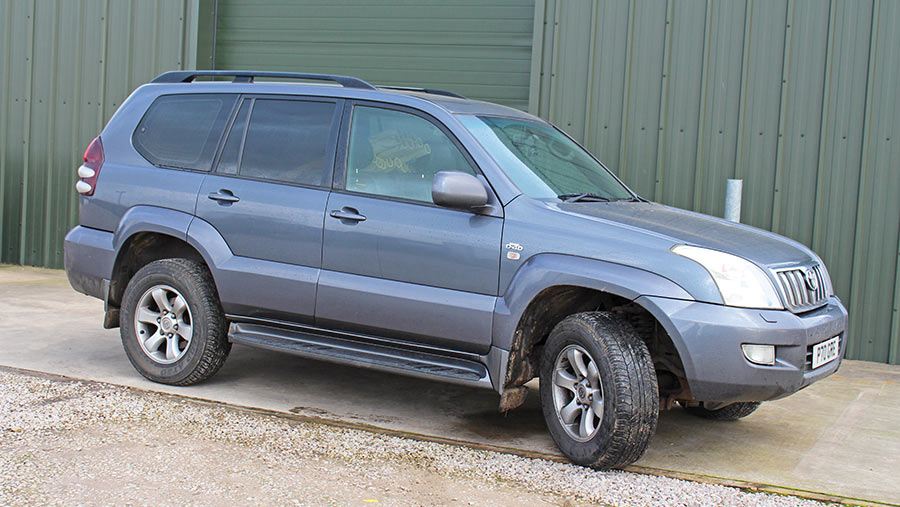 A Lancashire veg grower and machinery maker has managed to rack up an impressive 600,000 miles in his mid-noughties Toyota Land Cruiser, without it suffering any serious mechanical maladies.

This work takes him all over the UK, Ireland and Europe, meaning he quickly clocks up miles on a vehicle. 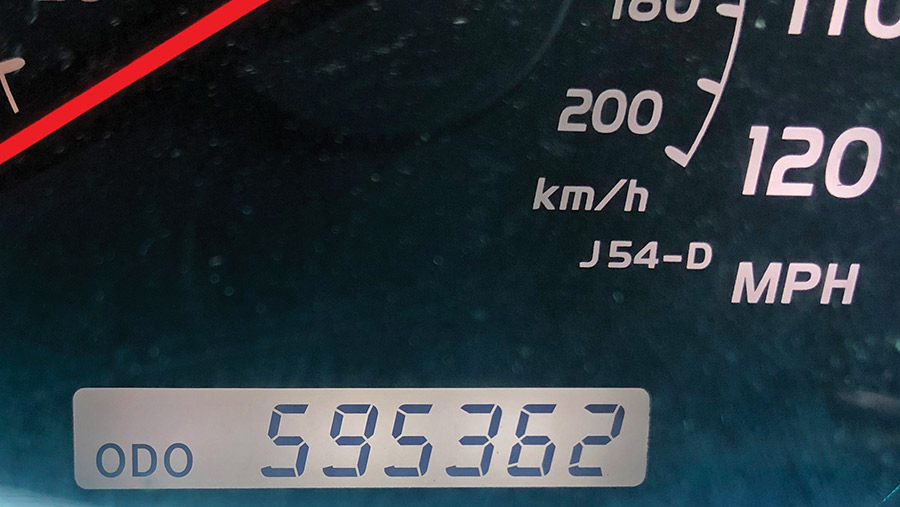 But rather than going to the expense of running new cars and changing them regularly, he’s opted to pile the miles on a vehicle with a proven track record for reliability.

His 2004 Toyota LC5 is one of three such 4x4s featured in Farmers Weekly’s machinery pages, all of which have breezed past the 400,000-mile mark without any significant spannering required.

However, with almost 600,000 miles on the clock, Mr Gresty’s truck is the farthest travelled by some margin. The current clock readout is 596,000 and if it weren’t for the coronavirus lockdown it would have been well over 600,000 miles by now. 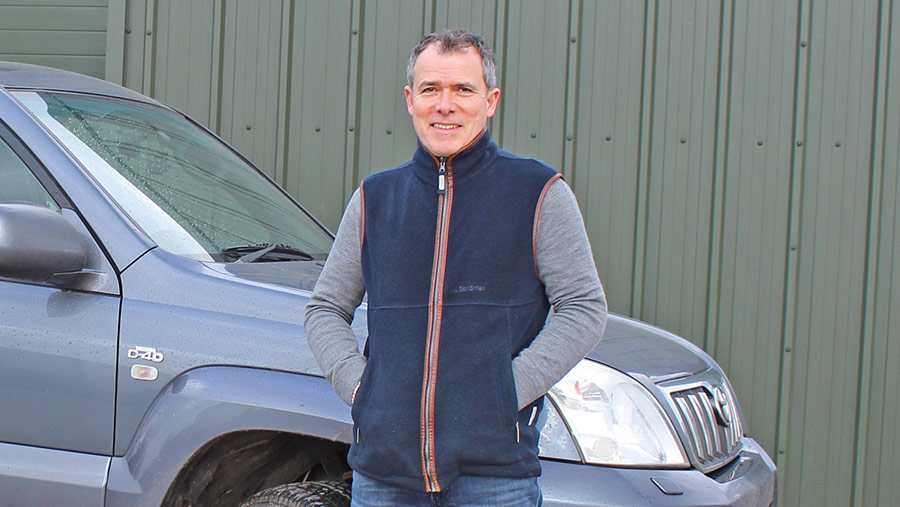 Running costs have been minimal and for a 2t vehicle it is pretty light on fuel use, returning about 35mpg when driven considerately and 22mpg when towing.

It’s only rated to pull a 2.9t trailer, meaning it can’t compete with modern pickup trucks for out-and-out capacity. But the 3-litre four-cylinder diesel has ample power and it could easily pull more if it was rated to do so, he says.

Mr Gresty has worked in the veg business for more than 30 years and grows 40ha of his own early crop carrots, as well as sowing and managing 120ha for other farmers.

Ten years ago, he completed a Nuffield Scholarship that looked at veg production and processing around the world. He saw a market for farm-scale veg processing equipment that would allow farmers to add value to their crops.

This led him to set up a business building and selling machinery for peeling and packing potatoes and carrots. He trades under the name Agritec International and he sells machinery across the UK and Ireland, as well as some exports further afield.

Rear air suspension – standard fitment on the LC5 model – also makes the ride particularly smooth and stable when towing, and it pumps up to help keep the vehicle level.

The generous internal space is handy for carrying large numbers of passengers and cargo too. With all three rows of seats in place, it can accommodate eight people, but with the rear set removed and the central row folded flat, there’s a cavernous void for loading equipment.

“It’s amazing what we’ve been able to carry in there and we can even slot a pallet in with the forklift if we need to,” he says. “This is where the newer Land Cruisers (apart from the commercial-spec model) fall short, as the third row of fold-down seats ruins the carrying space.”

For the first 60,000 miles, the Land Cruiser was under warranty and during that time it was serviced by Toyota. Just before this ran out, the injectors began playing up – a known fault – and these were replaced free of charge.

Since then, servicing has been carried out at Mr Gresty’s local garage every 10,000 miles. This is always a full service with a complete set of filters and a timing belt on every sixth visit – there are currently 60 stamps in the book.

Apart from the injectors, the only other unexpected repairs have been to the rear air suspension system. The first was one of the air bags which went pop when he was towing a loaded trailer, and the second was a new compressor after the original broke down.

“It’s in a pretty poor location on the underside and gets plastered in crud, so it’s no wonder it gave up the ghost,” says Mr Gresty.

Other replacement parts have been limited to the usual batteries, wheel bearings, and brake parts, plus a few alternators. However, the original unit must have been particularly good quality as it held out for 320,000 miles.

It’s still on its original starter motor, but this does work loose and requires a tighten every 80,000 to 100,000 miles. 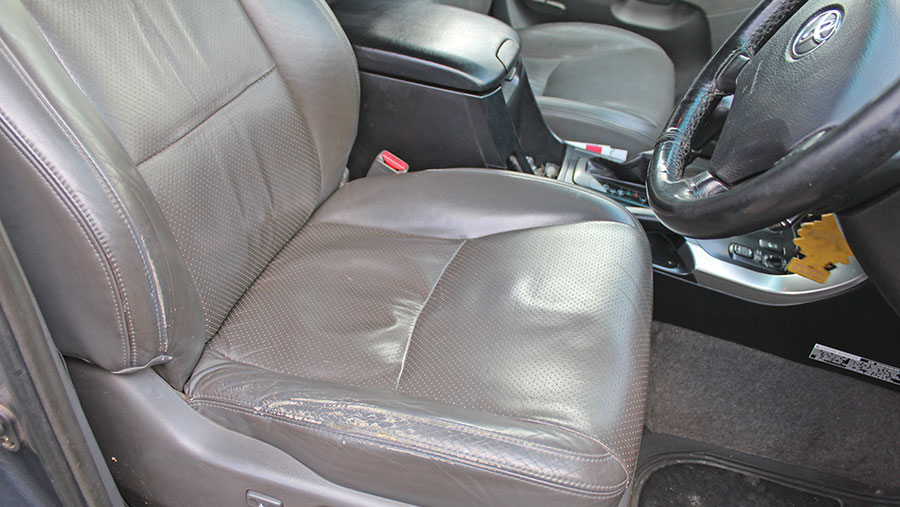 Interior finishes have stood up well too, with the seats showing remarkably little sign of wear. The only casualty has been the leather on the steering wheel.

Rather than shell out a fortune for a new wheel from Toyota, Mr Gresty purchased a cover from eBay, which he stitched on by hand. “It was a bit of a fiddle and took me about three hours, but it was actually quite satisfying.” 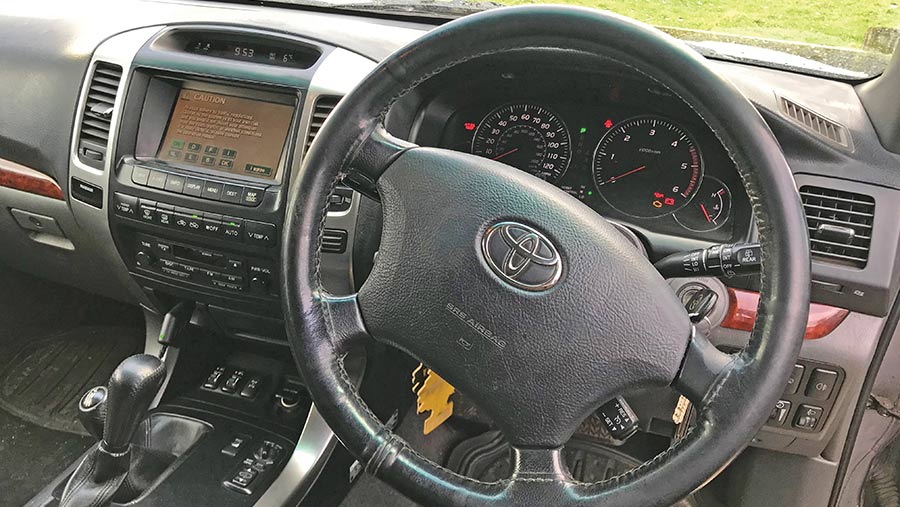 He also saved a small fortune when the satnav/entertainment unit packed up. Toyota quoted £2,000 for a new one, but Mr Gresty took it to a local TV repairer who fixed it for just £150.

The only continual niggle is the air conditioning system, which he has now given up trying to mend. “We’ve tried all sorts over the years, but I’ve had to resort to using the windows and the sunroof.”

Having run several brands of tyre over the years, Mr Gresty has settled on Dunlop Grand Trek, which cost £500 for a set and consistently cover 90,000 miles. The truck’s full-time four-wheel drive system also means wear is fairly consistent between the front and rear. 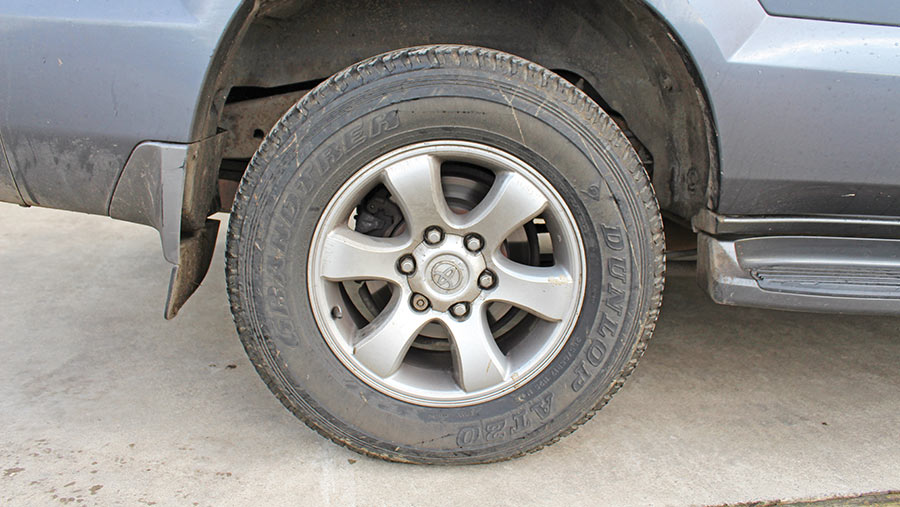 Building up a fleet

The Land Cruiser’s reputation for reliability means prices for the LC3, LC4 and LC5 models built in the 2000s are now starting to climb.

Since our visit, the only mechanical letdown has been the solenoid on the original starter motor – we’ll forgive it for that. Click here to read the full story on Mr Rainbow’s Discovery 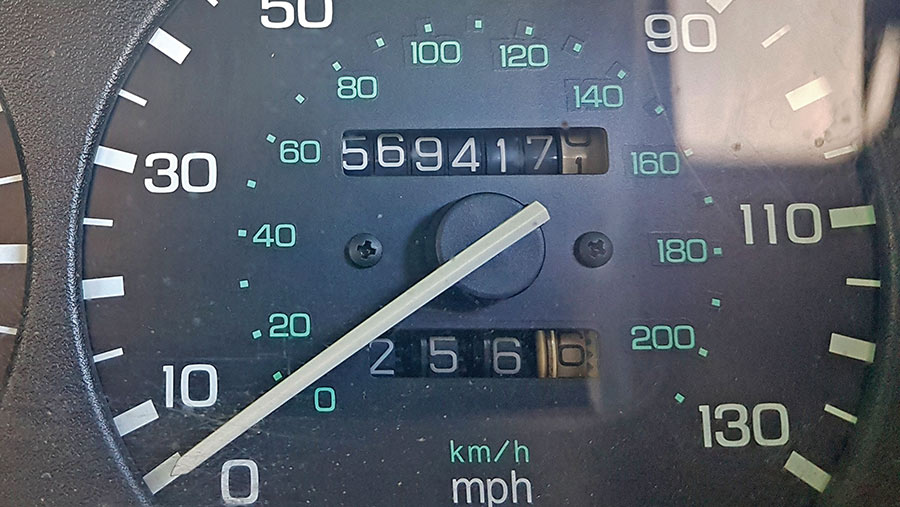 I can beat that

If you own an off-road vehicle that can beat Mr Gresty’s 600,000-mile Land Cruiser we’d like to hear from you – just email oliver.mark@markallengroup.com with a few details.