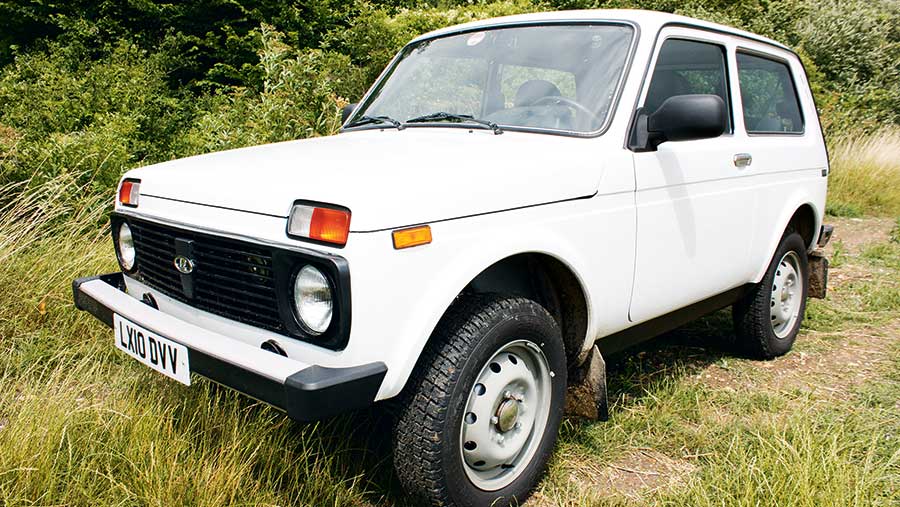 The Lada Niva, Russia’s favourite 4×4, is back on sale in the UK. It’s petrol only and left-hand drive, but don’t let that put you off, says David Cousins.

The Soviet Union may have collapsed, the Berlin Wall toppled and the Iron Curtain come apart at the seams, but the Lada Niva is one product of communism that is obviously made of tougher stuff. Despite having disappeared from the UK price lists in 1996 and pronounced dead, it’s bounced back.

“Lada stopped bringing Nivas into the UK in 1996 because they couldn’t get right-hand-drive models any more and the carburettor they were using didn’t meet the emissions standards. But I felt that we were missing out in the UK on something that should be good value.”

Two months ago, Mr Key took over the UK import of Nivas and reckons there should be a steady demand from farmers and other rural dwellers who want something that’s cheap, simple and capable. They now meet the emissions standards, but they’re still left hand drive.

They have UK-spec speedos and headlights, he says, and meet all the current Vehicle Certification Agency standards.

The current Niva is pretty much identical to the original one that used to be imported to the UK, although much of the electrics and mechanicals that used to be Russian made are now sourced from the US or Italy. Build quality has been improved too, says Mr Key. 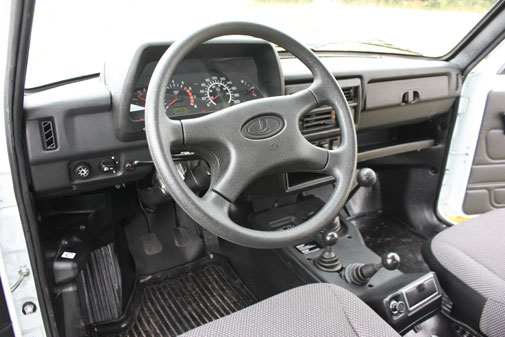 What’s it like? Well let’s just say that the Niva will take you straight back to the 1970s. Compared to a VW Tiguan or a Land Rover Freelander it looks positively ancient, with its Fiat-derived bodyshell and boxy shape. Yet it’s not unattractive and looks tall and purposeful.

There’s no artistry about the controls – everything has that Morris Marina feel to it, with big buttons, long spindly stalks for indicators and big levers for gears, range changes and diff-lock. Don’t want electric windows, electric mirrors, air-con, airbags or satnav? Good… it hasn’t got them.

Accommodation is mixed. The driving position is good and the seats excellent, but there’s limited knee-room for rear-seat passengers and the boot is very short. Having a socking great (optional) lpg tank in the back probably doesn’t help.

Start the engine and instead of the usual diesel banging and spluttering you have a surprisingly quiet 1700cc petrol engine. There’s no diesel option, though an lpg option halves the fuel cost and cuts the tax rate.

Despite the old-fashioned looking gearstick, it slips into gear without protest and off you go. The next surprise is that it’s quieter than you’d expect.

The old Niva whined like a Springer waiting for its supper, but this one is pretty restrained. Things get more raucous as speed rises but even at 80mph you can still carry on a conversation.

However, those giant coil springs, which allow the Niva to float over rutted farm tracks, mean there’s a lot of leaning on the road. Corners and roundabouts can be taken briskly, but it’s a bit like piloting a small boat on a windy day. Acceleration is, um, steady.

If you want a vehicle that will mostly be used around the farm, this is ideal. It’s cheap, simple, comfortable, easy to clean and laughs at rough terrain. The petrol engine and left hand drive may not be everyone’s cup of tea but you’ll certainly stand out from the crowd.