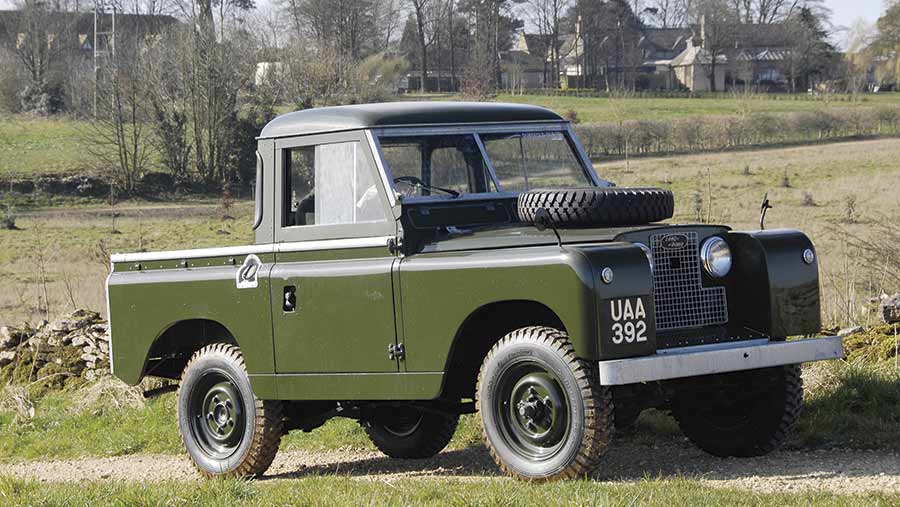 This spring’s blizzards, sub-zero temperatures and flooding delayed sowing for a month and meant animals were kept under cover instead of grazing on the fields.

But as we moan about the inclement weather of 2018, spare a thought for the farmers of February and March 1947, who suffered the heaviest snowfalls and lowest temperatures ever recorded, followed by the worst floods in living memory.

Among them was farmer Maurice Wilks, who owned sprawling estates in Warwickshire and on Anglesey.

He borrowed a neighbour’s ex-Second World War Jeep to get through the deep snowdrifts and clear fallen trees, while the rest of the country ground to a halt. He was suitably impressed.

Wilks was, in truth, a hobby farmer; in his day job he was engineering director of the Rover car company.

But his experience of the adversities faced by fellow farmers during the terrible winter of 1947 were to change the face of modern farming, because when he turned his brilliant engineering brain to the problem he came up with a solution that was eventually to become the Land Rover.

Although impressed with the Jeep’s simplicity and capability, Wilks was frustrated by the much-abused vehicle’s tendency to break down – and the difficulty in obtaining spare parts when it did.

But his experiences with that battered old Jeep were enough to convince him that a go-anywhere versatile 4×4 was exactly what the nation’s farmers needed.

Besides being the ideal farm runaround and towing vehicle, it could also be adapted for light ploughing, sowing, harvesting, baling and a host of other duties around the farm.

During the Easter weekend of early April 1947, Maurice shared his ideas with his brother, Spencer, who was Rover’s managing director.

Spencer was eager to press ahead with his brother’s plans, because he knew that Maurice’s proposed Land Rover would also solve the company’s problem with exports – or, rather, the lack of them.

In those austere post-war years, steel was strictly rationed and the lion’s share went to manufacturers who exported most of their production to bring in much-needed foreign cash.

Unfortunately, there was little demand overseas for the outdated saloon cars that Rover was still building from pre-war designs and, as a result, the company was in dire straits.

But aluminium wasn’t rationed… so it was decided that the new Land Rover would be built with aluminium bodywork bolted on a ladder chassis made from welded offcuts of steel.

A 1.6-litre Rover petrol engine would supply the power. The Wilks brothers sold the idea to the Rover board by telling them that the new vehicle would be a useful stopgap until steel was no longer rationed and reasoned that it would achieve welcome export orders, too.

Within weeks, Rover’s engineers were building prototypes. The first one had its steering wheel in the middle, so that it could be built without expensive conversions to left-hand drive for export.

But the so-called Centre-Steer was abandoned when it was realised that nobody would be able to see the hand signals of a driver sitting in the middle of the vehicle. 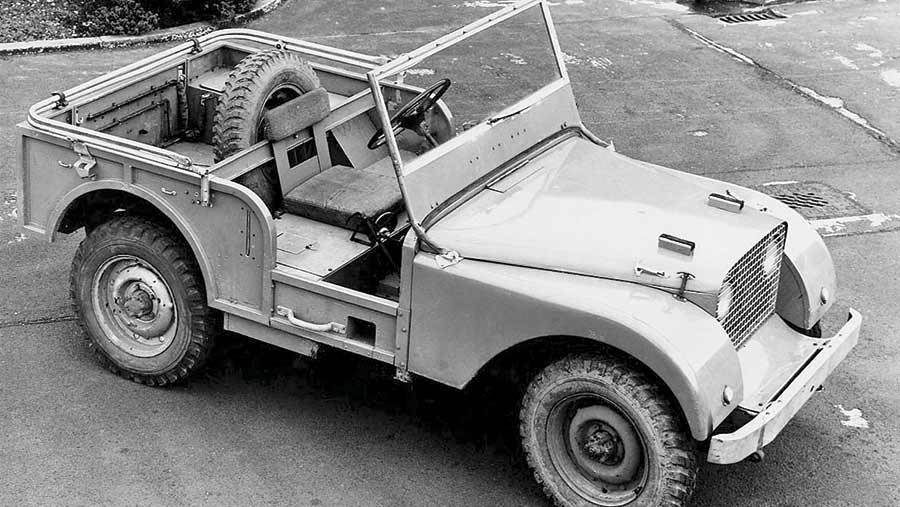 But they soon got it right and the finished vehicle was on sale less than a year after its conception (a feat unlikely ever to be surpassed in the modern motor industry, where the development period of any new model is measured in years).

For maximum versatility for the farmer, the transfer box had three power take-off (PTO) points for auxiliary equipment, including a standard splined drive shaft to the rear to be connected to towed powered machinery such as mowers and binders, while an optional capstan winch could be mounted on the front.

The central PTO featured a pulley to drive vehicle-mounted welding equipment or a compressor to power a bench saw, for example.

The new vehicle was launched on 30 April 1948 at that year’s Amsterdam Motor Show. It was a low-profile affair with little fanfare, but the Land Rover was an instant success.

What had been intended by its parent company as a stopgap aluminium-bodied vehicle to beat post-war steel shortages soon became Rover’s best-seller – and it did indeed achieve excellent overseas sales.

This was an era when the sun still didn’t set on the British Empire and that versatile 4×4 was exactly what was needed out in the colonies.

Back in the 1950s, it was said that the first motor vehicle seen by three-quarters of the world’s population was a Land Rover. 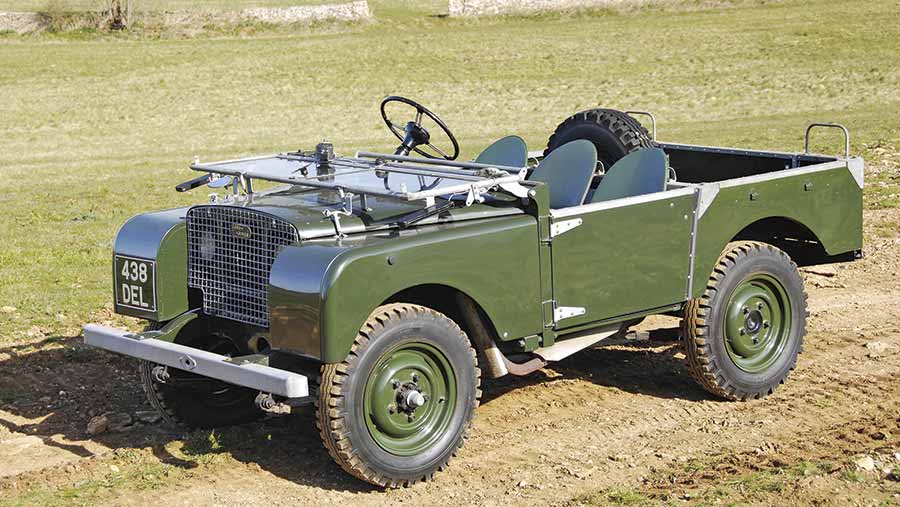 The Land Rover was a hit with Kenyan coffee growers and Ceylon tea plantation owners alike, but nowhere was it more popular than in the British countryside, among grateful farmers.

They didn’t mind the fact that the seats were uncomfortable and that both heaters and door tops were optional extras. It was very comfortable compared with the tractors of its time.

More importantly, this was an era when the British Government had decreed that food production, and the acreage dedicated to it, had to be increased.

This was at a time when there was a severe labour shortage on the land, as a result of German and Italian PoWs being repatriated.

Mechanisation was essential and the Land Rover’s sheer versatility was invaluable on the farm.

The original 80in wheelbase Series I was steadily improved over the next 10 years until its successor, the Series II, was launched in 1958.

That was followed by the Series III in 1973, which was replaced in the 1980s by the Stage One V8 (with a 3.5-litre petrol engine to address the lack of power in the standard 2.25-litre petrol and diesel engines) and the Ninety and One Ten coil-sprung models. 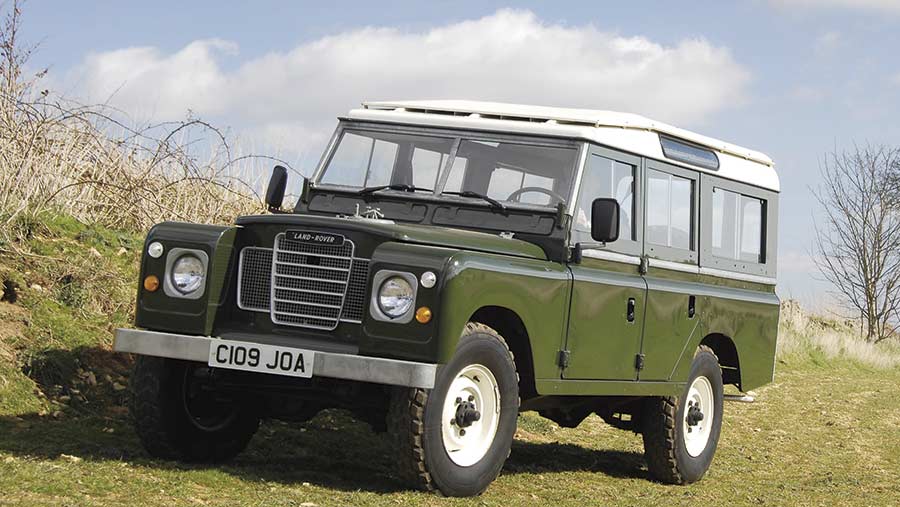 Early in 1990, these utility vehicles were given the same 2.5-litre turbodiesel engine that was under the bonnet of the Discovery, launched the previous year, and the new model was badged Defender, so as not to cause confusion in the ever-growing Land Rover family.

During its lifetime, the fortunes of the utility Land Rover had changed. In its early years, there was nothing to rival its all-round ability.

If you lived and worked in the countryside, a go-anywhere Land Rover was essential. But from the late 1960s, rival 4x4s from other manufacturers ended Land Rover’s monopoly.

Few enjoyed the same off-road capability or the longevity of the aluminium-bodied Land Rover, but nearly all were cheaper. 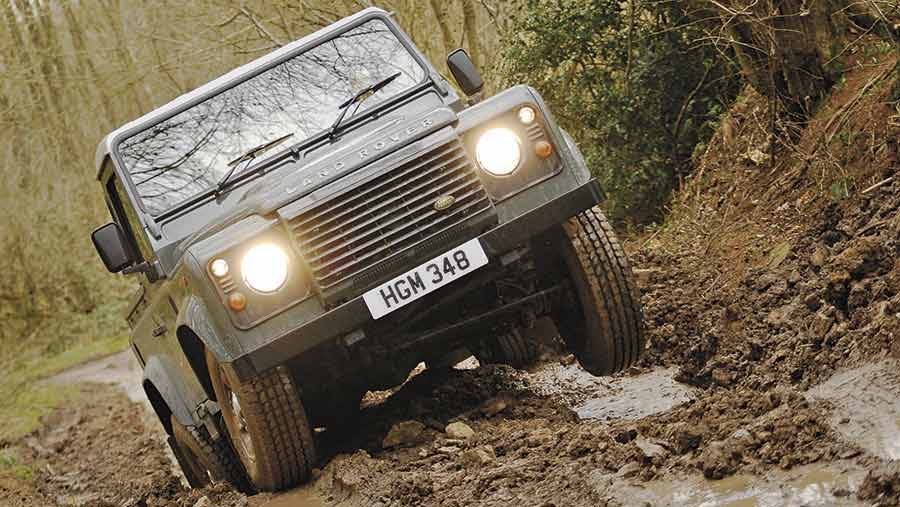 Of course, Land Rover launched a few new models of its own to rival those new competitors. The first, in 1970, was the Range Rover.

Today it is seen as a rich man’s luxury 4×4, and priced accordingly, but nearly half a century ago the original two-door model was aimed at the farmer and was seen as a dual-purpose working vehicle that was equally at home in the fields during the day or going out to dinner on a Saturday night.

It was very basic, with footwells designed to be hosed down after a hard day out in the mud. 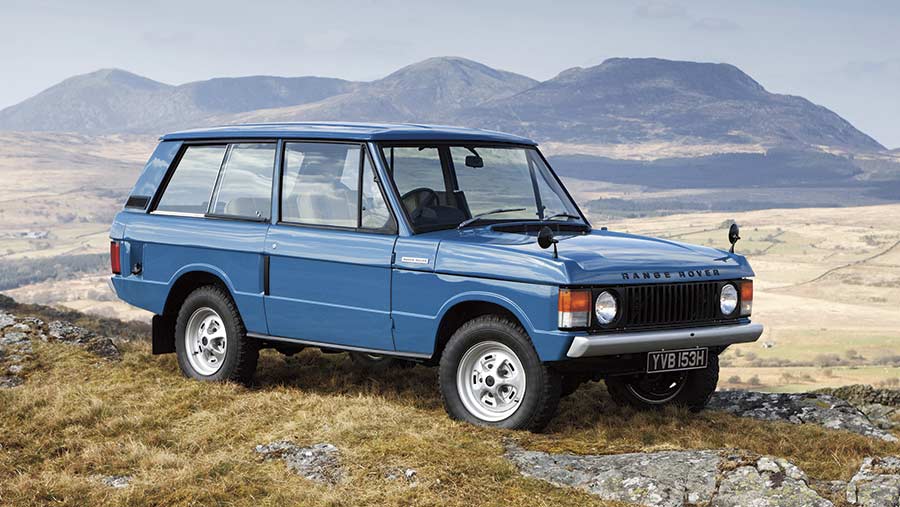 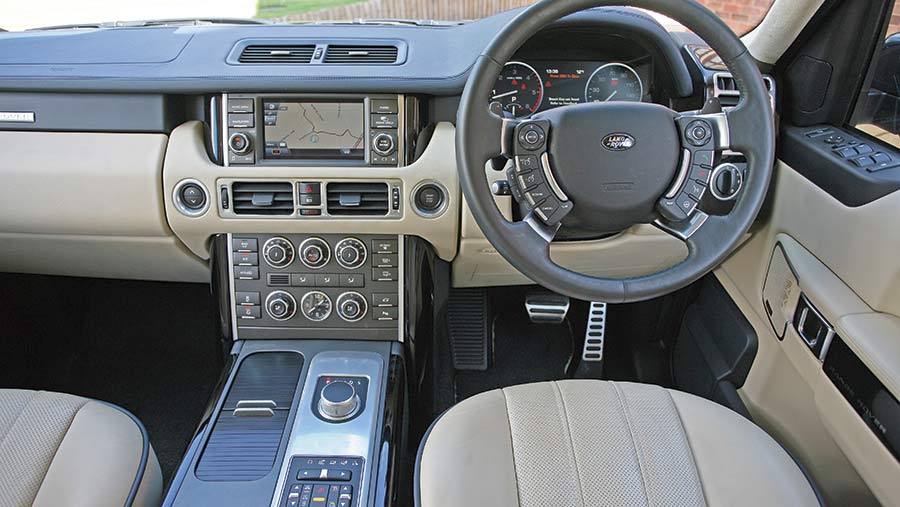 As the Range Rover headed steadily upmarket, it was joined in 1989 by a new model, the Discovery, which was priced to take the fight to Land Rover’s Japanese rivals.

It succeeded and became Europe’s best-selling 4×4 until it was ousted by its own sibling, the Freelander, in 1998.

What they all have in common is class-leading off-road ability – it’s part of Land Rover’s heritage and something the company insists upon before any new model is launched – but they all have a bit too much carpet and bling for the tastes of many who work in the countryside.

Meanwhile, throughout all these changes, the original Land Rover lived on under the Defender badge.

It still comprised an aluminium body on a steel ladder chassis and was essentially hand-built, although the vehicle had evolved greatly since 1947, with creature comforts such as power steering, comfortable seats and decent heating added over the years.

Sadly, the Defender was discontinued in 2016. After decades of upgrades to keep it within safety and EU emissions rules, the company finally decided that it was time to tear up the 68-year-old design and start again. 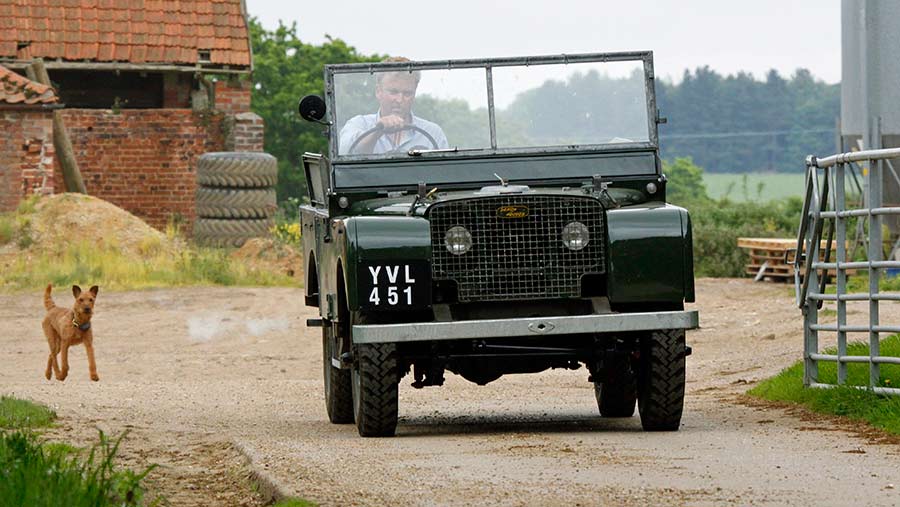 But as the last models rolled off the Solihull production line in January 2016, the family resemblance with the 1948 original was striking. Stand them alongside each other and you wouldn’t need to take DNA samples to confirm the parentage.

As it celebrates its 70th birthday in 2018, it is only fitting that a long-awaited new Defender is expected to join the line-up later this year – but whether a new generation of green Land Rovers will conquer the countryside as comprehensively as that 1948 original remains to be seen.