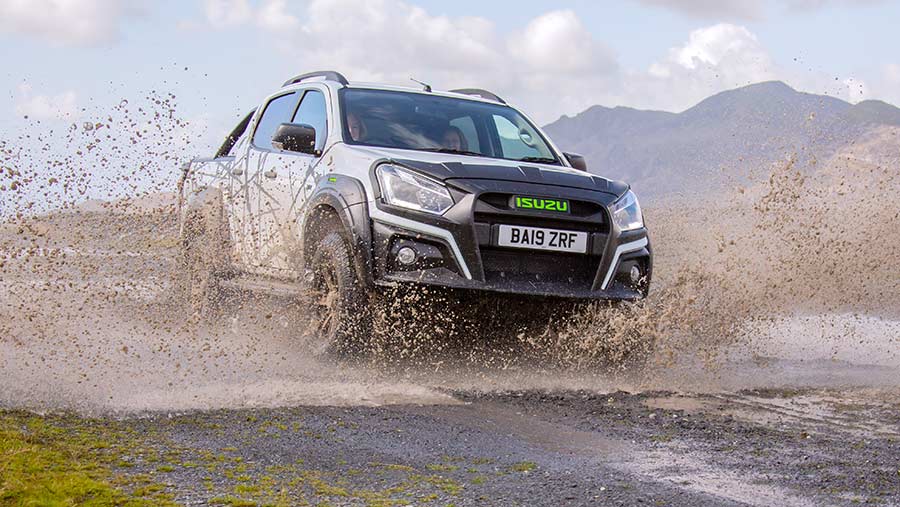 Isuzu has released a new top-of-the-range pickup sporting aggressive styling and a fine-tuned suspension system, that it hopes will smarten the firm’s workaday image and give it a better chance of competing in the lucrative “lifestyle” market.

The Japanese maker has enjoyed huge success selling its well-priced, no-nonsense pickups through agricultural dealerships – a move that has resulted in its budget Utility model outselling the top-spec Blade.

However, the European market is heavily weighted towards higher-end double-cab models – think Ford Ranger Wildtrak and Nissan Navara Tekna – so Isuzu is understandably keen not to miss out.

With that in mind, it has redressed the regular D-Max in XTR livery, slapped a £35k price-tag on the window and positioned it just below versions souped-up by Icelandic 4×4 specialist Arctic Trucks at the summit of the range.

Disappointingly little. The XTR sticks with the 1.9-litre turbo diesel that powers the full D-Max range and transmission options are unchanged, too – a six-speed manual or auto, of which we reckon the latter is the better option.

There is also the option to have graphic details plastered across the side of the truck and the exterior body kit includes a black front bumper guard, bonnet protector and wheel arch extensions. Pirelli provides 265/70 All-Terrain Plus tyres, which are fitted to 17in black alloys.

Inside, there are new heated seats with leather, suede and carbon fibre with plenty of green stitching and XTR logos. The heated seat switch is poorly placed though, and easily engaged while embarking. 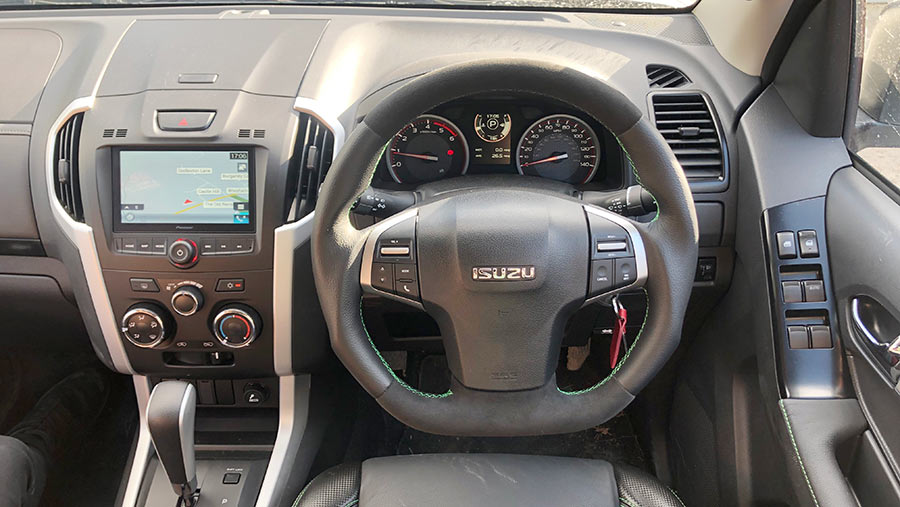 The main hardware change involves Australian company Peddars, which was employed to beef up the XTR’s underbelly and make it more comfortable on the road.

Suspension was first area of focus, with new front coils, suspension arms and dampeners that put the XTR 25mm higher than a standard D-Max, increasing ground clearance to 250mm.

To cope with the added height, ball joints now have a greater articulation arc and, although the vehicle has been raised, the geometry remains the same thanks to a newly designed front top wishbone.

In the braking department, slotted and vented discs, as well as Kevlar ceramic pads, reduce stopping distances and help dissipate heat quicker than the standard set up.

Isuzu is keen to point out that the XTR still comes with a decent payload of 1,125kg, whereas some other tarted-up pickups fall short in this department – the Ford Ranger Raptor, for instance, offers a paltry 620kg.

The latest incarnation of the current D-Max is set to be the last, as a completely new model has been mooted for launch at the end of 2020. Details are currently very thin on the ground – even Isuzu UK claims not to have seen any prototype images yet.

It’s not even clear if the new model will retain the D-Max name that took over from the Rodeo at its launch back in 2012. It’s a change that Isuzu UK may be reluctant to make, though, particularly given the recent success it has had in the farming market.