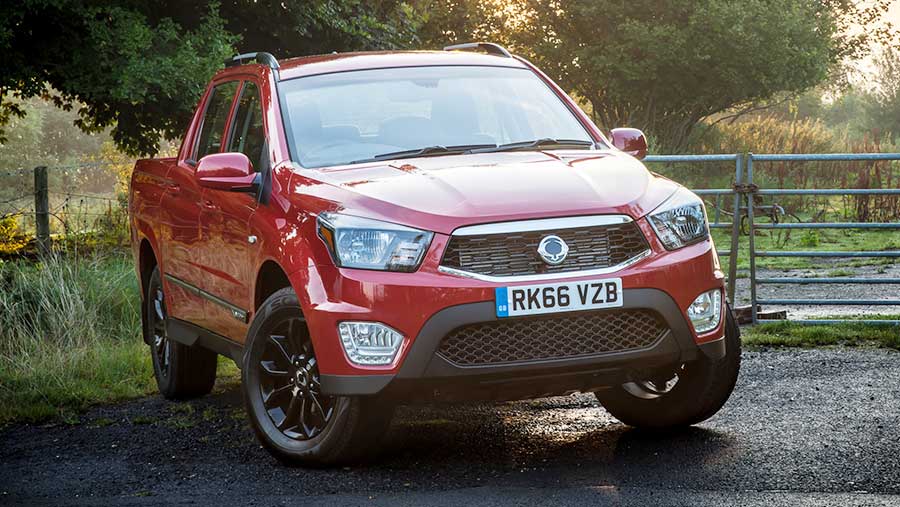 At a smidge under £19,000, a top-sec Ssangyong Musso looks a steal, compared with most of its competition. Our last Country Car also comes furnished with all the toys – so where’s the catch?

It might be time to get more adventurous if the stash of cash you have earmarked for a new pickup is going to stretch as far as it used to.

Only poverty-spec models from Ford, Toyota and the rest of old guard now dwell in the £15,000-£20,000 sector, which has been the typical farming ballpark. However, several less-established names have sloped into the vacated price bracket and are hoping to offer buyers a bit more food for thought.

Ssangyong is one of that Asian-made contingent and, although it might not be a name traditionally associated with working wagons, the Musso has actually been kicking around in the UK since the mid-1990s.

This current model appeared as the Korando Sport in a previous incarnation, but the company hopes an engine upgrade and badge swap will equate to extra sales.

At a shade short of £19,000 it’s not quite Dacia Duster money, but a stacked spec list should be enough to snare at least a few budget-conscious buyers.

See also: On test: Does the new 1.9-litre Isuzu D-Max have enough oomph?

That modest wad of cash lands you a 2.2-litre lump that, on paper at least, looks powerful enough.

It will hit a maximum of 178hp and the 400Nm is about average for the pickup market, but there’s a chance you will have to wait until the rev needle has swung round to 2,800rpm to get every last morsel of torque.

While Ssangyong argues that it provides a smoother spread of power, it actually throws almost all of it around the 2,000rpm mark and has a habit of getting very shouty when maximum muscle is required.

The engine and gearbox combination is also irritatingly indecisive and flitters between ranges. That lack of harmony, particularly during pedal-to-the-metal driving, hurts fuel consumption and causes a lumpier ride.

Top-price models are assigned auto boxes, which glide through the gears pretty tidily when driven carefully.

However, more aggressive chauffeuring limits the time the car gets to pick its shifts and causes the selector to start leaping up and down the gears in a frenzied fashion.

It sometimes helps to take gear changes in-house using a thumb flicker on the side of the gear stick.

The manual controls are useful for towing jobs and the gearbox shortcomings are also partially remedied by the choice of coil springs at the back. They get rid of some of the tail-end jiggle that is typical of leaf-sprung set-ups but it still doesn’t glide over potholes quite like it should. 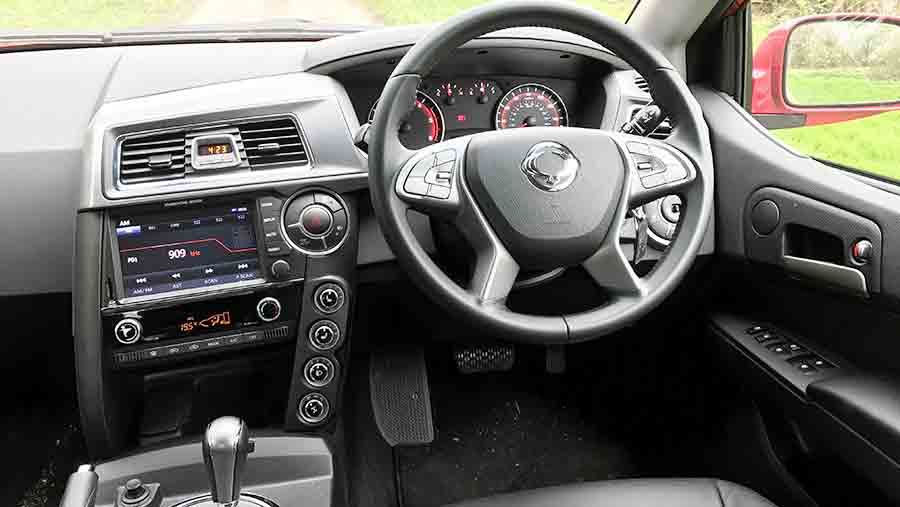 Ssangyong’s sporty semblance starts with a heavily raked windscreen and black alloys, and there’s more of the same on the inside – so much so that it makes the Isuzu D-Max featured in our last Country Car feature look seriously spartan.

The centre console comes angled towards the driver, as you would expect in something far cooler than a Musso. There are neatly finished switches to tweak the heated leather seats, a charge point for an iPhone and the lavishness even extends to a 7in touchscreen.

However, the lack of switchgear illumination makes it very difficult to track down the correct controls in the dark and the handbrake sits in another postcode on the other side of the centre console and is far too easy to forget about.

The big dash eats into legroom, compared with some of its rivals, but the upshot for hitch-hikers is a proper row of rear seats with adjustable headrests.

A focus on interior space comes at the expense of the load bed, which is almost 10in shorter than some of its rivals. In fact, the Musso is one of the smallest pickups on the market.

The designers have made up for some of the lost space by making it much deeper.

It sits low to the ground to make life easier lumping in bags of feed, though the low ride height does leave the spare wheel looking pretty vulnerable underneath.

The tailgate is also hollow and the flimsy lining will eventually fall away.

In fact, the liner is generally a sour point and, because it also doesn’t ride up over the sides of the load bay, leaves the cherry red paintwork vulnerable to chipping.

On the towing front, our model was rated to 3t capacity, but Ssangyong has since upgraded it to 3.5t. It’s also moderately heavy, so is less likely to be bullied by the stock trailer around corners.

It’s a more comfortable machine than the Great Wall, but is less refined than more expensive pickup foe. Decent interior, smart looks and enough power should tick plenty of boxes, but spongy brakes and a lurchy transmission were the let-downs. A five-year warranty should soothe some of that. 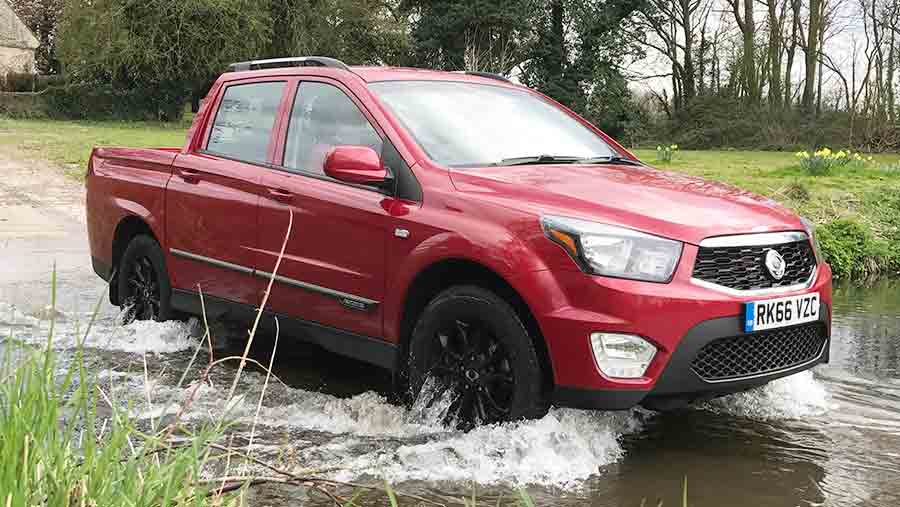