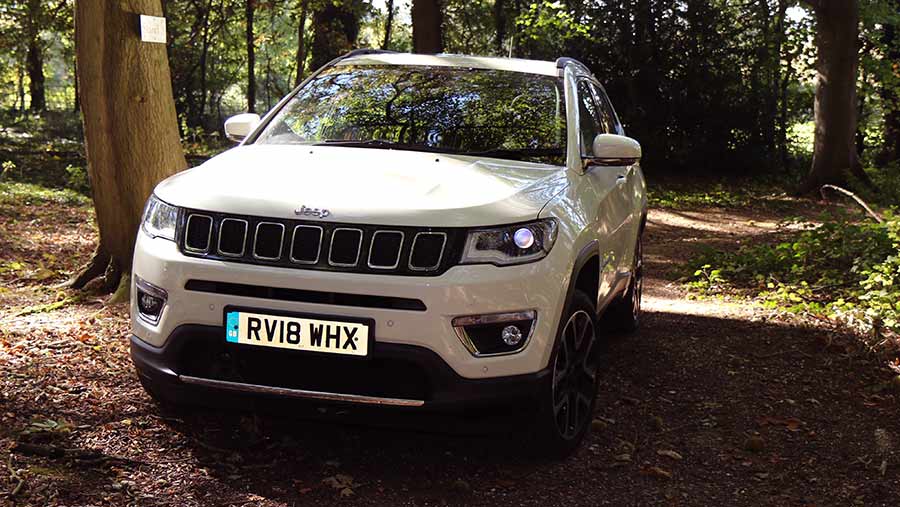 Almost every four-wheel drive passenger car that you might see on a farm today can trace its inspiration back to the original Jeep.

Land Rover designer Maurice Wilks famously had one that he used on his farm on Anglesey, while the first Toyota Land Cruiser was effectively a Jeep built under licence in post-war Japan.

Ironically, though, the originators of the sport utility vehicle (SUV) have been slow to capitalise on the booming crossover market.

And now seemingly everyone else has descended on this lucrative niche, with cars that aim to combine the dynamics and refinement of a traditional family hatchback with the rugged appeal of an SUV.

There is no doubt that Jeep has pitched the new Compass towards the more robust end of this spectrum.

While there are front-wheel drive models in the line-up, those in the upper half of the range all come with four-wheel drive as standard.

Likewise, the rear suspension uses a Chapman strut arrangement to increase wheel articulation, with high-strength steel links and an isolated subframe to provide additional reinforcement on the four-wheel drive models.

The no-nonsense styling certainly helps to reinforce the message that this particular crossover is more mud-plugger than urban explorer.

There is the trademark Jeep grille and the familiar squared-off wheel arches, combined with sharply chiselled sides and a subtly sloping rear roof line.

Styling is clearly subjective, but to our eyes it’s one of the best-looking cars in the class.

Short overhangs and a comparatively high ride height add to the effect.

As standard, the four-wheel drive models come with 208mm of ground clearance, but the forthcoming Trailhawk version is set to increase that to 216mm, with approach and departure angles of more than 30deg.

An optional towing pack is also available, which provides 1,900kg of braked towing capability (enough for a single horsebox or a small car trailer).

Jeep has played it relatively safe with the interior of the Compass.

The seats are comfy, the driving position is well-thought out and visibility is good. 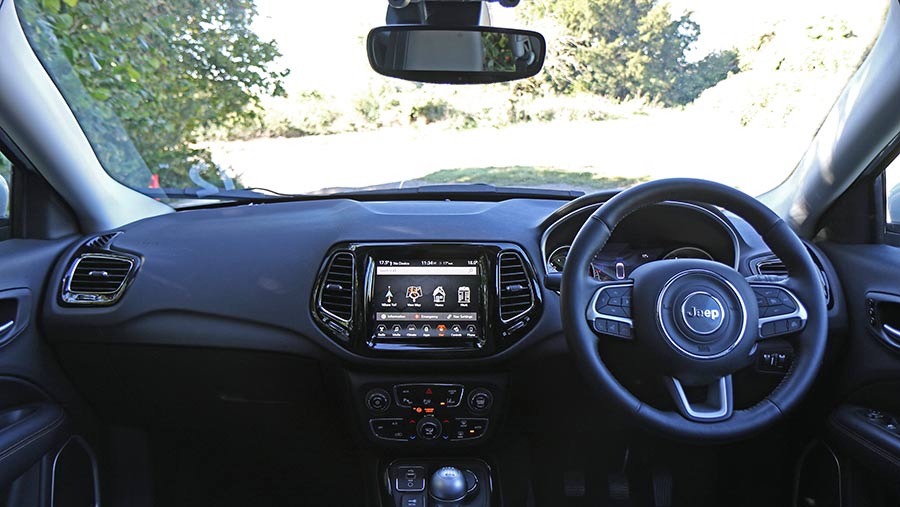 Aside from the rather flimsy indicator stalks, the material quality is generally decent too.

But the look and feel of the Compass’s interior is neither as adventurous as its smaller brother, the Renegade, nor as upmarket as the likes of the Volvo XC40 or the Audi Q3.

What you do get is plenty of standard kit. Even the base model comes with DAB radio, air conditioning and Jeep’s UConnect system, which provides hands-free calls and texts.

Mid-range Longitude spec upwards gets an 8.4in touchscreen infotainment system, which looks a little dated, but responds crisply.

Space inside the cabin is generally good.

There is plenty of legroom in the back, although the optional “command view” panoramic sunroof in our test car didn’t aid the headroom and it’s not cheap at £1,200.

The boot offers 438 litres of luggage space with the seats up – slightly more than the Volvo XC40, but some way short of the BMW X1 or the cavernous Volkswagen Tiguan.

Three diesel engines are available: a 1.6-litre 120hp unit, the two-litre 140hp model found in our test car and a 170hp two-litre range-topper.

Petrol choices are limited to a 1.4-litre turbocharged engine in 140hp or 170hp form.

Four-wheel drive is standard on the two-litre diesels and the higher-powered petrol, while most of the engines come with a six-speed manual gearbox.

A nine-speed automatic is available with both the top-spec petrol and diesel engines.

It responds well and revs smoothly, although the soundtrack can be a little gruff compared to the best of the modern diesels.

The transmission can be locked in four-wheel drive mode for slippery conditions, but ordinarily the drive to the rear axle is disconnected while cruising to save fuel.

On paper, this gives a combined fuel economy figure of 54.3mpg, which puts it more or less in the middle of the pack, as does a 138g/km CO2 rating.

Despite its off-road credentials, the Jeep Compass feels thoroughly at home on tarmac.

Body roll is well controlled, it clings on gamely through the corners and the ride is generally good, if a little firm around town.

That’s not to say it’s in any way sporty, however.

The steering is light and a touch vague, while the whole package lacks the dynamic sparkle of some of its rivals.

We didn’t have a chance to try any proper off-roading, but the scramble up a steep, grassy bank to get to our photo location was despatched with consummate ease and the Compass’ specification bodes well for more enthusiastic use.

All four-wheel drive models come with Jeep’s Selec-Terrain system, which allows you to select snow, sand and mud modes to maximise traction off-road.

The Trailhawk is due to take this a stage further with proper hill descent control and a low-range (20:1) crawler gear for more extreme terrain.

Jeep has remained true to its roots with the Compass.

It looks, feels and drives more like a traditional SUV than the majority of crossovers.

On road, it’s competent but less engaging than some of its competitors, with average levels of comfort and refinement.

The flipside is that it’s one of the few cars in this class built with genuine off-road ability in mind.

Decent residual values and a strong identity should strengthen its case.