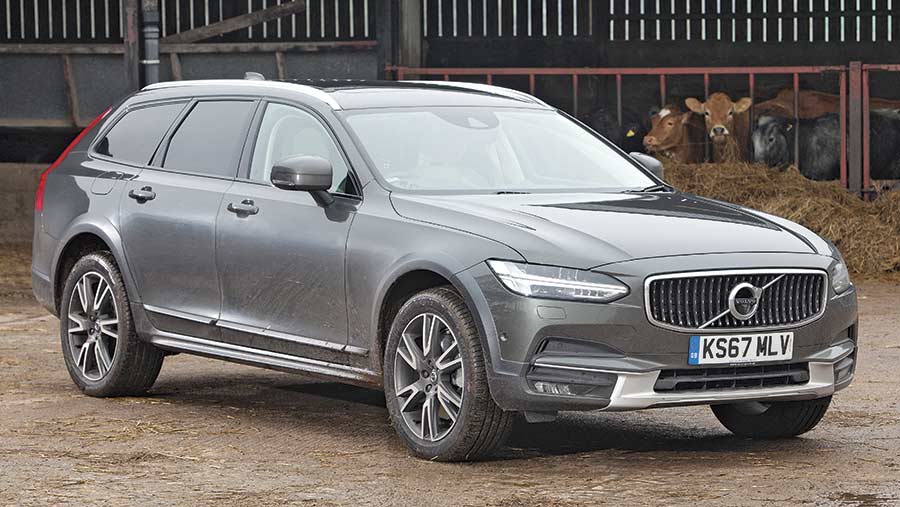 To decide which was best, we put them through a week of mixed driving, including some typical farm-based off-roading and a longer run into the Welsh hills.

Here’s how the smooth-operating Swede stacked-up…

The V90 is a proper country car with decent ground clearance, chunky tyres and enough boot space for an assortment of large dogs.

It can’t match the Audi or Mercedes for performance and handling, but we thought its slick, quiet and well-thought-out interior was the best of the bunch. Its swollen door mirrors and poor visibility were its biggest downfalls.

There’s no option of a thumping V6 in the Volvo, so our model came with the peppiest of the Swede’s four-cylinder diesels – the D5.

This is the same block as the less powerful D4, but it manages to generate an extra 45hp and 80Nm of torque.

It also comes with some technology called Powerpulse that uses a shot of compressed air to spool the twin turbos up faster, reducing lag at lower revs. 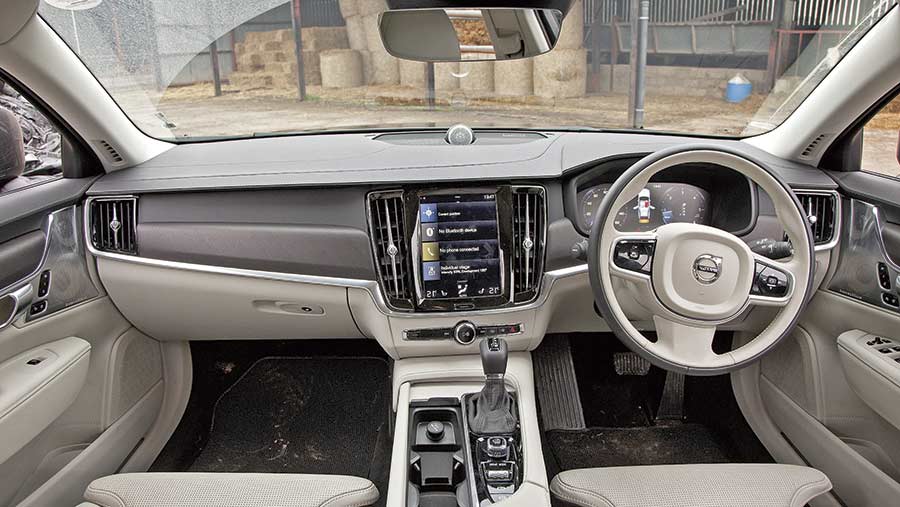 We were genuinely surprised at how quickly the V90 picked up speed off the mark and it can almost stay with the Mercedes and Audi up to about 50mph, after which their extra pairs of cylinders allowed them to romp away.

But let’s face it, Volvos have never been about out-and-out speed. Instead, this engine is smooth, quiet and offers better fuel economy than its German counterparts.

Volvo also quotes a combined fuel consumption figure of 50.4mpg, which in the real world is more like the mid- to late 30s (or maybe the early 40s if you really nurse it along).

Volvo offers just one eight-speed automatic transmission in the V90.

In line with the rest of the car’s fuss-free approach, the driving dynamics are changed by pressing a simple button/scroll wheel on the centre console.

Adjusting these settings doesn’t alter the car’s ride height as it does on the other two, so this means it’s a little less stable through the corners.

As per Volvo’s suggestion, we found the Comfort setting the most suitable for everyday driving.

Our car also had the luxury of adaptive cruise control and the company’s semi-autonomous Pilot Assist system.

As well as keeping you at a set speed and distance from the car in front, this will also help hold you between the white lines.

Like the foyer of a fancy furniture showroom, the V90’s blend of leather, wood and buffed aluminium gives it an air of refinement.

This continues with the ultra-crisp Bowers and Wilkins stereo system (a £3,000 option) that does away with crass tuning options such as subwoofer and bass settings.

Instead, drivers get the choice of pre-programmed profiles that mimic places of cultural interest, such as a theatre stage, music studio or, more specifically, the Gothenberg Concert Hall. That latter option is surprisingly effective.

But middle-class niceties aside, we felt that Volvo had come up with the slickest interior of the lot.

Almost all functions are slotted into a tablet-style touchscreen in the centre console, making them easy to find and leaving the rest of the cabin clutter-free. 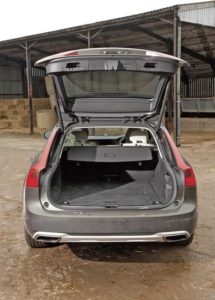 In contrast, the Merc and Audi’s collections of buttons, dials and touchpads seem overly fussy.

It’s not perfect, though. Our biggest problem was visibility, particularly with the bucket-like wing mirrors that protrude like elephants ears even when folded.

These completely fill the corner of the front windows, obscuring the view of traffic when pulling out of junctions or on to roundabouts.

As for its practicality, boot space is plentiful and our car came with a flap that lifts up to divide the load space.

Rear passengers are treated to decent legroom and their own climate control settings, too.

Unlike the Audi and Mercedes, the V90 has a permanently elevated driving position, which is probably no bad thing for a country car.

This gives it a reasonable ground clearance of 210mm (unladen) and its deeper profile tyres are more tolerant of the proliferation of potholes across the rural road network.

It has a permanent four-wheel-drive system, which is active in all driving modes.

However, selecting the Off-Road setting changes the driving characteristics to apparently make it easier to control in tough conditions. 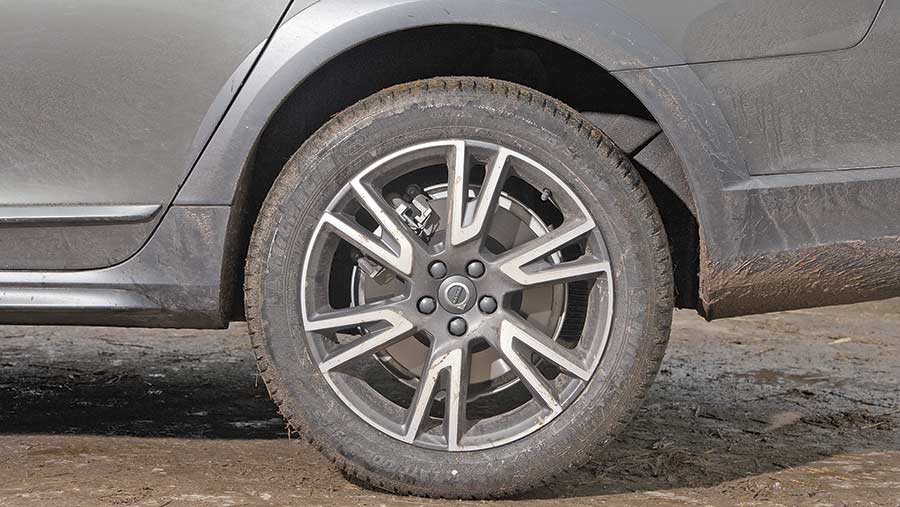 The electronically controlled system balances the power for you and sends it to the wheels with the most grip. There’s also a hill descent control to help prevent you sliding down greasy banks.

Clearly its no extreme off-roader, but it’s in a similar league to most of the softer SUVs with a single-range transmission.