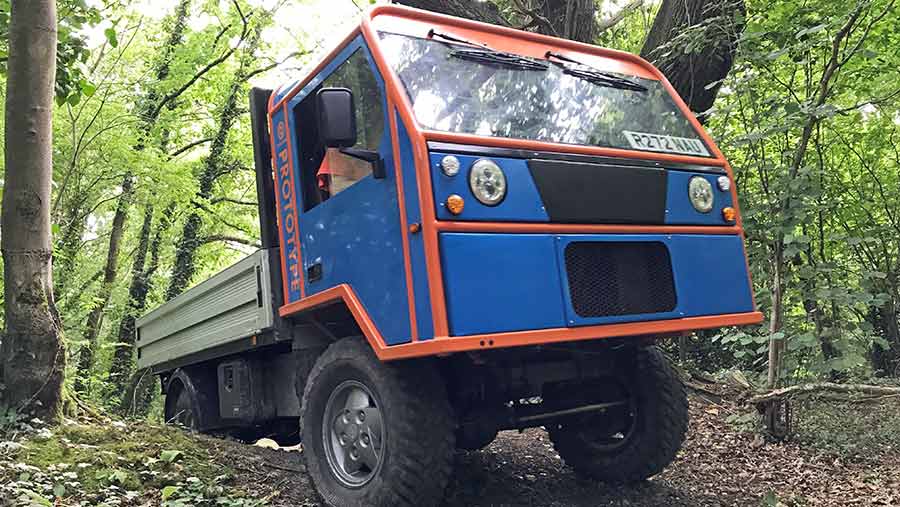 Early generation Land Rover Discoverys have been a farming favourite for two decades but many have been struck down with a vicious case of tinworm that, until now, has left them destined for the scrap heap.

However, a gang of upcyclers in the Isle of Wight have come up with a new cab design that bolts in place of the old body while making use of Land Rover’s decent engine, gearbox and chassis.

The forward control cab sits on top of the engine and leaves a big load bed out back capable of carrying up to 1,200kg.

This solution differs from other companies vying to sell alternative farm runabouts, such as far smaller UTVs, converted Jimnys with limited carrying and towing capacities, the two-wheel-drive OX flat-backed truck and Projekt Grenadier (a kind of Defender replacement that remains a long way from production).

The other perk of Rotodama’s kit is that it retains all of the Discovery’s stand-out features, including a 3.5t towing capacity, coil springs all round and the pretty solid combination of 2.5-litre 300Tdi engine and five-speed auto gearbox.

The cab skeleton is made from a motorsport-spec tubular frame that is tough enough to handle the knocks and bashes of off-highway life.

The boxy shape keeps construction simple, while double posts on the front and rear corners and diagonally-set bracing across the roof stiffen it enough to handle a rollover.

Some of the panels are currently made of aluminium, but on full production models these will be replaced with GRP fibreglass, which is both tough and easy to replace.

The panels themselves self-retain in the frame, so by running cheese wire through the sealant they can be popped out and replaced pretty easily if broken.

Other external tweaks for full production models include a front bumper that will improve impact absorption (there are currently no crumple zones) and some steps, as the climb into the cab is almost a metre.

On the inside, buyers get the essentials: seats, steering wheel, doors and windows, and a three-speed fan for the footwells and windscreen.

There are currently no dials, but the firm says it will probably reuse Land Rover’s instrument binnacle.

Other internal tweaks include switching all the panels to aluminium, extending legroom and adding window locks. 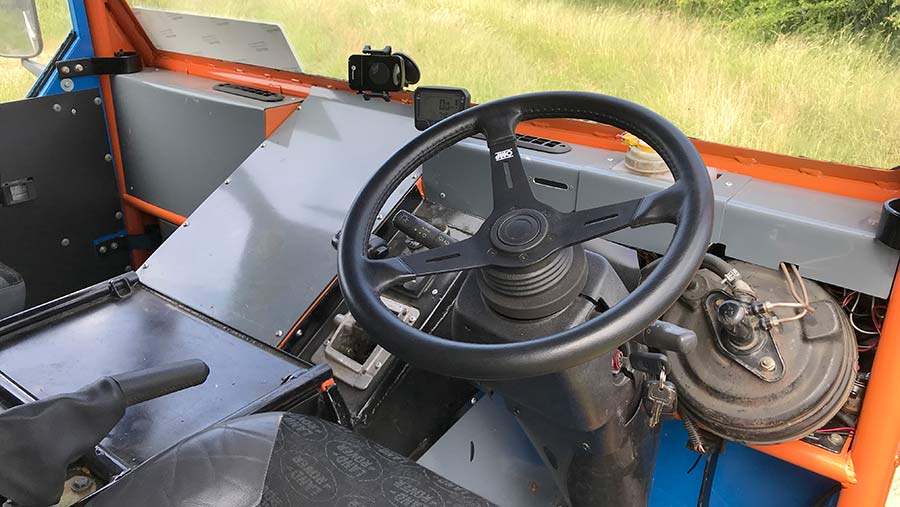 The fitting process is pretty simple, provided the 12 mounting bolts for the old body come undone cleanly and angle grinder work is avoided. In all, it should take Rotodama less than two hours to remove the old shell.

Hacking the body off provides the perfect opportunity to give the rest of the vehicle a health check. In particular, it’s worth having a quick gander at a couple of the chassis’ weak points around the rear tubular cross member. If there are signs of rust then it’s well worth getting them patched up with 2mm plate.

In fact, the company suggests shot-blasting and repainting the chassis before lifting on the new cab, which is simply held by four M10 bolts that slot down through the original mounts.

Does it alter the Discovery?

The beauty of the system is that it doesn’t alter any aspect of the engine, transmission or chassis, so it sits within the same footprint – the only alteration is some mildly stiffer suspension springs to handle the extra front-end weight.

Keeping the bare bones of the vehicle intact also avoids the rigmarole of changing the Individual Vehicle Approval with the DVLA – as far as they’re concerned, it’s still the same vehicle (bar the colour).

The changes see 950kg of bodywork removed and replaced with just 500kg in new cab and rear deck. That means almost 500kg has been shaved off the Discovery’s overall weight and leaves 1,200kg of payload capacity in the back, which comfortably competes with the biggest pickups on the market.

The company isn’t building rear-deck add-ons itself – instead it has recruited Solent Body Builders in Fareham, which will manufacturer all sorts of kit, including shoot trailers with minibus-style seating, campervan units or tipping bodies. 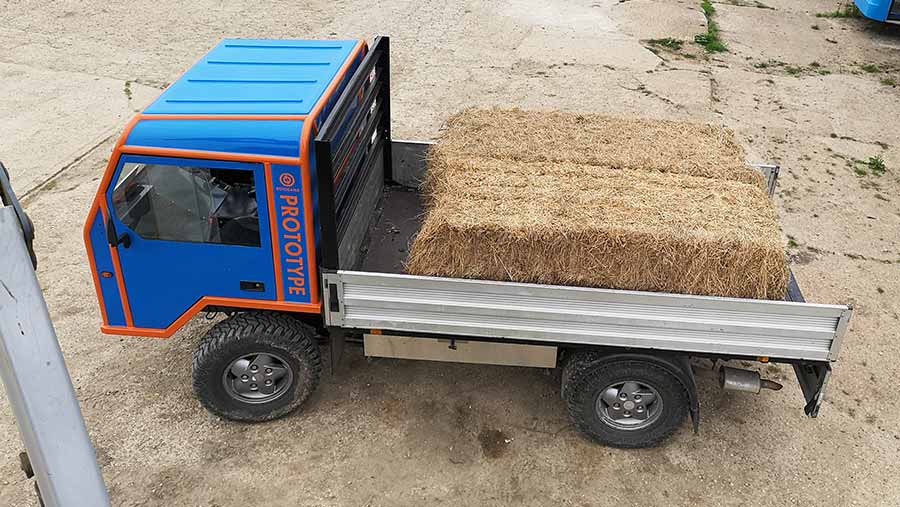 Because the running gear remains the same, top speed is well over 80mph, it can still tow 3.5t and has decent ground clearance too. Coil springs are also far more forgiving than the leaf setups on most pickups when blatting along rutted farm tracks.

Losing most of the bodywork causes the centre of gravity to drop by about 60cm, which makes it more balanced over rough ground, too.

The other benefit from the changes is the forward control design, which gives the driver an up-close view of the front corners – particularly handy for anyone that does forestry work.

On the inside, it’s a pretty crude setup at the minute, although the pre-production model will be tidied up and fine-tuned with a few extra mod cons.

There’s currently little in the way of sound deadening, so it’s quite noisy, but the combination of aluminium interior panels and foam sealant will be good at stifling the sound from the engine, the company says.

Surprisingly, it doesn’t get overly hot in the cab, despite the engine being between the two seats. Legroom is reasonable too – and will be improved by 40mm on later versions – and there’s more space between steering wheel and door than in the Defender.

Consumption stats are pretty similar to the original vehicle – expect to get about 22mpg from the auto or more like 30mpg in the manual.

Pricing is still being ironed out and is likely to change as production gets ramped up.

As a guide, Rotodama expects to charge £11,250 (ex VAT) for the cab, including the steering column, belts, seats and gear shift assembly.

Surprisingly, 90% of enquiries have been for cab kits, but the company will offer to remanufacture vehicles. Going down this route is likely to cost closer to £30,000 as it will include a revamp of the running gear, so it looks like a cheaper bet to source the vehicle yourself.

Once you own the cab, there’s also the option of swapping it to another vehicle further down the line.

Why a Series 1 Disco?

There are around 30,000 Series 1 300Tdi Discoverys still on the road and their tendency to suffer from body rot rather than mechanical gremlins makes them the ideal donor vehicle.

Most eventually fail MOT tests for the same reasons – particularly rusty boot floors and inner wheel arches – but they all run on what is essentially a solidly-made Range Rover chassis.

The cab will also fit Series 2 Td5 Discovery models, of which there are another 30,000 on the road. However, it’s not so much body rot that is the problem but rusty chassis.

Replacement galvanised chassis are available for about £2,000, so they can still be salvaged, but generally they were built with thinner, lower-grade metal and weren’t protected by paint in the right places.

Land Rover Defenders have different chassis mounts but the overall width is the same, so conversions shouldn’t be too difficult.

Of course, the advantage of using Land Rover vehicles as the base is the abundance of spare parts, but any ladder chassis vehicle can be adapted to forward control and the Toyota Hilux is another likely candidate for the future.

A team of four friends have been developing the front cab for the past three years, with a mix of skills in fabricating, engineering and marketing.

Keen upcyclers, they noticed the number of Discoverys drifting towards redundancy due to their tendency to suffer from bodywork rust.

They came up with a basic plan for a forward control cab and knocked together a rudimentary concept within three months using human dimensions to get the pedal angles correct in relation to the seat and wheel.

The original idea was then developed into a proper prototype that is still running now. 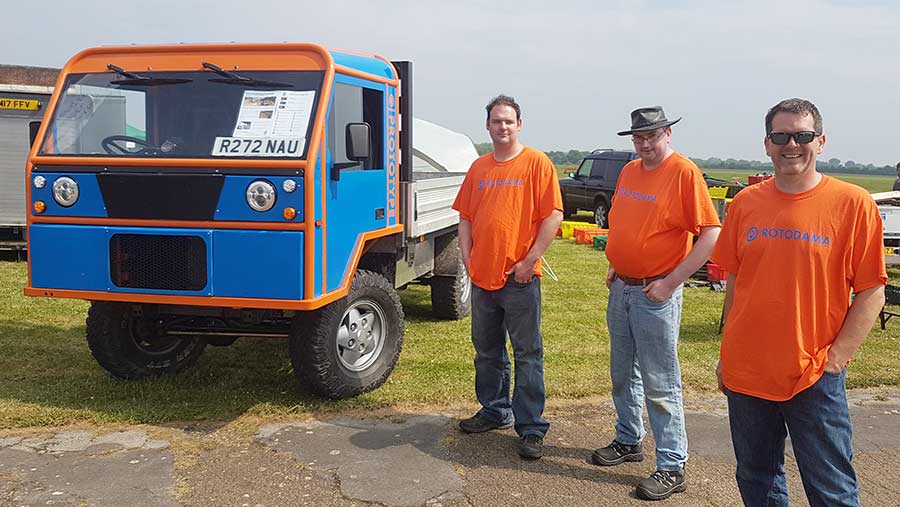