The S-Cross first went on sale in October 2013 as Suzuki’s debut “crossover” model and now, three years later, it has been updated with new styling, engines and improved ground clearance.

Suzuki’s Boosterjet petrol engine was first used in the Vitara as a 1.4-litre unit and the 1.0-litre version followed several months later. 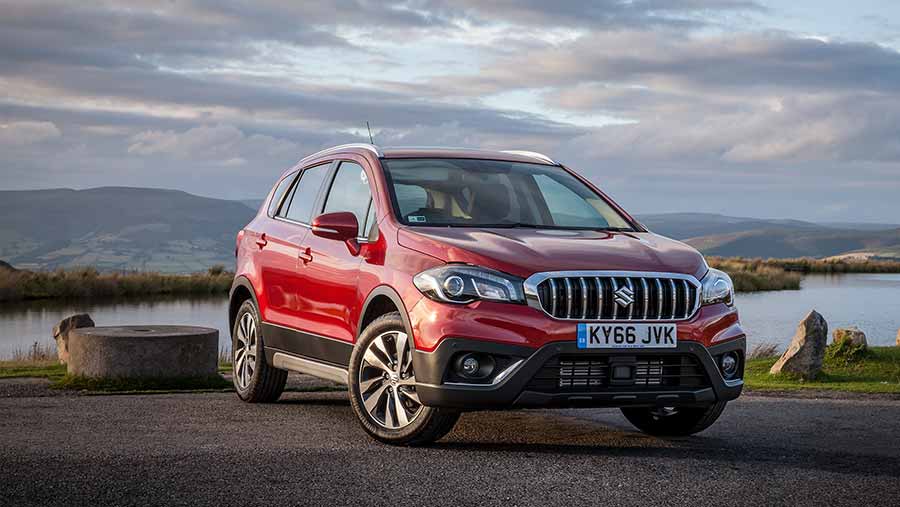 The three-cylinder block has since been moved into the S-cross and the company claims it offers the same power and torque as a 1.8-litre normally aspirated engine.

The 1.4-litre Boosterjet engine has a power output of 140hp and offers 220Nm of torque. It also offers a 0-62mph acceleration time of 10.2secs for both manual and automatic transmissions, with a maximum speed (where permitted) of 124mph.

Top of the tree is the 1.6-litre DDiS engine has a torque output of 320Nm from 1,750rpm and uses a variable-geometry turbocharger to achieve high torque and low particulate emissions.

An engine auto stop/start system is used on all S-Cross models that shuts down the engine when stationary. All SZ4 models are equipped as standard a DAB digital radio, air conditioning, 16in alloy wheels, cruise control and heated door mirrors.

The facelifted S-Cross goes on sale on 17 October.