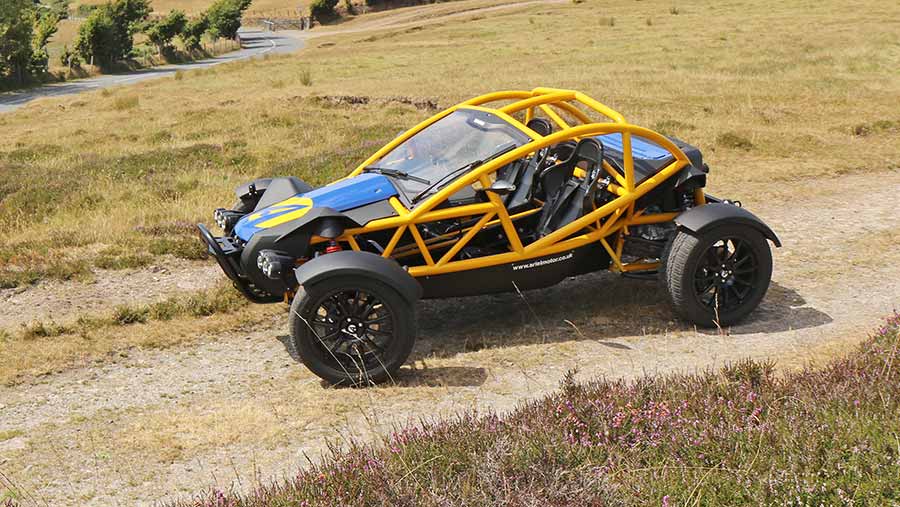 As agricultural vehicles go, the Ariel Nomad might seem like a pretty extreme choice. OK, so it’s not a proper workhorse, but it could be the perfect way to unwind, and with genuine off-road ability, sharp handling and explosive performance, it promises to be as much fun on a dirt track as it is on the race track.

It comes from Ariel Motor Company, a family-run business based in Somerset that’s backed up by some seriously heavyweight engineering talent.

Boss Simon Saunders worked for Porsche and Aston Martin before setting up his own business and reviving the historic Ariel name in 1999. Since then, Ariel cars have gained a reputation for top-notch build quality and supercar-slaying pace.

The Nomad draws heavily from the track-focused Ariel Atom, with the same mid-engined rear-wheel drive layout and exoskeleton construction.

However, there’s far more to it than simply an Atom with raised suspension – every single piece of the chassis is different and there are only a handful of components shared between the two cars.

The heart of the Nomad is a 2.4-litre four-cylinder engine taken from the US-market Honda Civic Type S.

Even in regular form it produces a very healthy 235bhp, but this example has been fitted with the optional supercharger kit, which takes it up to 300bhp and 300Nm of torque.

Combined with a kerb weight of just 680kg, this gives the Nomad a better power-to-weight ratio than a Ferrari 458. It’s quicker off the line too, with a 0-60mph time of just 3.2 seconds.

Ariel builds each car to order and there is a faintly bewildering array of options.

Chief among these are three different suspension packages (loosely equating to road, off-road and track) plus a choice of six different wheel and tyre combinations.

Further down the list you’ll find a variety of performance upgrades, including a big brake kit, a lowered final drive ratio and, of course, that supercharger. 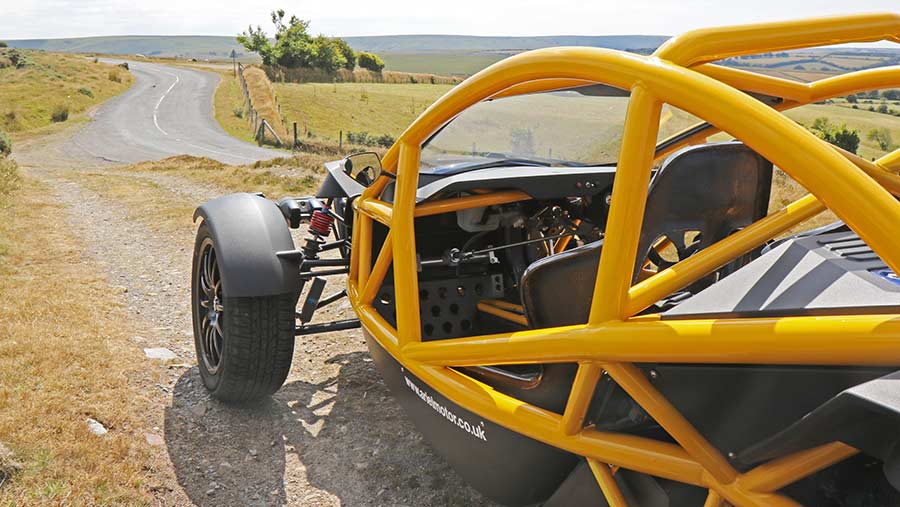 It goes without saying that the Nomad is seriously fast, but what’s more impressive is the way the performance is delivered.

It’s an intensely visceral experience, with the road close enough to touch through exposed chassis tubes and the spine-tingling howl of the supercharger just behind.

But it’s also surprisingly well-mannered. On dry tarmac there’s loads of traction, while the unassisted steering chatters with feedback and the chassis seems to pivot directly around the driver’s hips.

The Nomad is quite unlike anything else on the road. Despite its generous ground clearance, the seat is mounted so low and the suspension is so well controlled that you’re never really aware of being in an off-roader.

It’s closer in character to lightweight sports cars such as the Caterham Seven or the Ariel Atom, but it feels different to those as well. The sense of occasion as you thread yourself – Dukes of Hazzard style – through the roll cage is priceless.

The details are brilliantly engineered too. Somehow the Honda gearbox feels even better in the Nomad than it does in the Civic Type R, while the pedals are perfectly set up for heel-and-toe.

Likewise, the unservoed brakes offer plenty of stopping power and good pedal feel. The only real downsides are limited rear visibility and the fact that it’s difficult to lean forward at junctions when you’re strapped into the four-point harness.

The quality that most defines the Nomad is its versatility. It’s an immensely rewarding car to drive on the road; capable of keeping up with just about anything on four wheels, but you can also drive it straight on to a field or a farm track. And that’s where the real fun begins.

It’s predictably easy to overwhelm the road-biased all-terrain tyres when you’ve got 300bhp at your disposal, but there is a reasonable amount of grip, aided by the standard-equipment limited-slip differential.

The options list includes proper mud terrain tyres, which would obviously improve things further. What’s more, you can specify features such as a raised air intake, Fox dampers with hydraulic bump stops and even a winch.

With the adjustable suspension in its off-road configuration, the Nomad has 300mm of ground clearance – comfortably more than a Land Rover Discovery – not to mention an approach angle of 71 degrees and a departure angle of 82 degrees. And at the end of the day, the cockpit is designed to be hosed out.

Nothing else matches the Nomad’s combination of on- and off-road ability. It’s as exciting to drive as supercars costing 10 times as much. And while it’s designed primarily for fun, that’s not quite the end of the story.

Our test car came with a tow hitch (said to be capable of pulling about 600kg, although it’s not officially rated for road use). One Nomad owner apparently uses theirs to tow a mower, while another is said to have hitched up a slug pellet spreader.

And that got us thinking: maybe it does classify as an agricultural vehicle after all…