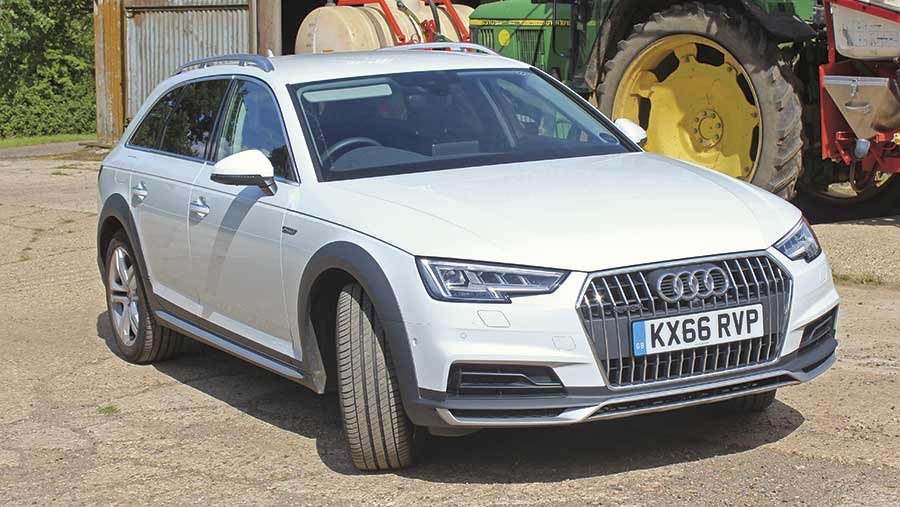 Audi’s A4 Allroad brings spongier suspension, marginally higher ride height and chunkier tyres than its finely tuned estate cousins, but does it justify the extra grand in asking price.

The Allroad version of Audi’s sought-after A4 range finds itself in an odd middle ground between the standard tarmac-eating estate and the taller, family-carrying SUV.

Plastic wheel arch surrounds and a 34mm higher ride height offer a whiff of off-road interest, but this is still a car designed for eating up monotonous motorway miles.

If you’re dead set on the Allroad over the standard estate model then there are a few options – primarily whether to choose the conservative two-litre engine or go all out and treat yourself to the smooth thrum of the bigger three-litre.

Audi estates have proven to be some of the best around. There are still thousands of mid-2000s models flying around UK roads, plenty of which have well over 200,000 miles on the clock, and S-Line models hold on to their value particularly well.

Gradual, small updates have kept the cars looking fresh without leaving the oldies outdated, and that narrative continues through the latest models.

The standard package is loaded with nice-to-have things such as snazzy Xenon headlights, but it will still take a headstrong buyer to resist the lure of an options list that includes heated seats and a thumping sound system.

There’s also Audi’s virtual cockpit which shows all sorts of things between the big dials and saves taking your eye too far from the road for navigation directions and the telephone.

Central to that is an 8.3in infotainment system controlled through a rotary dial near the gear lever. It provides access to all of the car’s technical wizardry, but the best bit is the Google Maps system.

It provides a moving satellite image as you drive, offering the perfect bird’s-eye, nosy parker view of all of the neighbours’ fields.

It’s that A-grade interior that keeps the A4 miles ahead of most of its rivals in the VW Group.

Dials and switches work with the precision of an atomic clock and the choice of materials is top notch.

Rear parking sensors are standard and our model also came with an advanced parking assistance pack for £1,350, though the cash would probably be better spent on a few extra driving lessons.

Our 190hp two-litre TDI model is the baby of the pack. It’s still pokey and will leave Granny’s Nissan Micra in its dust, but can’t offer the broad spread of power that comes with upgrading to a three-litre block.

The latter is definitely the more appealing and, in our eyes, the one to pick because there isn’t a huge fuel consumption penalty – the official stats suggest it’s only 2mpg worse off.

Whichever you choose, the block is cold-heartedly quiet and it can be quite disconcerting when decamping from the farm pickup straight into the yoga-like serenity of the A4’s insulated cockpit. 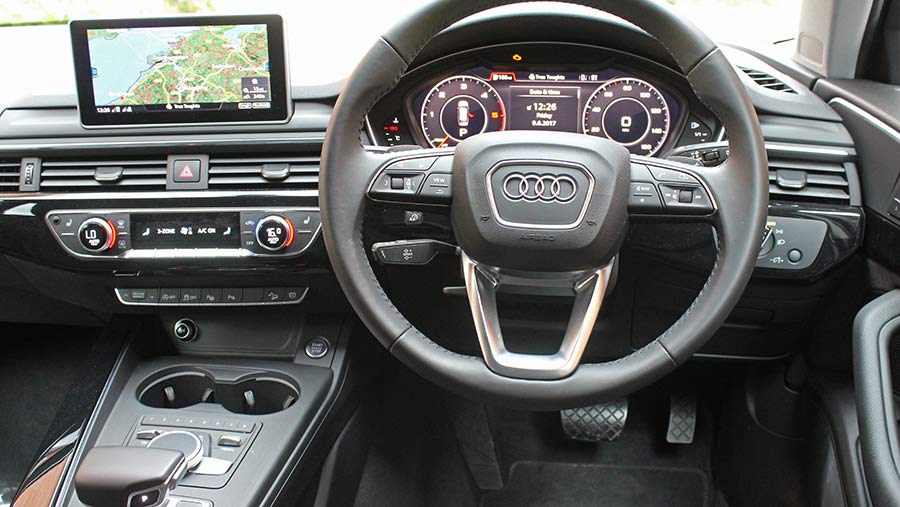 Audi’s Quattro system comes with a self-locking central diff and offers all the tractive perks of four-wheel drive. It runs through a seven-speed dual-clutch transmission that can be hesitant to engage drive initially but is perfectly built for cruising up and down the M6.

The adapted suspension on the Allroad is undoubtedly softer and provides a more forgiving ride that the standard Avant (estate) models. That said, it’s not wallowy and is easier to drive than tyre-screeching sporty models that insists on being flung into every corner.

There’s also the option of tweaking the driving mode, which in turn fiddles with the engine, transmission, steering and suspension settings. There’s an off-road mode here, but it’s more for tip-toeing around the slime than going hell for leather straight through it – there are cruder things for that sort of behaviour.

Leave the problem of finding the £39,000 aside for one minute and the Allroad is a supremely comfortable car.

However, if you’ve got as far as picking an Audi then you may as well go all the way and get the three-litre model.

Unless you’re dealing with lots of rough roads and potholes it also makes sense to stick with the Avant over the Allroad.