Fiat might not be a name you immediately associate with off-roaders, but here at Farmers Weekly we have always had a bit of a soft spot for the Italian firm’s main offering in the mud-slinging game – the Panda 4×4.

So when we learned the company was going to enter the pickup market we were understandably keen to get our hands on the latest 4×4 offering. Although effectively a rebadged Mitsubishi L200, we were told we would see some significant “Fiatification” in the new Fullback.

From the outside it certainly looks very different, its Comic Relief-style red nose setting it apart from the Japanese maker’s three-pointed star.

While the Italian flair is evident, it’s not enough to disguise the Fullback’s true genetics.

Our test vehicle was the top-spec LX version equipped with 180hp motor and five-speed auto box. We decided the best way to give it a fair run out was to take a short jaunt to Germany and back.

Life on the road

Before hitting the autobahns we had plenty of twisting, turning pot-holed British roads to navigate first.

While the Fullback is comfortable enough to sit in, it suffers that much-voiced pickup driver complaint of poor ride quality.

Unlike Nissan’s newest Navara, the Mitsubishi engineering team has stuck with an old-school ladder chassis and leaf springs on the back end.

This makes it skitty at best and all too often spine-jarring when the black-top is in less-than-pristine nick. With it fully loaded up, things improve a little.

Swinging into a corner at anything more than driving school speed, the Fullback gives you a ready reminder to back off the gas, heeling over like a tall-ship in the bay of Biscay.

Out on the arrow-straight autobahn, however, it cruises along at a comfortable 90mph. 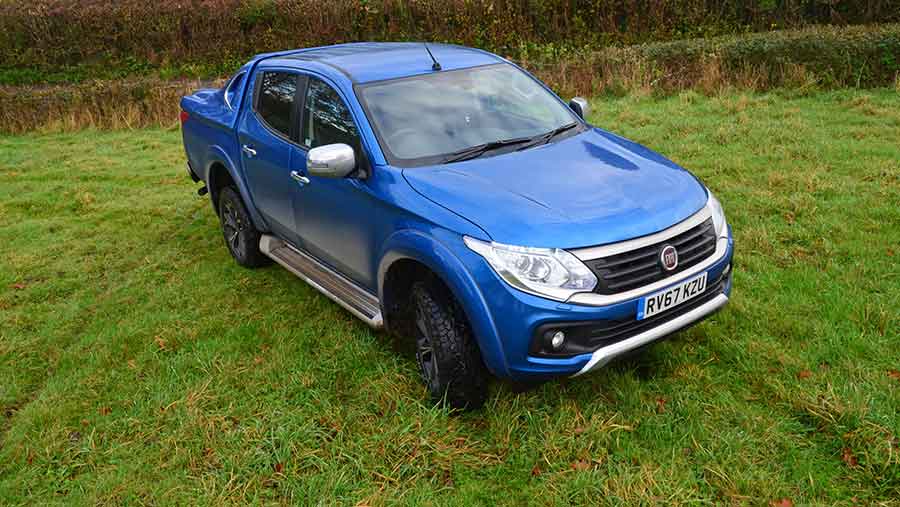 Power isn’t an issue with the engine wound right up to produce 180hp, although there is a fair bit of lag from the auto box when you ask it to kick down to circumnavigate HGVs.

The issue here is that there is a distinct lack of cogs in the five-speed box, with the result that the engine revs unnecessarily high when you’re at cruising speed.

That means for long-distance hauls fuel stops are called for more often that you might be used to.

Pulling a stock box around country lanes, you are unlikely to notice the difference between the Fullback and any of its competition, but if you have plenty of motorway cruising to do, it’s not the thriftiest. 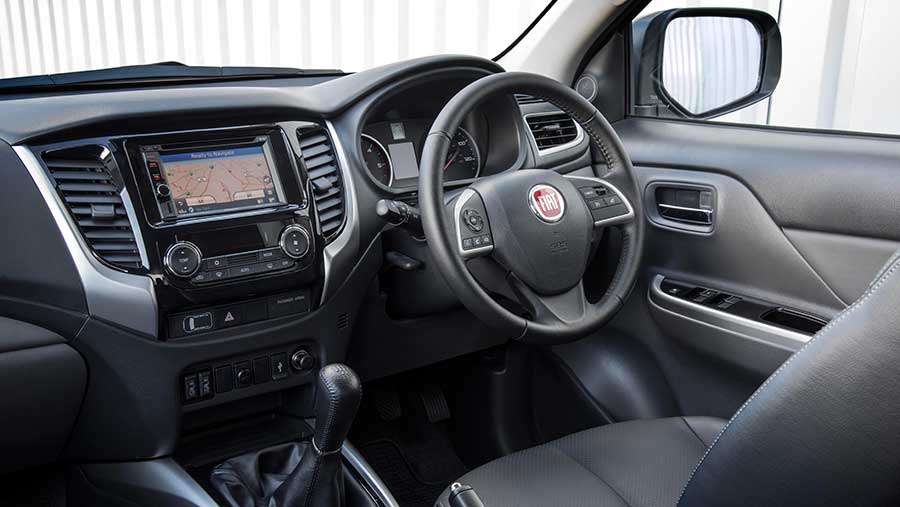 On the inside it is pretty farm-friendly, trimmed with hard, wipe-clean plastics and comfortable leathery seats.

Slow and not the most intuitive to operate, the satnav leaves a little to be desired, although it did provide us with an unexpected guided tour of Bruges’ chocolate and waffle shops en route to Hannover.

Would we buy a Fullback? In truth, it’s all going to come down to price.

We saw little that actually set the Fiat apart from the Mitsubishi. Neither are the most refined pickup on the market, particularly when it comes to ride quality and transmission sophistication.

However, the design is a proven one with thousands of L200s out there lugging loads to awkward, out-of-the-way places day in, day out.

The question, then, is a matter of spec. Unlike the Japanese, Fiat has opted not to offer a basic workhorse, so the choice is down to manual or auto boxes and 150hp or 180hp engines.