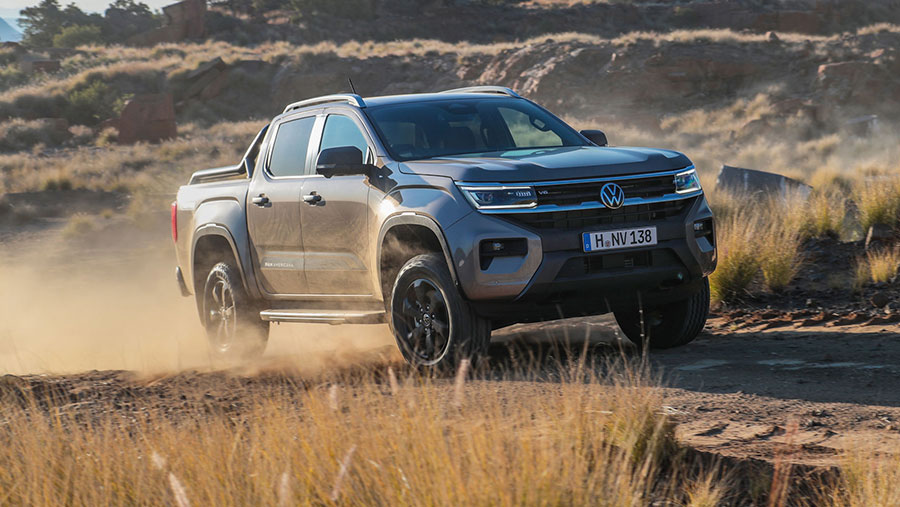 Volkswagen has at last revealed full details of its new Amarok pickup that has the same underpinnings as Ford’s revamped Ranger and the option of a 247hp V6 diesel engine.

Both trucks are being built at a shared factory in Pretoria, South Africa, and will have largely the same engine and transmission configurations.

These include a 2-litre, four-cylinder diesel, which is available in a single-turbo guise developing 168hp, or a bi-turbo setup that’s good for 206hp.

This is the same displacement as the V6 used in the previous Amarok, but the firm hasn’t confirmed if it’s the same unit.

Some markets will get the option of a 2.3-litre turbocharged petrol engine that’s rated to 298hp. 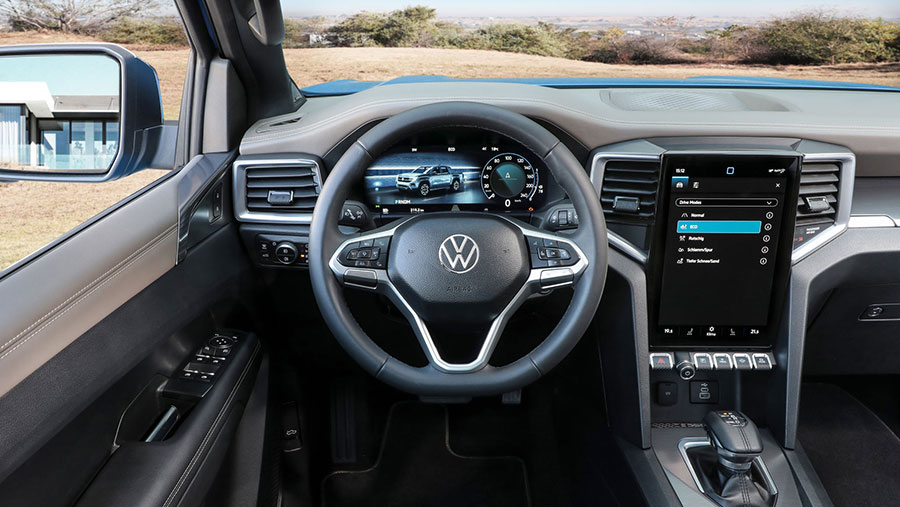 There are no hybrid or electric options at launch, but VW has said this could be an option in the future.

The previous Amarok stood out from most other pickups because it came with a permanent four-wheel-drive system with Torsen centre differential.

The new version differs in the fact that some models have a traditional switchable system, and higher-end models can have a permanent setup.

This will feature an additional two-speed electro-mechanical transfer box that switches the four-wheel-drive system on demand.

Like the old model, there is space between the rear wheel arches to accommodate a Euro pallet loaded sideways, plus there is a new addition in the form of an optional electric sliding roll top for the load bed. 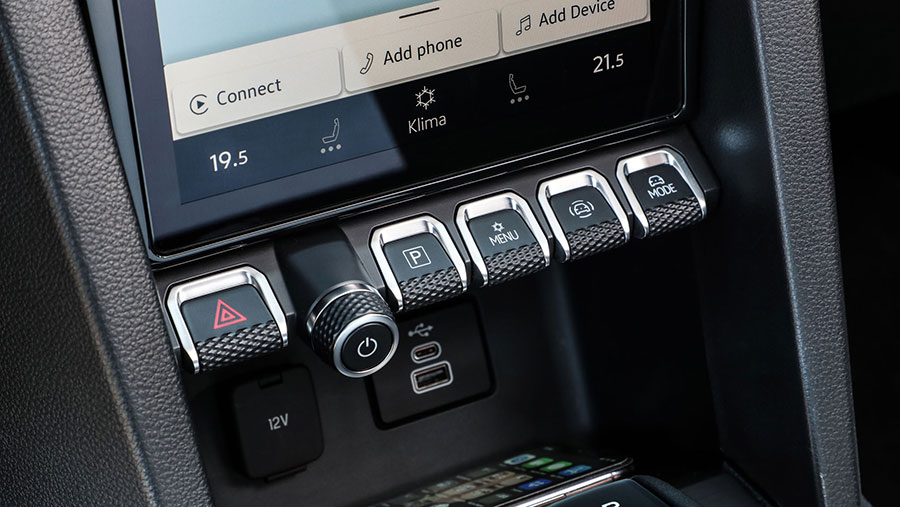 Proportions have swelled on the new model, with a 173mm-longer wheelbase and 96mm increase in overall length.

This has allowed the firm to give passengers more cabin space, with rear seat passengers getting a healthy chunk of extra legroom.

The fact that the wheelbase has increased more than the body length means overhangs are smaller than they were on the old Amarok, which gives greater approach and departure angles.

Off-road prowess has also been improved by increasing the wading depth from 500mm to 800mm.

Externally, the Amarok shares much of the same bodywork as the Ranger, albeit with a different front end, tailgate and trademark squared-off wheel arches.

There are also some similarities internally, particularly the large tablet-like display, which is mounted in the centre console.

This runs on Volkswagen’s own software and is compatible with Apple Car Play and Android Auto. 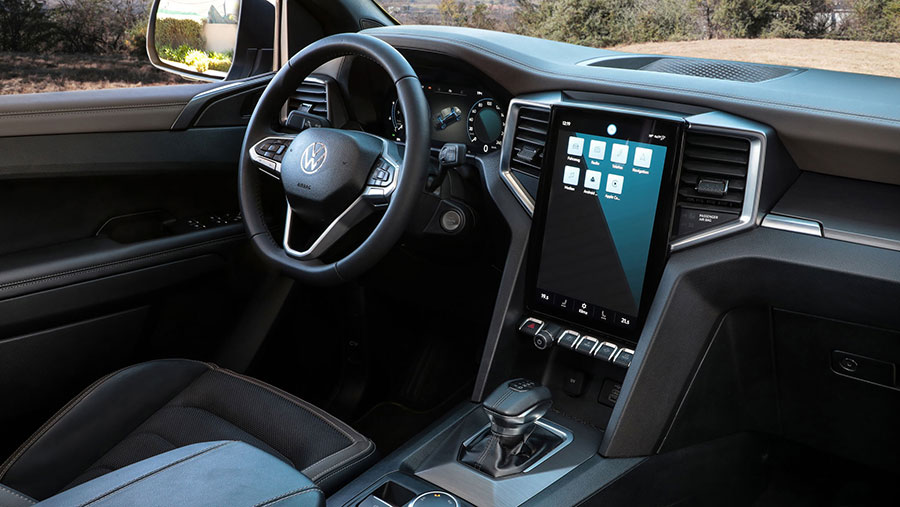 For those who prefer not to hunt around the screen to find settings, the firm has also included traditional buttons to access all the main functions.

The rest of the dash, trim and upholstery is pure VW and should offer a higher-end finish than its Ford sibling.

Final UK specs are yet to be confirmed, but the firm has said that, globally, it will offer the Amarok in five trim levels. In order of plushness these are: Amarok, Life, Style, PanAmericana and Aventura.

The two top-spec models come loaded with extras and can have up to 30 driver assistance systems, including adaptive cruise control, lane assist and road sign detection.

Of the two, the PanAmericana is the most geared up for off-road use. This comes with 18in wheels and a permanent four-wheel-drive system with mechanical diff-lock as standard.

It also features individual suspension tuning, with springs and dampers that differ from those of the top-end Ranger.

Additional off-road options are also available, such as underbody protection, winches, all-terrain running gear with 22mm extra ground clearance, and a snorkel for funnelling fresh air into the engine.

Production has already begun, with vehicles likely to make their way to UK customers in early 2023.