Four years after its first event, the Balmoral Show near Lisburn in County Antrim is becoming an increasingly important venue for farmers in Northern Ireland. Chris McCullough looked at the latest farm machinery on show at the event.

The TH1 15-48 is a compact telehandler with a lift capacity of 1.5t and reach of 4.8m. It’s powered by a 50hp engine, has a hydrostatic transmission and lockable 4wd differential. 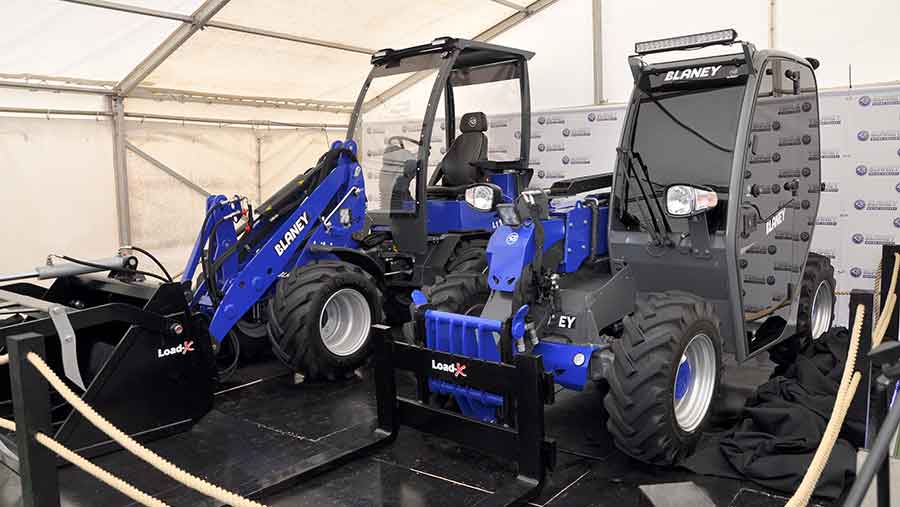 The L1 10-27, meanwhile, is a compact wheel loader with a lift capacity of 1t and a reach of 2.7m. The engine is rated at 40hp, has a hydrostatic transmission 4wd and a limited-slip differential.

It weighs in under 3.5t and is said to be small enough to be transported on a small trailer. It is due to go on sale later this year and the firm is currently seeking new dealers.

Keenan was exhibiting at the Balmoral Show following its recent takeover by Alltech. On the stand was an upgraded 6t 90-cow diet feeder from the eco range 56. The company says the machine has 800 new parts and describes it as a “feedmill on wheels”.

Keenan staff were relieved the company and their jobs had been saved and say they are confident about the future with Keenan being led by Alltech. However, some of the finer details regarding the future have yet to be ironed out.

The main news on the Fleming Agri stand was the company’s new TR12 12t silage trailer and the likelihood that a 14t trailer will be on the cards for those that want more capacity. However the main market is still the large farmer/small contractor sector. 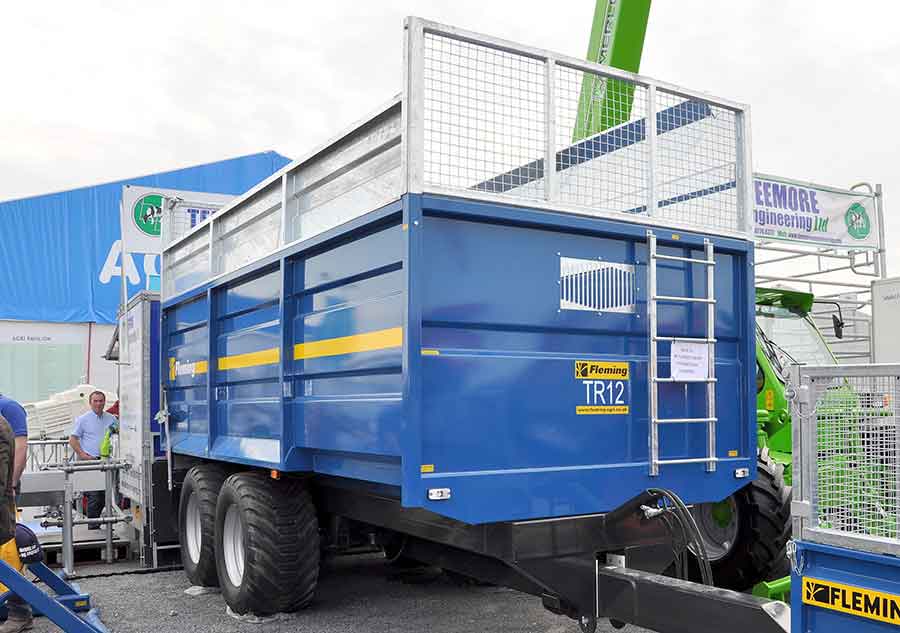 The TR12 has a sprung drawbar and both the silage extensions and back doors are galvanised. A hydraulic back door is an option. 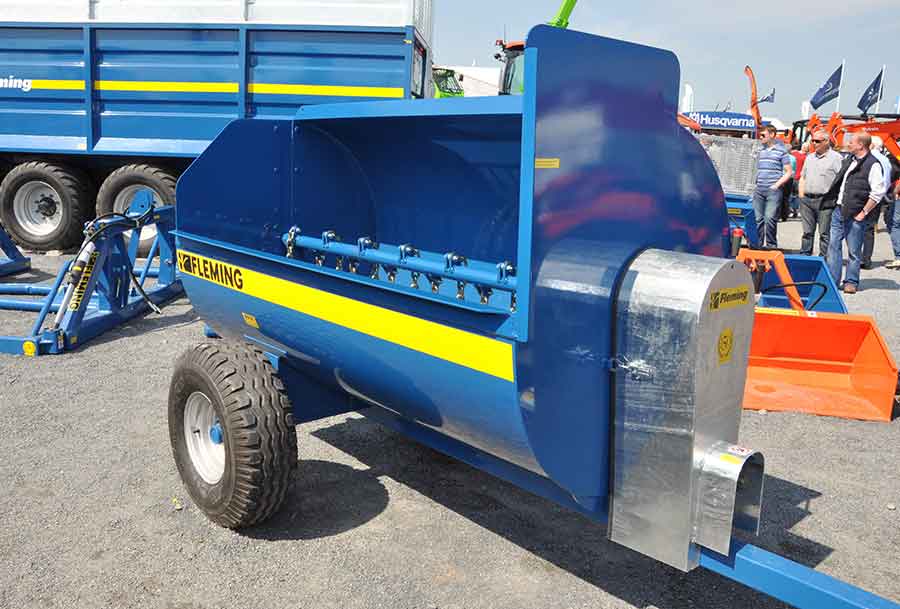 Fleming Agri was also showing a 2cu m mini manure spreader. Unladen weight is about 350kg and it is designed for smallholders and the equestrian sector.

The company say it was developed after several requests from customers who wanted a smaller spreader on a separate axle rather than one that is carried on the tractor’s three-point linkage. The spreader retails at £1,750.

NC Engineering’s new NC600 14t trailer has a Hardox steel body and floor and comes with the company’s “magic” tail door, so-called because the door disappears when tipping and reappears as if by magic.

The back door is operated hydraulically, and it has aluminium loading ramps which are said to be easy to pull out and connect into place. The trailer comes with oversize super-single tyres and retails at £14,000. 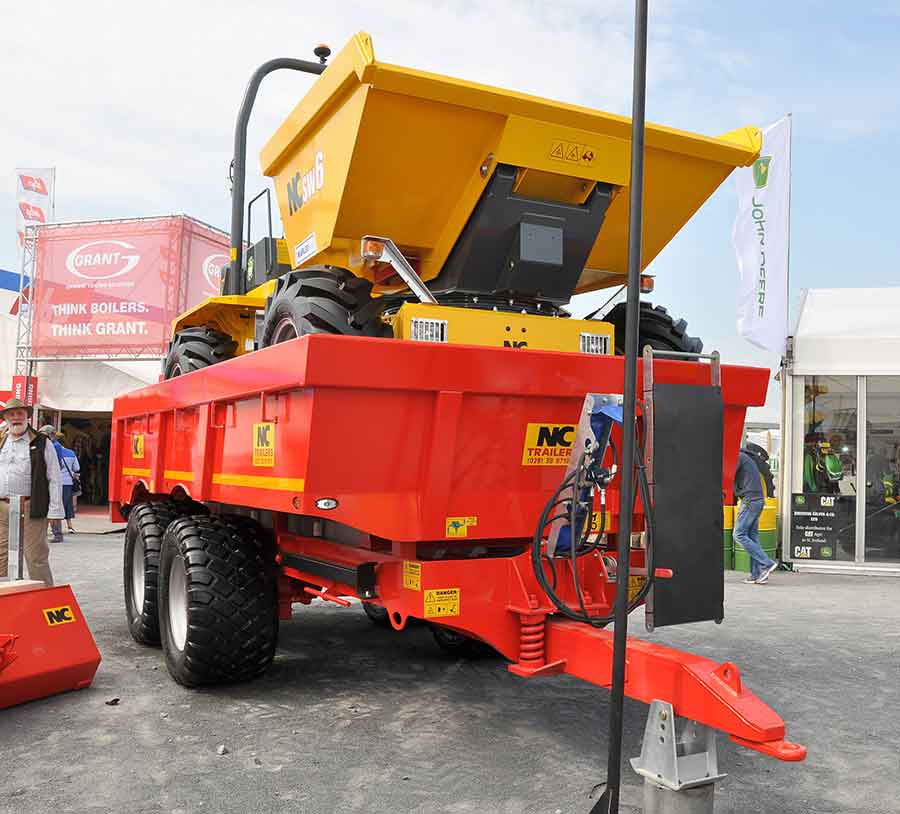 All the way from Finland and new to Ireland was this Agronic WR500 front rake. Randalstown machinery dealer George Hamilton, who is bringing the machines into the country, said the main advantage is that the rake is driven hydraulically, so there is no need for a tractor with a front pto to operate it. 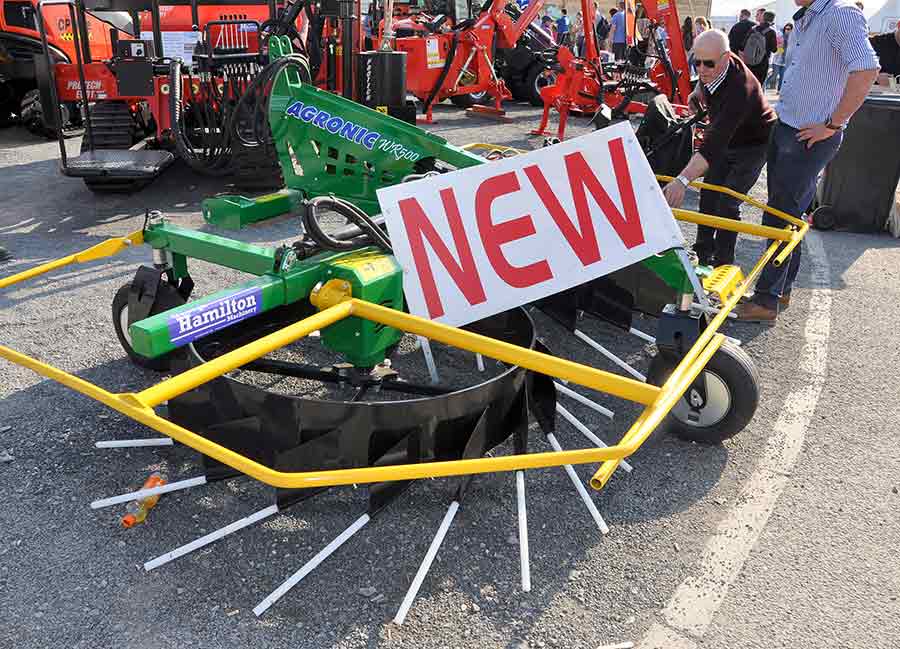 The machine can cover 5.1m and the width is hydraulically adjustable from the cab. The operator does not have to get out of the tractor to switch from work to transport position.

The tines are made from polyamide and are said to be very resistant to wear. It weighs in at 395kg and has a transport width of 3.3m. Price in Northern Ireland is £6,750.

The new model should be in Northern Ireland for the first time this June and is designed for smaller contractors using bigger four-cylinder tractors.