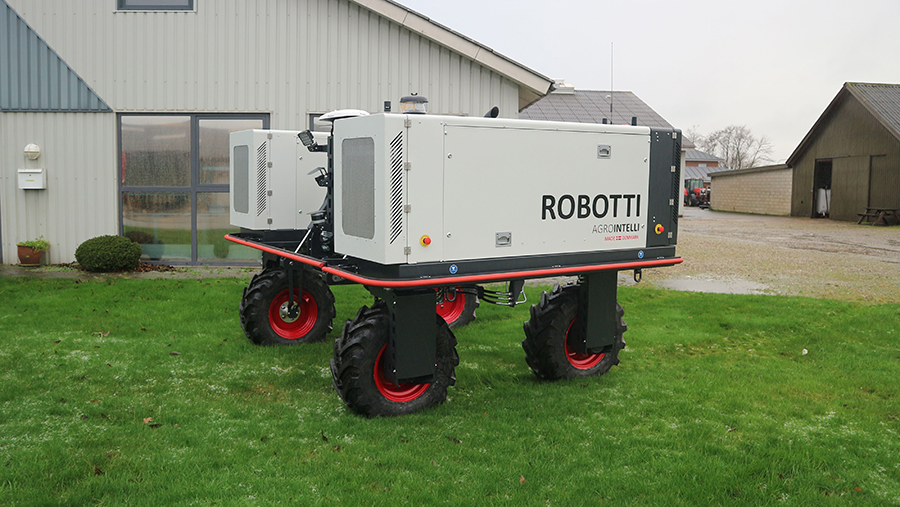 The Robotti LR, which joins its sister robot, the 150D, has a lift capacity of 1,250kg and can be fitted with most standard (non-pto) farm equipment via a three-point hitch.

The LR name designation stands for “long range”, as the Robotti has been redesigned for greater stamina in the field. The diesel-powered robot has a larger 300-litre tank and can carry out work for up to 60 hours without needing to refuel.

It is computer-controlled and has a sim card that keeps it constantly connected to the GSM network, along with a cloud-based data upload system.

Navigation is reliant on RTK guidance, which provides accuracy down to 2cm.

The robot can also be tracked in real-time, so its in-field position can always be seen via a live surveillance feed.

As for performance, Agrointelli claims to have improved the Robotti LR’s manoeuvrability.

It weighs less than 3,000kg to help minimise soil compaction issues, and performs a zero-turn to utilise field space near headlands.