September sees a step up in auction action nationwide, with a number of large arable and grassland-orientated sales scheduled on auctioneers’ calendars.

The Scottish sale scene has been very quiet over the summer months but United Auctions kicks off on 1 September with an equipment sale from a grassland farm near Kinglassie, Fife.

Buyers could well be keen after a good summer for grass growth across many regions and highlights at the sale will include a Krone AM 243 mower, Claas Rollant 46 baler and later version Major 9ft topper.

In the eastern arable counties of England, Brown & Co is conducting a large dispersal near Ely, Cambridgeshire on 26 September, with an array of autumn cultivation kit.

With a number of cover crops to cultivate, the sale also sees a Spearhead Multi-cut 460 bat-wing topper, listed alongside a 2013 Lemken VariOpal 8 five-furrow plough fitted with W52 bodies.

In the South West, auctioneer group Stags is undertaking a grassland machinery sale on 13 September near Totnes, Devon.

Grassland-wise there’s a 2014 Kverneland 3228 MN mower conditioner, which had been sitting on a dealer’s forecourt before being purchased new in 2016, and a Lucas G Castor 30R straw chopper.

One for next season is the universal appeal of a Browns 18ft set of folding spring tine harrows.

Some auctions over summer months have drawn strong bids for clean kit. A six-leg Sumo Trio 3 in excellent order made £7,700 at Stapleford, Nottinghamshire, recently alongside an equally tidy Kuhn HR3002 power harrow and Accord DA-series 3m drill at £9,250, reports Bagshaws.

Collective sales have been relatively quiet but that’s often the norm during the summer months. As an example of the top end of the trade, Harrison & Hetherington Carlisle recent recorded a £3,600 top bid for a Claas rake and £3,000 for a John Deere baler. 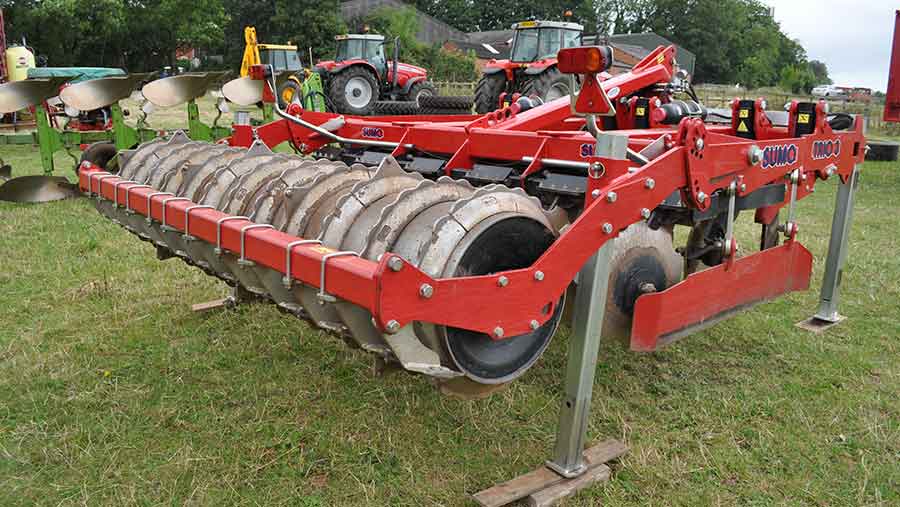 Clean cultivation kit remains in demand, including this Sumo Trio 3, which made £7,700

A decade since Mr Edwards held his first major reorganisation sale, this event has been prompted partly by changes in the way the business is to be run, with family members joining the team.

The catalogue includes a small but select line-up of modern tractors and numerous older models that may well appeal to operators looking for a yard tractor or small horsepower unit for catchy crop cultivations.

Top end entries include a John Deere 5100 loader tractor in tidy order and a trio of JCB telehandlers (535, 520 and 525 variants) offered alongside 5.8t and 13t excavators. 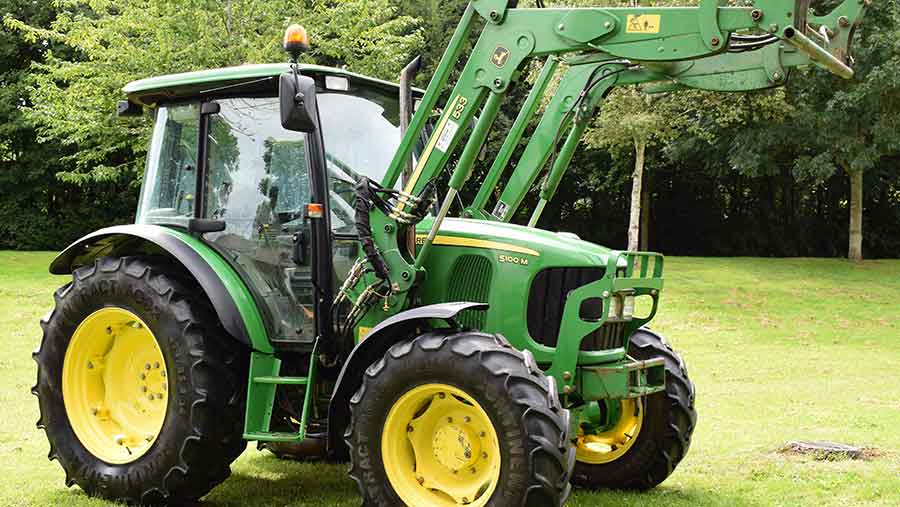