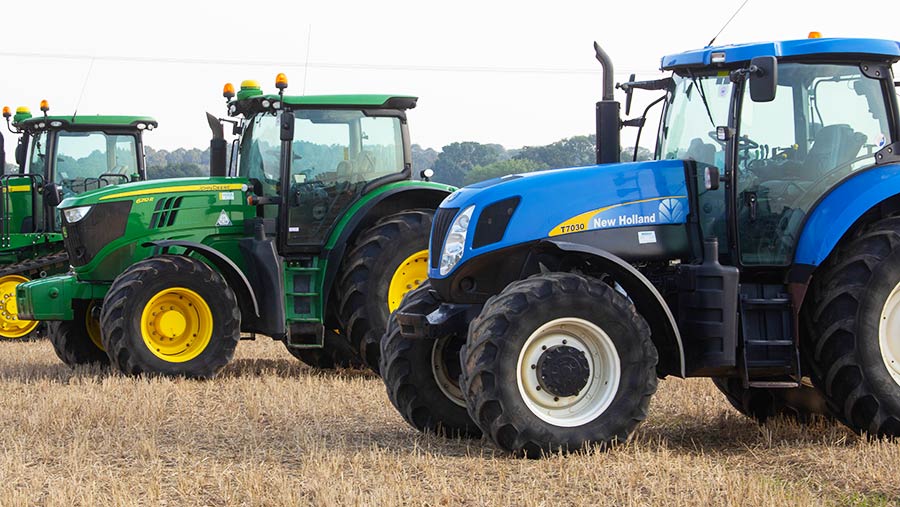 Bidders from far and wide turned up in person, or virtually via the internet, last month to see a fleet of well-maintained machinery go under the hammer in Hinckley, Leicestershire, for R and T Ensor.

The 1,200ha farm sits on the Warwickshire/Leicestershire border and has recently undergone a change in business structure, prompting a selection of kit, including tractors, sprayers and cultivation tackle, to be sold off.

See also: At the auctions: 13 tractors under the hammer at KS Coles sale

The dispersal was jointly held by auctioneers Brown and Co, alongside Fox Bennett. There was no buyer’s premium charged at the sale, but VAT at 20% is included on the prices below. 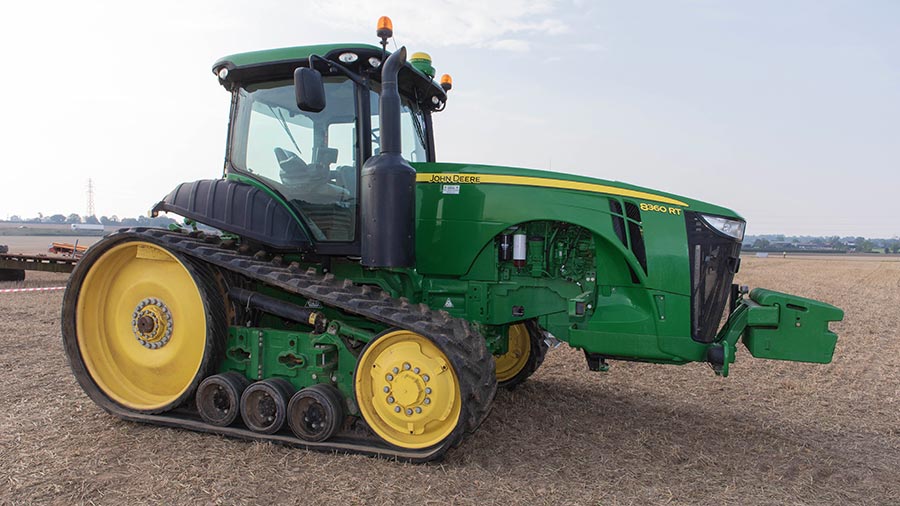 A tidy John Deere 8360RT crawler came with a lower-than-average 2,758 hours on the clock.

It had JD’s smaller 1800 screen, but was equipped with a Starfire 3000 receiver and included an SF1 correction signal. It also had a 40kph Autopowr gearbox, a 1,000kg front weight and 30in tracks with some decent tread remaining. The winning bidder was from Ireland. 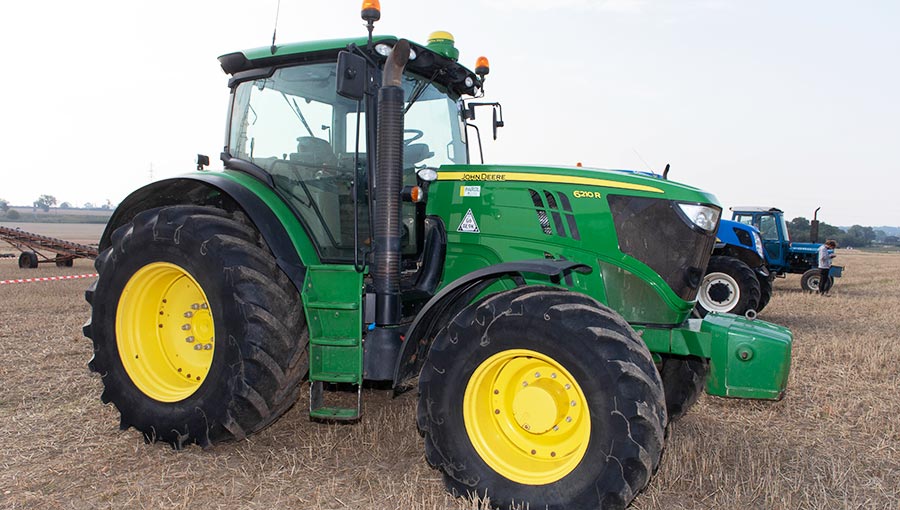 Another 2012 machine from the Deere stable was a popular 6210R model that came with 6,000 hours under its belt. It was Autotrac ready and had a Starfire 3000 receiver included.

Among the high-spec extras were cab suspension, Autopowr transmission and a 50kph top speed. There was also a 900kg front weight as part of the package. The 630/75 R38 front and 600/65 R28 rear tyres both looked good for a few more hours. 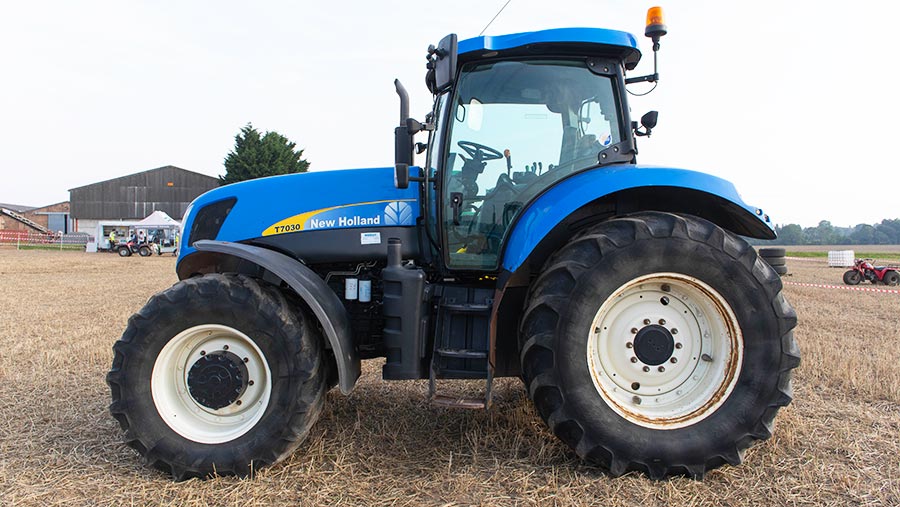 In the blue corner was a 2007 New Holland T7030 that had clocked a below-average 4,273 hours and had some surface rust on the rear wheel rims.

It was a 50kph model, but had New Holland’s powershift Power Command transmission rather than a CVT. It carried four manual spools and the tyres were fairly worn. 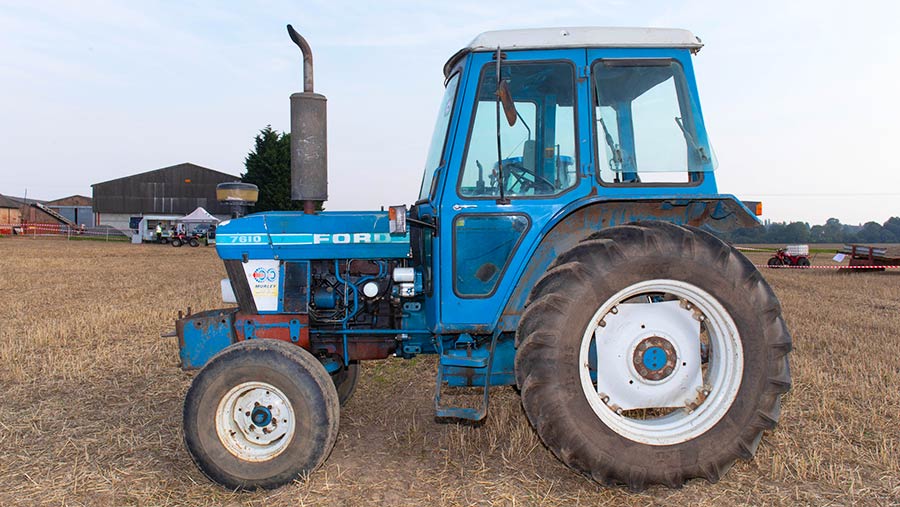 Completing the line-up of Ensor tractors was a two-wheel-drive 1983 Ford 7610. The hours were a bit of an estimate at about 14,000, but it came with some decent tread left on the tyres. 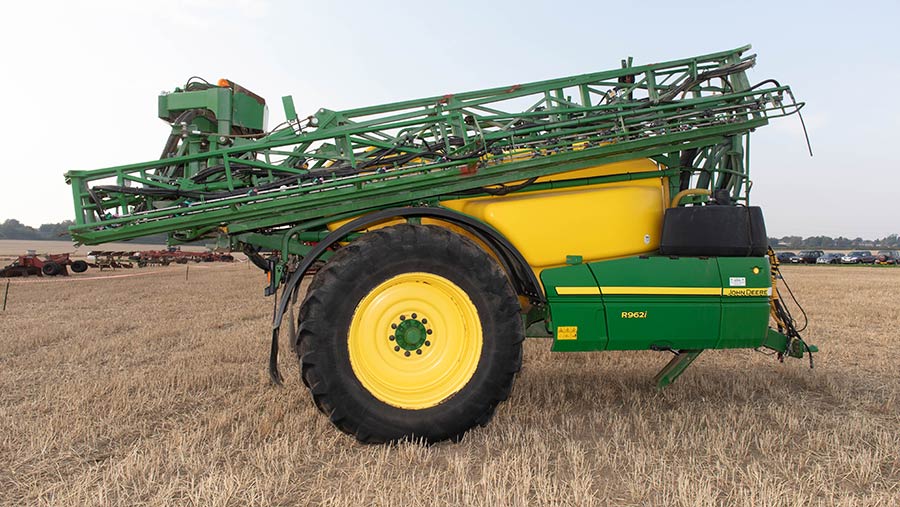 A 36m trailed John Deere R962i had the potential for some serious output with a 6,200-litre tank and 36m booms. It had luxury extras such as boom levelling and section control, along with a 3in intake pipe. Controls included a 2630 monitor and an in-cab joystick. The NSTS certificate ran until 23 March 2020, but hectares covered was unknown. 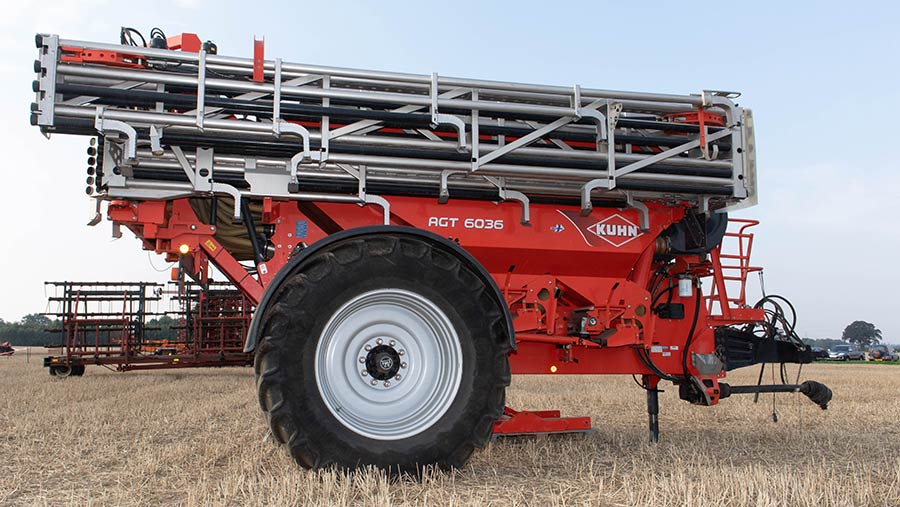 There was plenty of interest in a 2012 trailed 36m Kuhn AGT fertiliser spreader. The 36m boom had rollers for Avadex as well as fertiliser and sat on 520/85 R42 tyres.

A similar 2014 model sold earlier this year at a farm sale in Essex and made slightly less money at £30,000, although both represent some hefty depreciation. 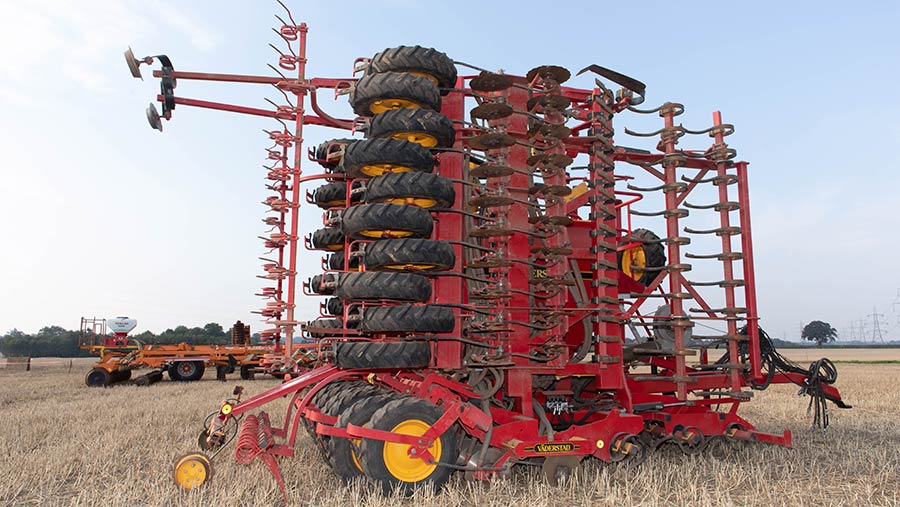 There is usually a decent selection of these popular drills on the second-hand market, and this slightly older model looked good value for a farm not wishing to put thousands of acres on it every year. 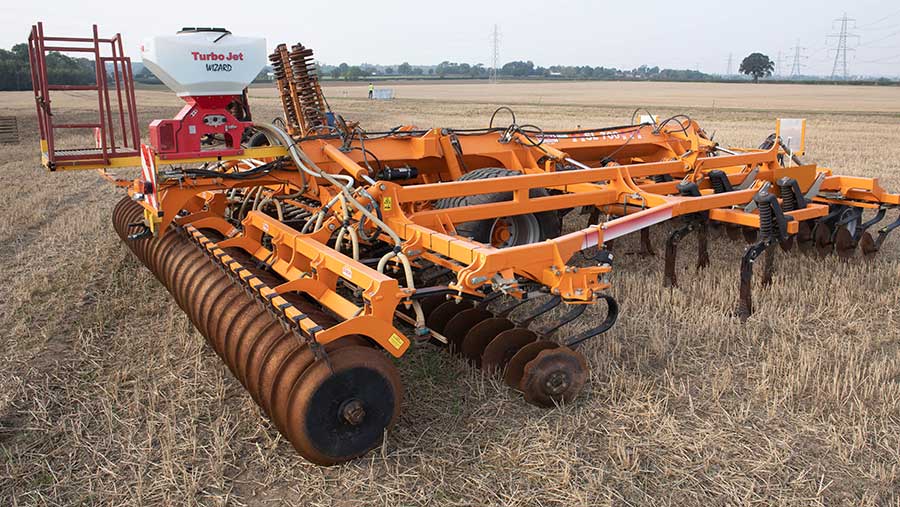 Big cultivators such as Simba’s SL are typically difficult to shift, as they take plenty of horsepower to pull. However, this 7m model came with a Stocks Ag Turbo Jet Wizard applicator and fetched a solid price. 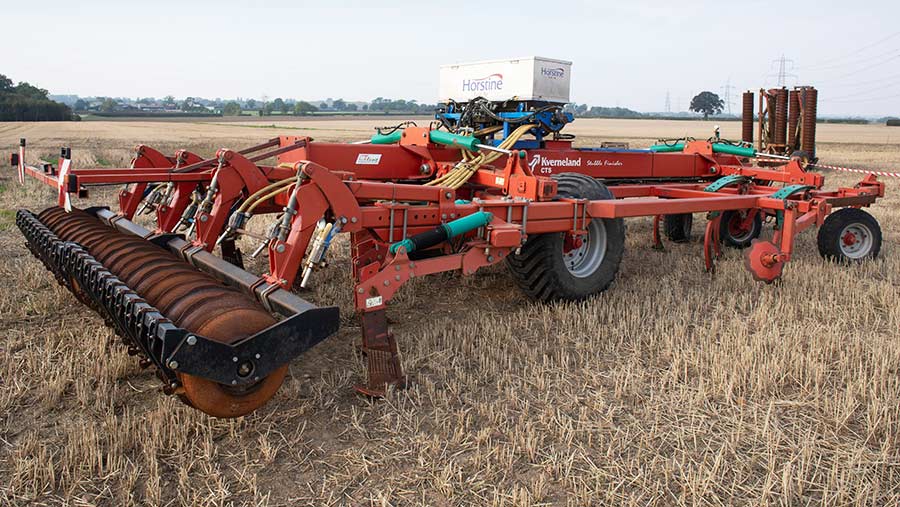 A Kverneland CTS cultivator had undergone some modifications to turn it into a strip till machine. It came with a Horstine Twin Air applicator and Telso Packer, with a control box, wiring and rollers all included.