This year’s Ultimate Guide to ATVs sees the debut of a new marque in this sector – Segway Powersports.

As a new division of the personal transport and robotics group, the Powersports operation plans to build its own engines in future, develop a hybrid powertrain and create new off- and on-road vehicles while incorporating digital technologies that it says can enhance the user experience.

So far, the business has launched the Villain sports and Snarler recreation/working ATVs, and also the Fugleman compact utility buggy expected in the UK in due course. 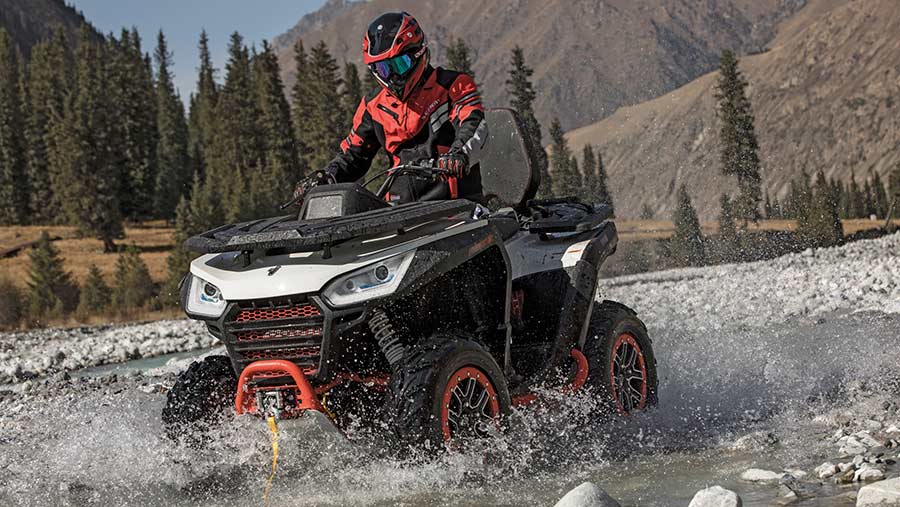 In the meantime, Dualways has been appointed UK distributor for the Snarler quad and the company has been working to sign up dealers for sales and parts/service support, with the first batch of customer machines delivered earlier this year.

Clearly aimed more at the leisure and commercial trail-riding sectors – but still capable of being used for scouting crops and checking on the sheep and cattle – the Snarler comes in short-wheelbase single-rider and long-wheelbase rider-and-passenger configurations.

Both are powered by a 570cc petrol engine rated at 44hp and coupled to an on-demand two- and four-wheel-drive system.

Another “connected” feature is an auto rollover accident text alert sent to a designated contact – a potential safety benefit for farmers and their staff working remotely and alone.

Dualways is no longer supplying SMC quads, but the TGB range continues with no changes in this year’s guide.

Can-Am manufacturer BRP has introduced a few more variants to its seemingly endless collection of Outlander quads – namely the 450 Max STD T, which – like all Max versions – has an extended wheelbase and a convertible passenger seat or load rack; the 570 XU+ T with the XU+ enhanced specification that includes a front winch and heated hand grips; and the 650 Max 6×6 XU+ T that adds the convertible seat/rack feature to the 6×6 models. 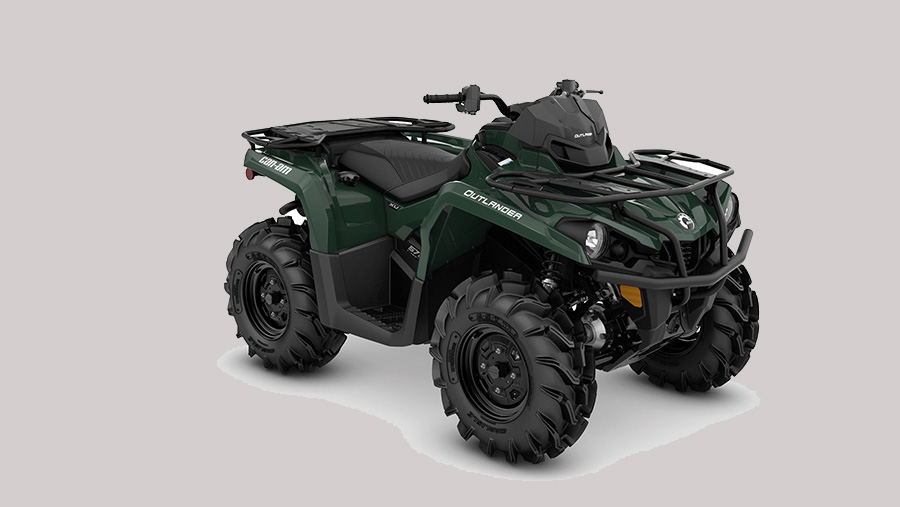 In addition, all 2022 model year Outlanders to Max MR, XU 650 to 1000, XXC, XT-P and Max Limited versions get as standard the Visco-4Lok feature that with the push of a button engages four-wheel-drive diff lock mode for instant maximum traction.

Quadzilla Quads, meanwhile, has revamped its CFMoto range in the UK by dropping the CForce 600 LWB in favour of the newer 625 and 625 Touring.

These models, rated at 40hp from a single-cylinder 580cc engine, are said to have a stiffer frame and smoother power delivery than their predecessors, along with improved dual A-arm independent suspension. 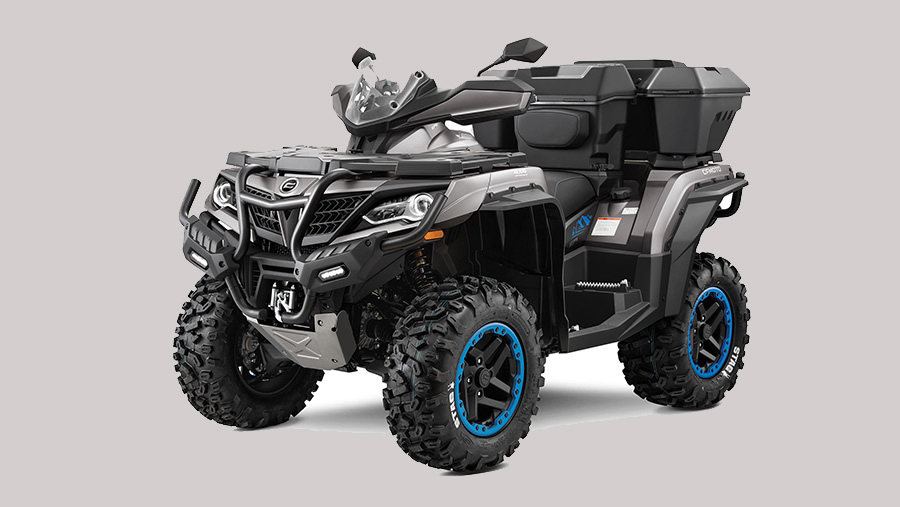 Another addition is the Overland version of the CForce 1000 EPS, which comes with 41-litre and 105-litre cargo boxes and a passenger backrest pad in addition to regular equipment such as the front winch.

At Honda, the option to “go green” refers to the colour of selected models in the Fourtrax 420 and Foreman 520 ranges, rather than any environmental improvements in a line-up that sees the former range-topping Rincon 680 dropped. 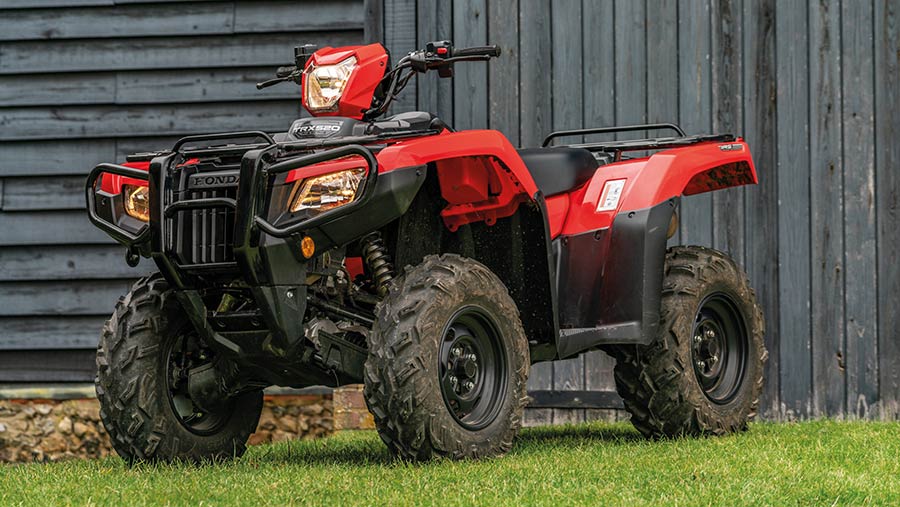 Also out of favour are the majority of two-wheel-drive quads, including the Fourtrax 250 and 250 ES, Kawasaki Brute Force 300, Suzuki Ozark LT-F250 and Yamaha Grizzly 350 in both two- and four-wheel drive forms. 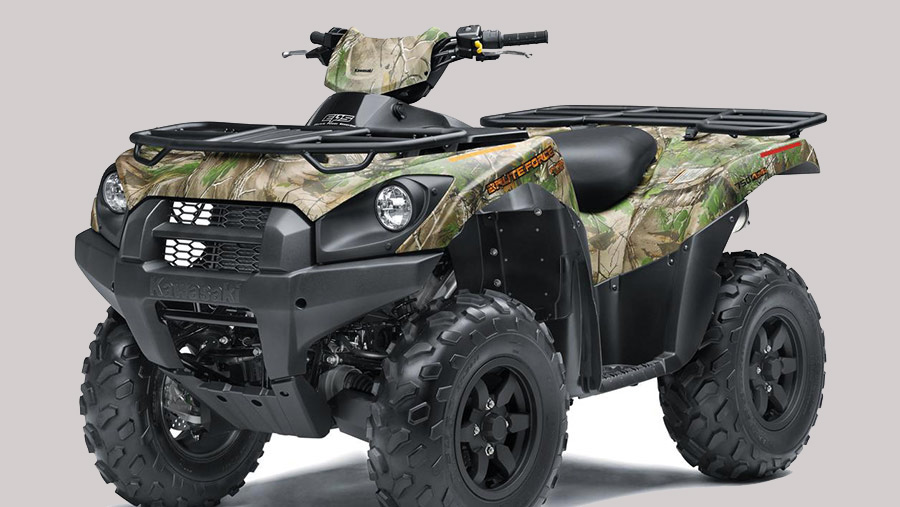 Yet Kymco identifies the rear-drive-only MXU 150 and MXU 300 as its bestsellers, in part thanks to guided quad-trekking businesses. 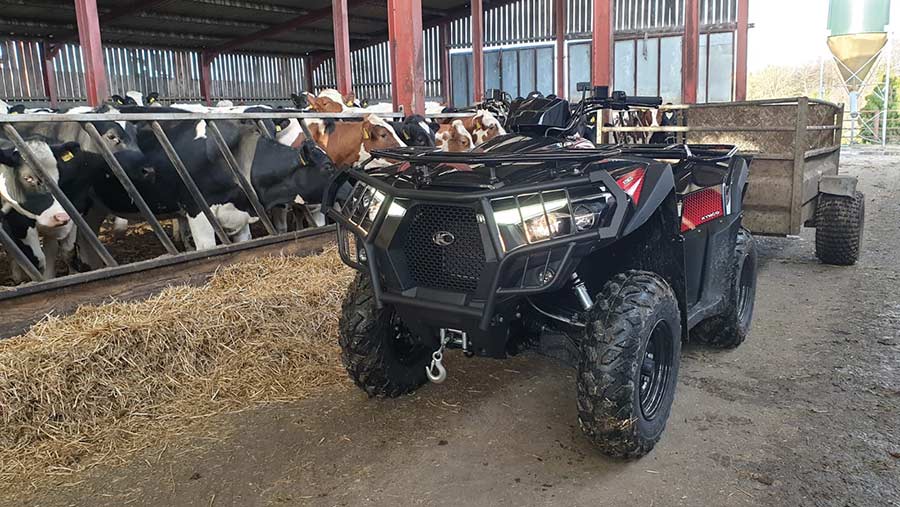 Suzuki has also dropped the 376cc/27hp KingQuad LT-F400F and LT-A400F quads from its range, while adding variants of the 500 and 750 machines with a choice of “true timber kanati” (camo) and “metallic matt rocky grey” colours. 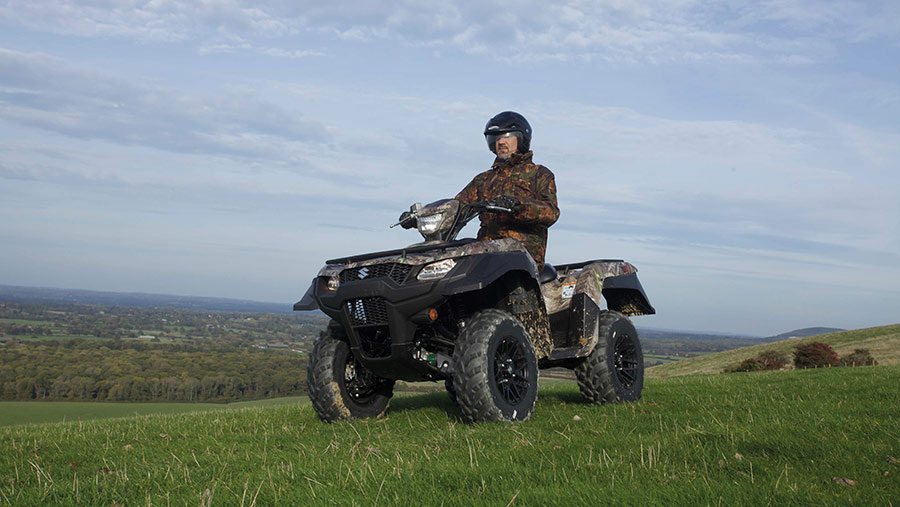 Eco Charger Quads, meanwhile, is still the only supplier offering an alternative to petrol power with its line-up of electrically powered models.

An intelligent charger for topping up the batteries is now included in the price of the five models, among which the company says the Eco Charger Power is the best seller. 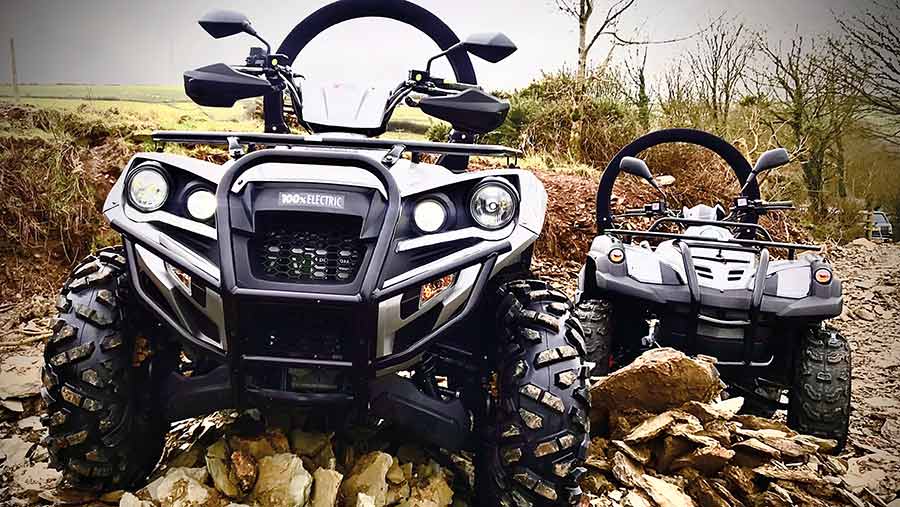 This four-wheel-drive model and the two-wheel-drive Pure feature 7.8kWh lithium-ion batteries, while the range-topping Prestige has an 11.7kWh installation reckoned to deliver up to 110km of range versus 65km for the Power and 75km for the Pure.

The Dominator (2wd) and Eliminator II (4wd) continue with 7.2kWh lead acid batteries as the dedicated workhorse machines in the range.