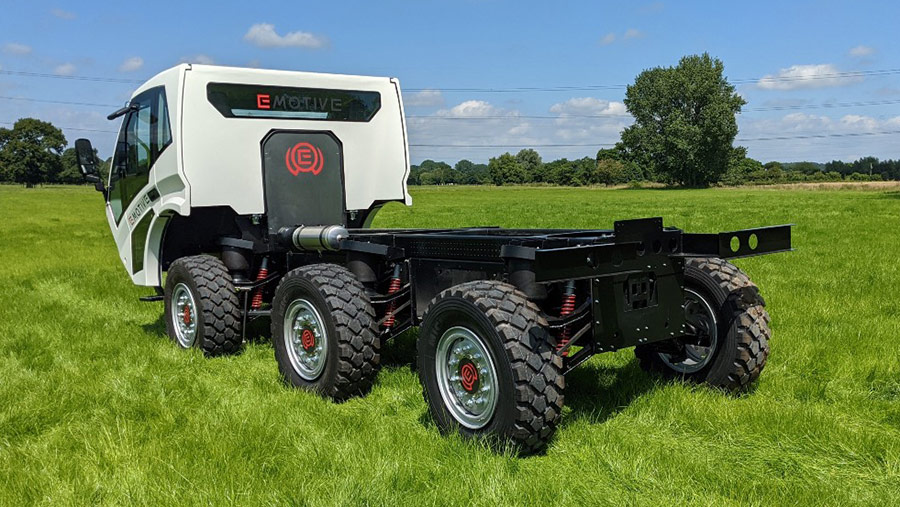 A prototype zero-emissions all-terrain vehicle has been manufactured by Devon-based company EMotive. The fully electric Scarab is soon to go into mass production under licence following an initial investment of £2m to get the project off the ground.

With 2035 carbon emissions targets looming in the not-so-distant future, EMotive claims its prototype will be the answer to the Transport Decarbonisation Plan, which details the phasing-out of sales of ICE vehicles in the 3.5-26t category.

Farming and off-road industries will likely fall into this category, and the company reckons the machine will be a direct challenger to the likes of the Mercedes-Benz Unimog, which is not yet available with an electric powertrain.

While exact details are a bit thin on the ground, we do know that the Scarab’s six-wheel chassis is customisable to suit a number of functions, including agriculture, forestry, adventure tourism and moving personnel, and the smart power delivery system can be configured to two-, four- or six-wheel drive.

It will weigh between 10t and 12t, with a 4-6t payload. The Scarab can also be fitted with a modular hydrogen fuel cell, rather than just a battery and motor, for carrying out tasks with a higher power demand.

A crowdfunding page has been set up to raise the remaining £180,000 needed to take the EMotive prototype to the final stage of development, which is set to be completed within the first quarter of this year.