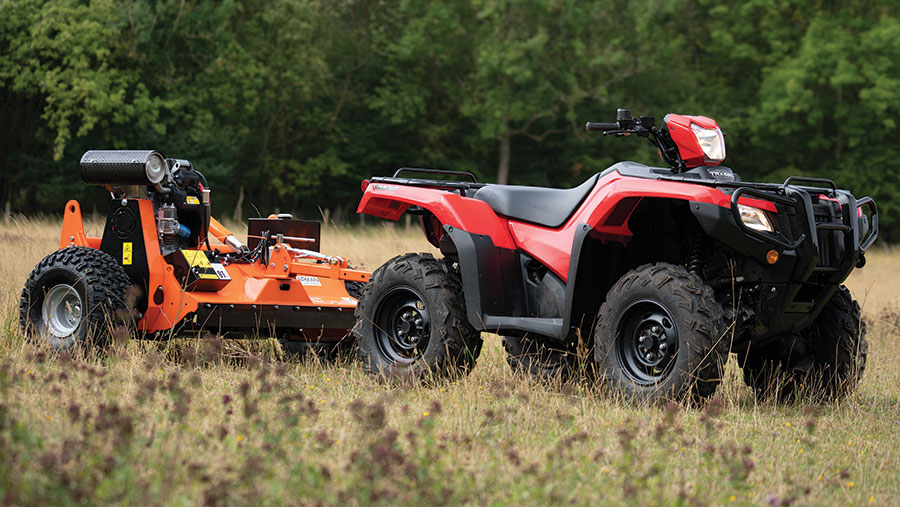 The FM Pro comes with a 23hp fuel-injected Honda V-Twin iGX700 engine that offers more power and better fuel economy compared with those that run the standard carburettor-based GX630.

The new engines are said to be less susceptible to starting issues caused by poor-quality fuel and the new electronic control system, which continually monitors and adjusts the engine’s air-to-fuel ratio according to load, can deliver fuel savings of 10-12%.

The company says this will make it better suited to tackling tough mowing tasks on rough, boggy areas where a heavier-built model would sink.