When the rain is lashing down and you’re covered from head to toe in sloppy mud, thoughts quickly turn to trading your ATV in for something a little more comfortable.

But with prices for new farm buggies approaching those of a decent pickup – and with the threat of it losing 40% of its value in the first two years – you’ll soon be looking for a set of new waterproofs instead.

Venture into the second-hand market, though, and price tags are a little more tempting.

Leafing through the classifieds flags up plenty of reasonable-looking machines promising warmth, comfort and the convenience of a diesel engine for less than £10,000.

One of the main attractions of a diesel farm buggy is the convenience and potential cost-saving of fuelling it up from the farm’s red diesel tank.

But according to Dalton’s the total cost of ownership between the two is closer than you would think and often tips in favour of the petrol if you don’t clock up many hours.

So if you’re not spending hours on the seat and want extra power, it might be worth putting up with the inconvenience of popping to the pumps every now and again.

See also: The lowdown on buying a second-hand ATV

Sounds tempting, but unfortunately there’s a catch. Unlike most ATVs that are beautifully simple and relatively inexpensive to repair, a badly maintained farm buggy can be heaps of trouble and the repair bills can run into the thousands.

It is also worth remembering that every farm buggy is a compromise between speed, power, weight and carrying capacity.

That means you need to have a good idea of the tasks you want to carry out before you go shopping for a machine that’s up to the job.

Since setting up his dealership near Lampeter, west Wales in 1999 he has bought, sold and repaired thousands of ATVs and farm buggies from almost every maker in the market.

If you’re shopping for a second-hand diesel buggy, he recommends going for a Kubota RTV 900, John Deere Gator, or a Polaris Ranger. These are all solid runners with good parts backup.

JCB’s Workmax is a lesser machine, but could also be worth a punt for budget-conscious buyers as there should be a fairly reliable parts network, he says.

We picked out a few machines from the yard to discover what we should be looking out for (unfortunately Dalton’s didn’t have a John Deere in stock). 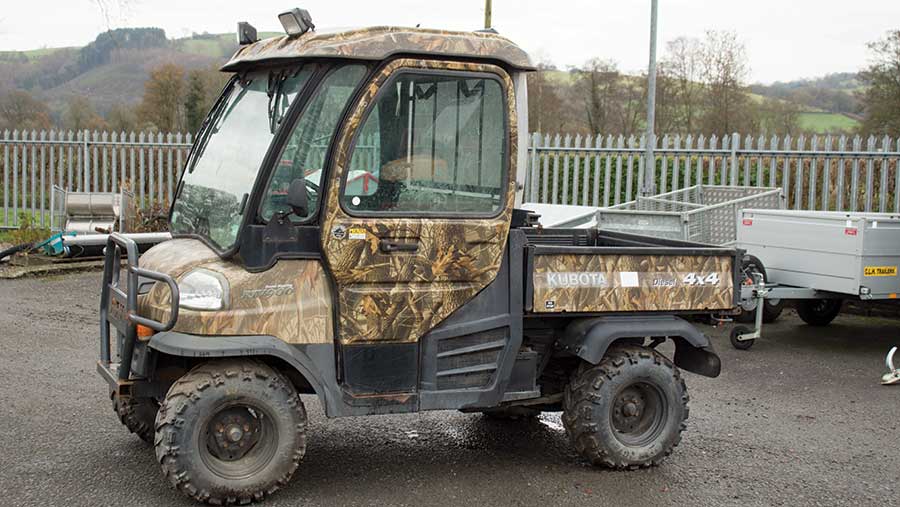 Dalton’s verdict The RTV900 is a solid and well-built buggy that comes with a bomb-proof Kubota three-cylinder engine.

It’s one of the few models to run a hydrostatic gearbox, which is both its strength and weakness.

On the plus side it’s smooth (once you’ve learnt how to drive it) and has fantastic downhill engine braking.

But it’s also heavy, sluggish and if it goes wrong it can cost a fortune to fix.

✘ Transmission can be pricey to fix

Common problems The transmission is the first place to look for signs of trouble.

First, check there are no oil leaks and then see if it will slot into gear smoothly without creeping forwards.

Also check that drive takes up quickly without too many revs.

If any of this rings alarm bells then approach with caution as it is hard to tell the level of damage without splitting the box.

If just a seal has gone the fix can be as little as a couple of hundred pounds. More serious failures will require a new transmission, which can be up to £3,000.

It’s also worth looking for signs of wheel bearing wear as this can cause problems with the complicated wet hydraulic braking system. 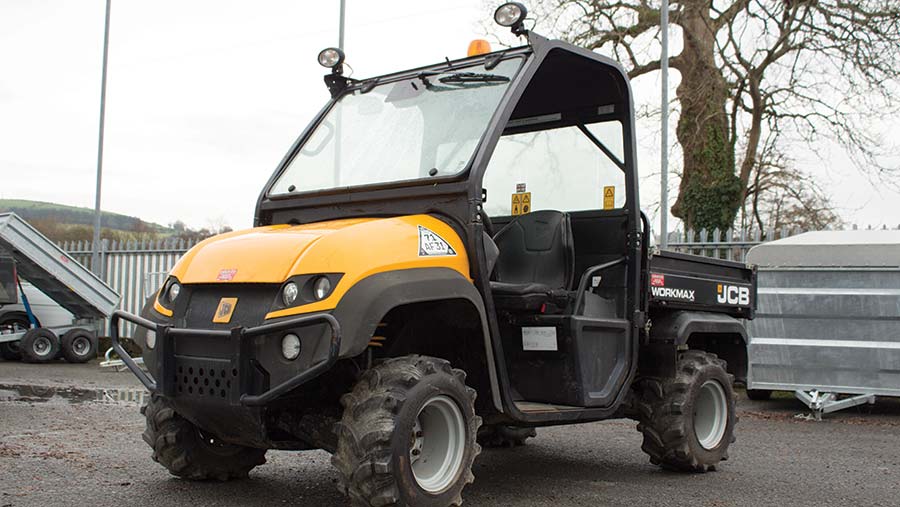 However, they do have plenty of niggly problems and you have to be prepared to get your fingers dirty to keep them running sweet. Also, avoid the Chinese-built 800D version. 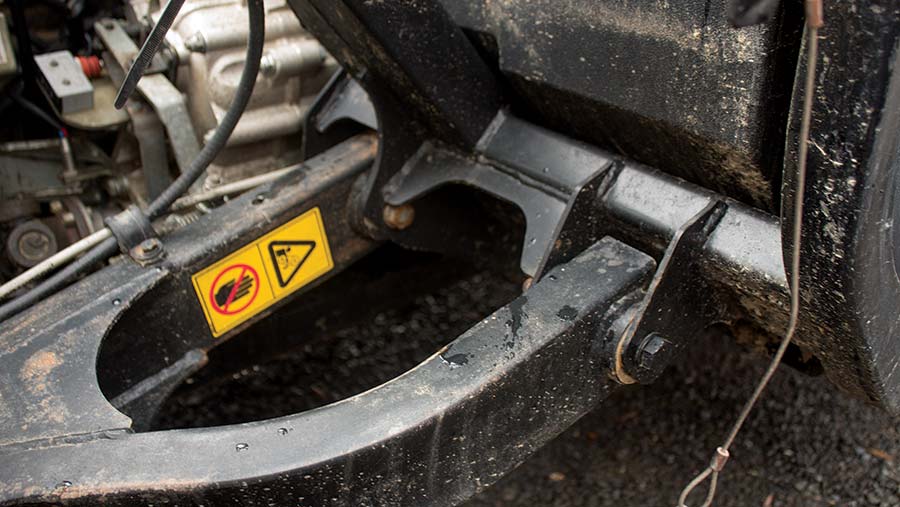 Common problems Look out for signs of transmission belt and pulley wear as changing them is a long and laborious job. Drive it round the yard and check that drive takes up swiftly, but smoothly.

If you have to rev the engine hard and drive kicks in with a bang then the pulleys are probably on their way out. Replacement cost is around the £600 mark and it’s a job that will take the best part of five hours.

Also look for the usual signs of head gasket failure, such as a change in coolant colour and level, and if there are any white residues under the oil filler. 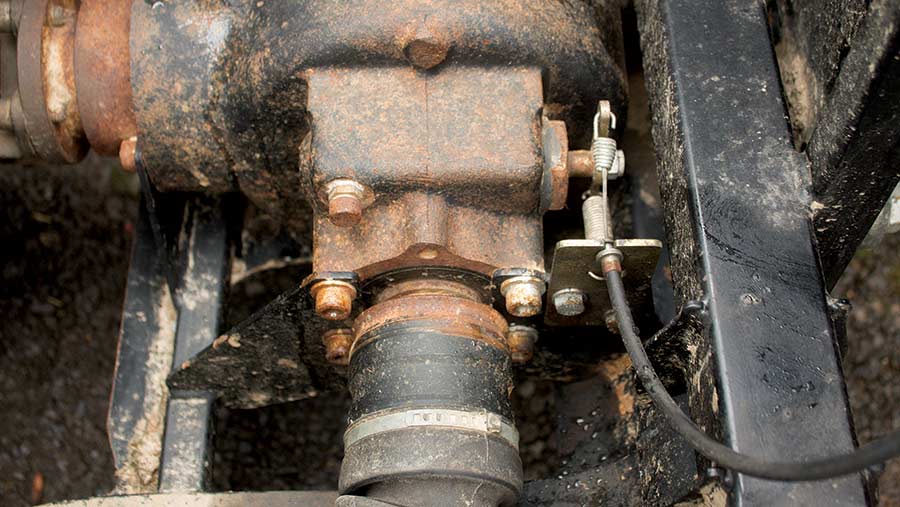 Finally, driveshafts wear at the point they exit the rear diff. Unfortunately, the only way to check this properly is to jack up the back end and rattle the shafts. If there’s excessive movement then the diff will need to be split 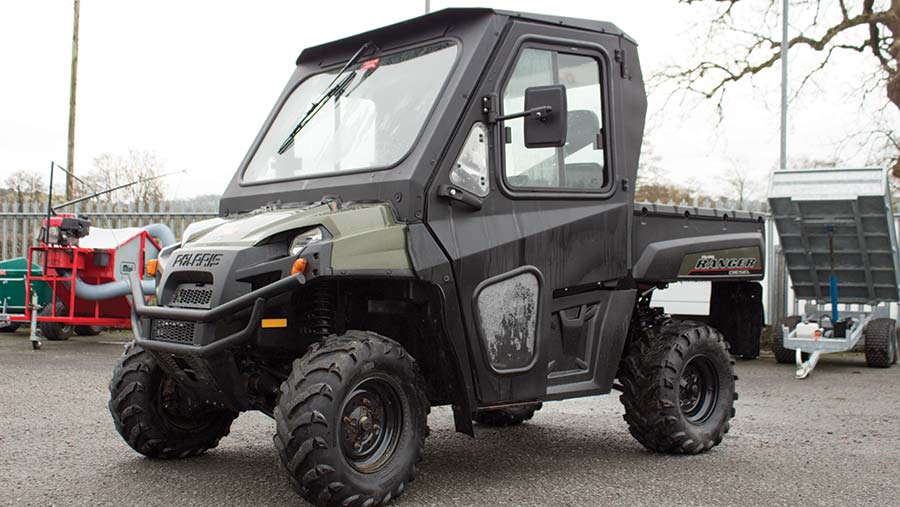 Dalton’s verdict The Ranger has a much lighter construction than most other buggies on the market, which means it’s pretty nippy for a diesel.

However, this does make it more susceptible to wear and tear, particularly with a hard driver in the seat.

The Yanmar engine is solid and the belt-driven CVT gearbox gives enough engine braking for controlled descents with a trailer in tow. Just keep an eye out for worn suspension bushes and CV joints. 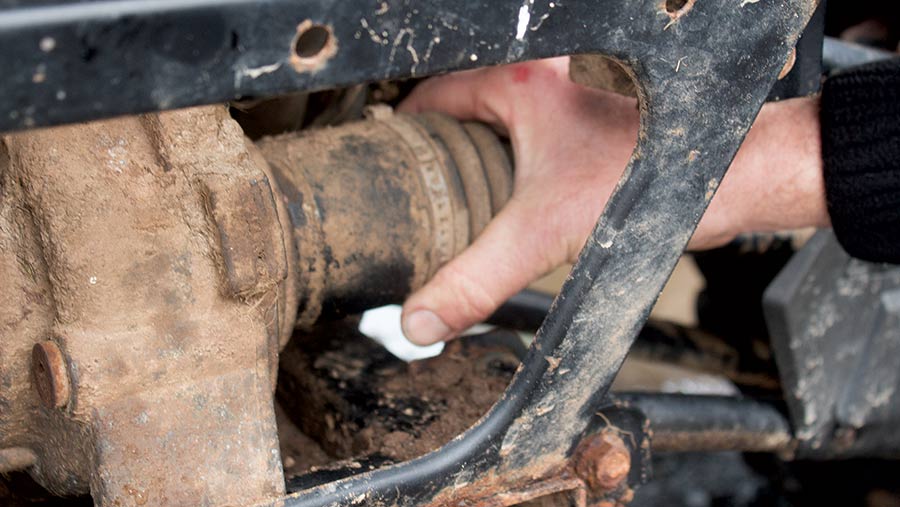 Early models had no grease nipples on the wishbone pivots, which meant they were quickly worn out. Look out for the upgraded versions with a grease nipple and check for signs that they have been greased.

Front driveshafts can also fail where they exit the diff. Grab hold of the shaft and feel for play. 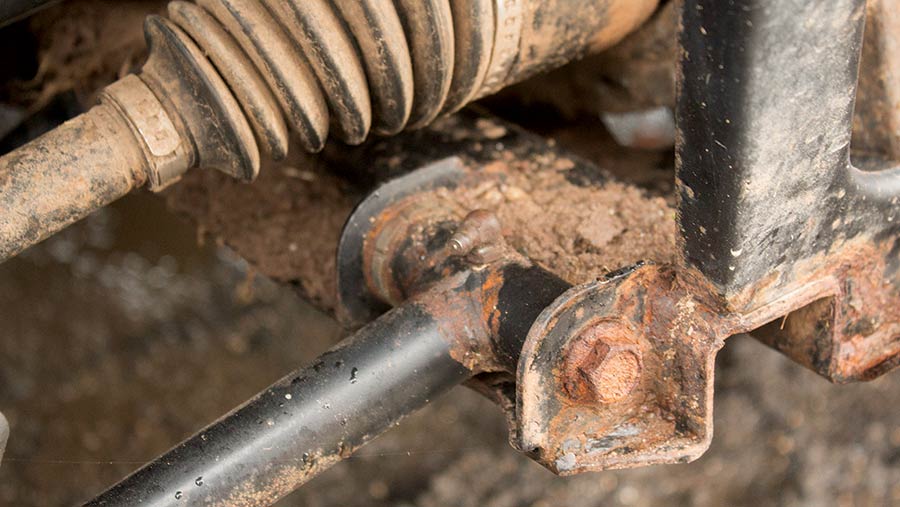 Some movement is fine, but if they shift from side to side by more than a centimetre they are on the way out. Replacements cost about £400.

The rubber bush supporting the front propshaft is another troublespot and Dalton’s replace this from new.

To check if it’s on the way out, lift the seat, reach down and shake the propshaft to assess it for any play. To convert it to a proper bearing will cost about £30 plus labour.