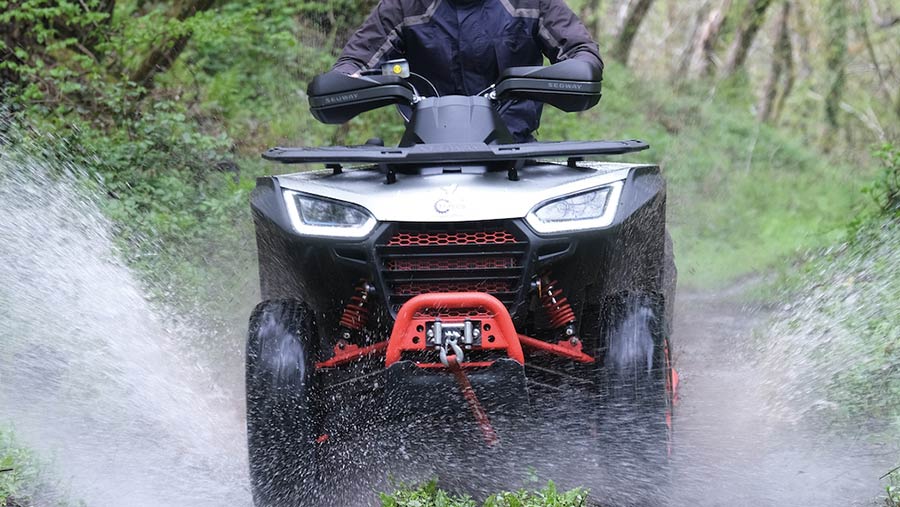 Segway, the company of two-wheeled electric hoverboard fame, has launched a Powersports division that will build ATVs and UTVs for both work and leisure.

It has a new factory to manufacturer its sole ATV model, the pithily named Snarler AT6, as well as a two-seat Fugleman UTV that is due later this year.

The Chinese maker joins a raft of budget-friendly, Far East imports already available in the UK, but the company says it has concentrated on build quality to distinguish itself from its compatriots.

As you’d expect, the 570cc Snarler is aggressive on price. In fact, it slays the mainstream competition, with the £5,666 short-wheelbase version almost £3,000 cheaper than a Suzuki King Quad 500.

There’s a long-wheelbase option too, which adds a second seat and roughly £200 to the asking price.

There are now 19 Segway Powersports dealers in the UK. The first to take delivery of a Snarler was Hayes Machinery, based at South Molton in Devon, and the company has subsequently sold three and reports keen interest from farming buyers.

The Snarler slots into the increasingly popular 570cc sector, with its single-cylinder, four-stroke engine developing a maximum of 44hp and 48Nm of torque.

It’s currently petrol-only, but the firm is busy putting the finishing touches to a plug-in hybrid version due to be unveiled at the end of the year.

For now, at least, the driveline is pretty orthodox, with power transferred through a two-range belt-based transmission.

Of the main brands in this power sector, only Honda’s Foreman still runs a five-speed manual gearbox.

High and low range, as well as reverse and park, are selected on a right-hand gearstick. It’s generally co-operative, but would probably benefit from a cranked gate to simplify gear selection without having to cast a glance in its direction.

Acceleration is punchy and there’s plenty of steam in both gears, but an irritating rattle joins the fray around the 4,000rpm mark.

Engine retardation is good in low range, taming the Snarler on downhills without troubling the brakes.

Hydraulically activated disc brakes on all four corners come into play when abrupt deceleration is required.

There’s also independent dual A-arm suspension all-round, rather than a single-shock swing-arm at the rear.

On first impressions, at least, balance is good, ruts are well ironed out and ground clearance is generous.

The riding position is more hunched than the King Quad, but perfectly comfortable.

It’s not all good news, though. The pay-off for the fancy suspension is maintenance – rarely top of any ATV owner’s agenda – with 16 grease nipples at the back and 10 at the front. Ignore them at your peril…

Two- and four-wheel drive are selected on a handlebar button (once the bike is at a standstill), but the front differential can be locked on the move. 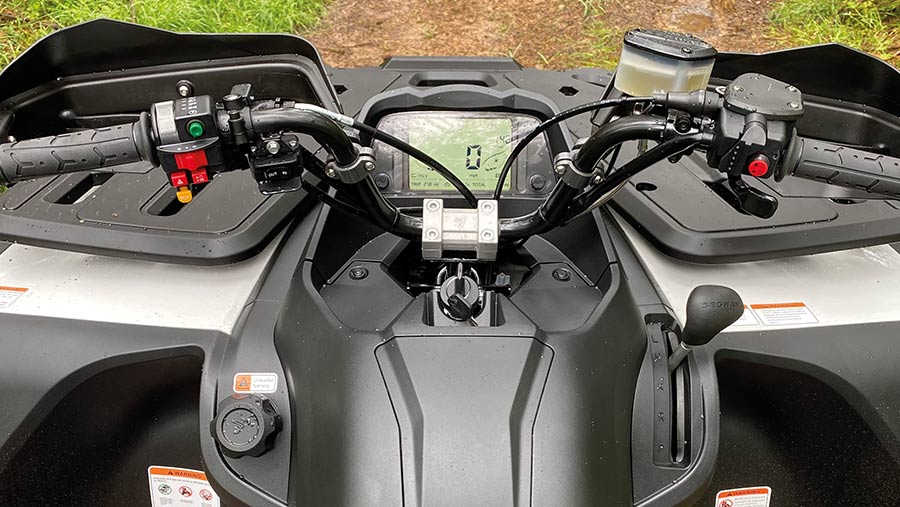 One of the Snarler’s strong suits is the abundance of standard features.

For starters, it’s road homologated from the factory, which Honda and Suzuki aren’t. LED lights, an electric winch and a trailer light socket are included too, as is a tow-ball that juts well out from the back of the vehicle to save back-breaking and knuckle-skinning efforts to hook up a weighty trailer.

Plastic-covered racks won’t take ropes and straps as easily as a bare frame, but they are rated to carry 40kg at the front and 80kg at the back, which is on a par with the competition.

Official towing capacity isn’t, though – the Snarler lacks any bite in that department with a paltry 300kg limit. By comparison, the Suzuki King Quad will legally tug double that.

A belly pan guards the undercarriage and plastic trim around the footwells – protected by a steel step on the perimeter – does a good job of shielding riders’ lower limbs from the elements. Mudguard extensions mean panel damage is unlikely to involve replacing the whole moulding.

Storage boxes are useful, if not abundant, with a small space between the driver’s legs and a deep box at the rear.

It might not be every buyer’s cup of tea, but the Snarler also comes with an unexpected amount of technology, all of which is accessed through a smartphone app.

Owners can turn on the lights to save fumbling their way to the bike in the dark, and even unlock it using their phone as the key, along with viewing the total mileage, service intervals and fuel level.

It also comes with a built-in tracker that should be harder for thieves to find, and it allows operators to view the ATV’s location and set geographic boundaries for alerts. 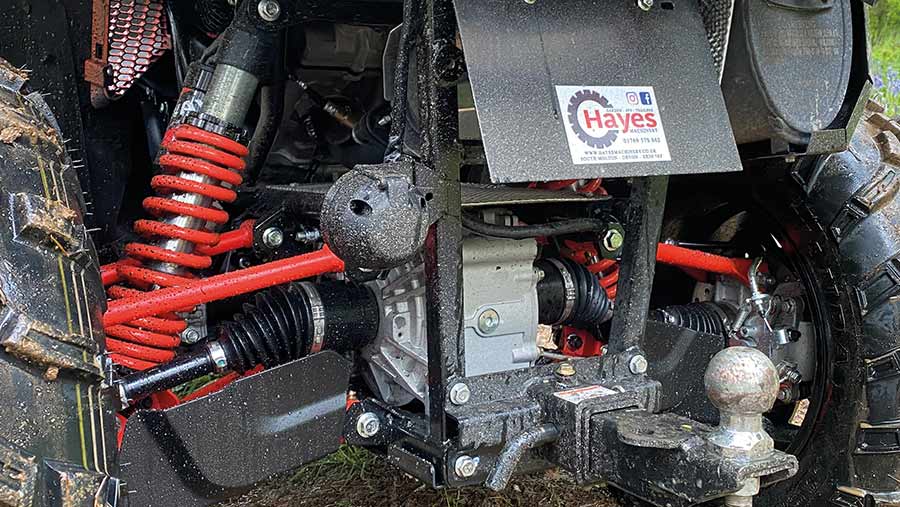 New ATV brands have traditionally found it hard to make any sort of inroad into the ag market. Instead, they tend to find favour in equestrian and leisure domains where buyers care less about brand and more about price.

However, the Snarler looks surprisingly well built – ignoring the chintzy alloy wheels and overcoat of plastic trim – and is thousands of pounds cheaper than the established names in the 500cc class.

The official towing capacity is poor and the abundance of grease nipples a pain, but they are the sum of our gripes, on first impressions at least. Those aside, it’s well specced, comfortable to ride and has a decent combination of brakes and suspension.

✅ Loads of spec for the price

❌ Gear selector would benefit from a cranked gate