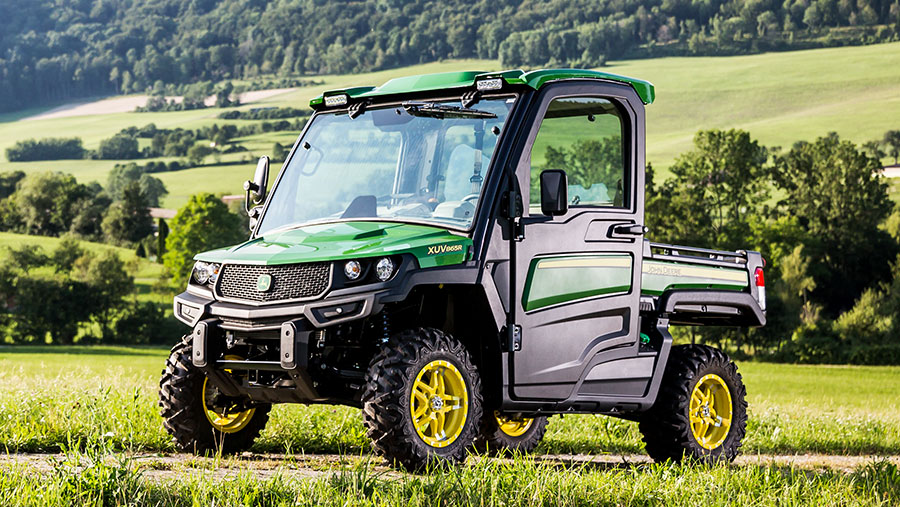 American firm John Deere has given its popular Gator UTV a new cab interior and a promise that it is the most comfortable version the firm has ever built.

Farmers Weekly’s UTV test from 2018 highlighted the Gator as the worst for cab comfort out of our five-strong test group, and it was clear the buggy needed a refresh to keep up with the competition.

The most obvious change on the new XUV 865R is the introduction of a tan-coloured interior, replacing the old black affair to match its tractor range. 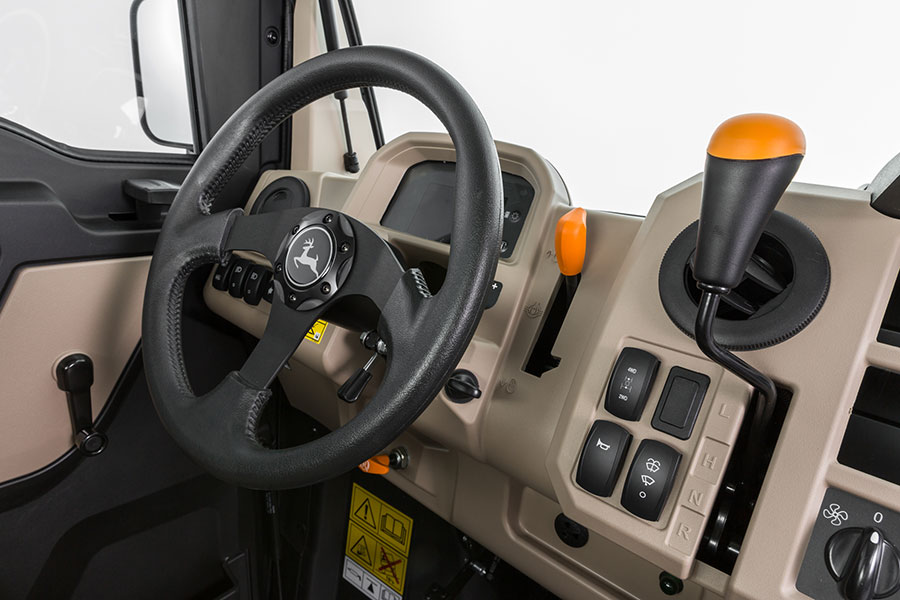 All the controls, including the diff lock and gear shifter, are now laid out in the centre of the dash. By switching the position of these, the Gator can now accommodate three bodies in the front. Previously, the transmission controls and tunnel limited these models to two seats.

The interior also has a fully opening windscreen, along with a heating and air conditioning system to deal with the British weather. Towing capacity is now 900kg and total payload sits at 680kg.

The driveline and transmission stay virtually unchanged, with the 854cc, three-cylinder engine offering 23hp at 3,600rpm and, combined with the continuously variable transmission, gets a top speed of 50kph. Other nice-to-have features include power steering, on-demand four-wheel drive and fully independent suspension.