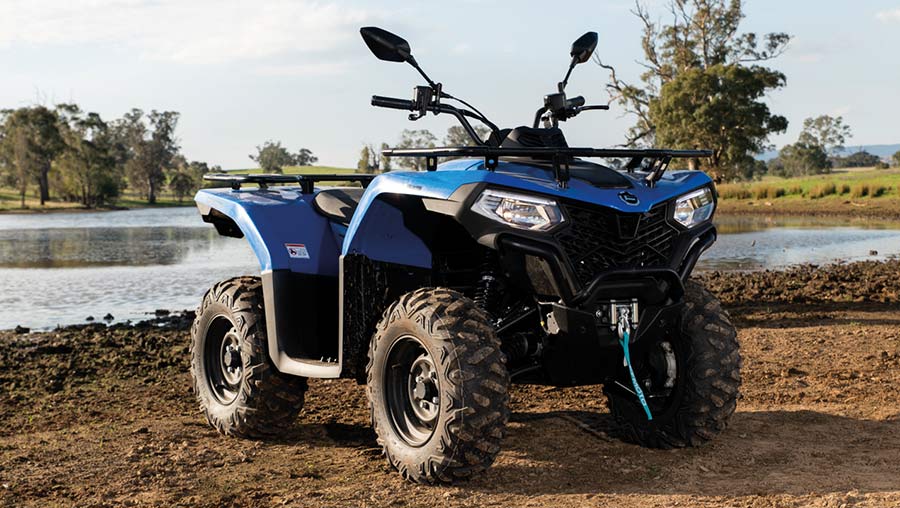 Chinese ATV maker CFMoto has launched a brace of new models that directly replace their predecessors.

The CForce 450 and 520 are priced at £5,999 and £6,799 respectively, offering buyers a reasonably priced alternative to the mainstream brands.

Notable among the long list of improvements are a towing capacity rise, from 350kg to 612kg, and uprated front (30kg) and rear (60kg) racks.

A new steering knuckle design has tightened the turning circle by 25%, to 5.6m, and more effective engine mounts have reduced vibration through the handlebar, footrests and seat.

The riding position has apparently been improved too, and alterations to the exhaust have reduced the heat reaching the operator’s legs.

Other updates include a lighter, stronger chassis, more wheel travel on the suspension, and higher ground clearance, at 250mm.

Standard spec extends to electronic power-steering, a CVTech transmission with two/four-wheel-drive and differential lock, road homologation and a winch.

New models come with an ATVtrac tracker and a year’s subscription to the service.