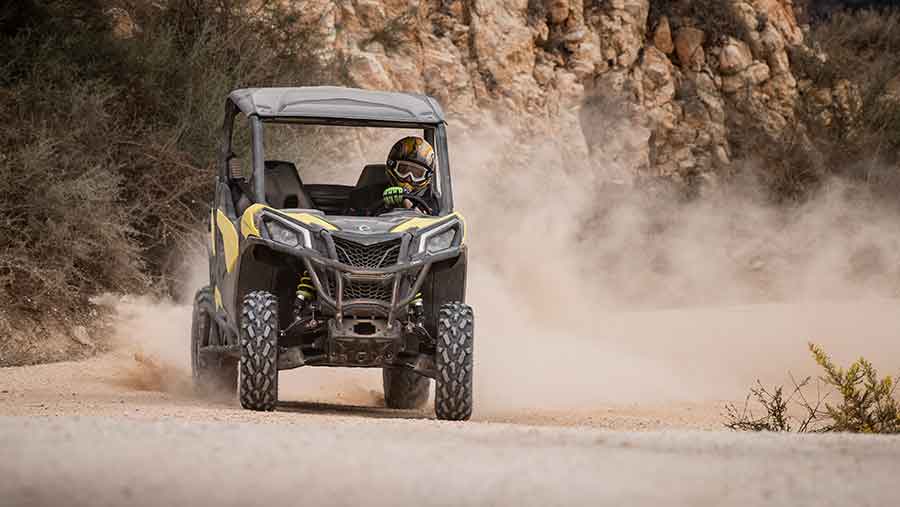 Can-Am is well-known for its adventurous and slightly bonkers products, and the Canadian firm has continued that trend with its new pocket rocket Maverick Trail UTV that is smaller and more powerful than the more run-of-the-mill Traxter.

The brand is owned by Bombardier Recreational Products – which also counts engine firm Rotax and jet ski maker Seadoo among its ranks – and it reckons the UK UTV market is one of the most lucrative in Europe, with about 4,000 units shifted on these shores each year, of which half are petrol powered.

The new Maverick Trail is based on the popular (and frankly nuts) Maverick X3 buggy, but this time around it has been put on a strict diet, so it is slimmer, shorter and designed to be slightly more practical.

Visually, it resembles the more utilitarian Traxter, with a load bed and tow bar, and the largest Trail model is about 90kg lighter than its workaday brother. 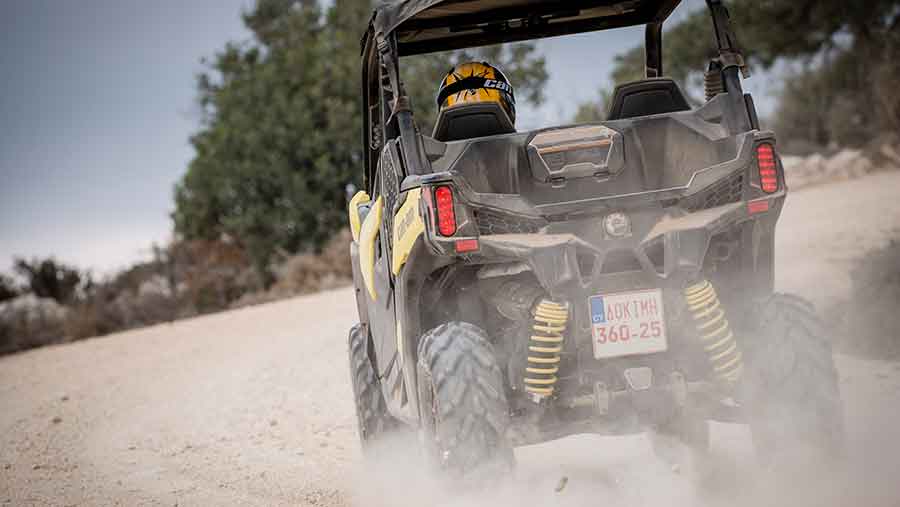 Bury your foot to the floor and the petrol-powered lump takes off briskly, with the noise in the cabin noticeably less than anything with a diesel motor.

A belt-drive CVT takes care of the speed ratio, with high or low range selected by a shifter positioned between the two seats.

However, the selector stick never feels like it’s fully engaged, so a cursory glance down is needed to confirm if you’ve selected the right cog.

There’s a fair bit of body roll when it’s thrown into a corner, which is a surprise given the size of the monster gas-charged shock on each corner.

It limits corner entry speed a bit, but boot it on exit and the back-end steps out to get some adrenaline flowing.

Surprisingly, the Trail isn’t totally embarrassed in the towing department and is able to lug 680kg, which isn’t a million miles away from the Traxter’s 907kg limit.

However, the cargo box will hold 136kg, which is one-third of the Traxter’s 454kg. 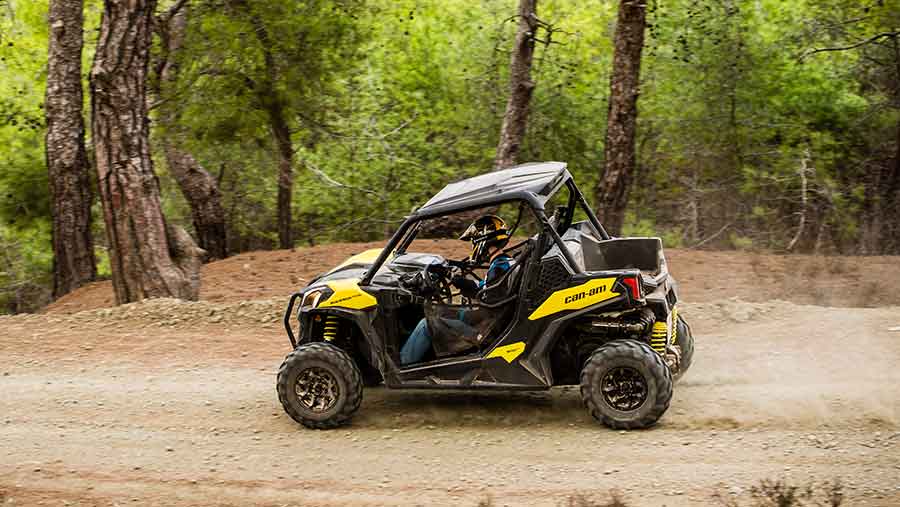 There is only room for two bums hunkered down in a couple of figure-hugging seats. This is more limiting than the bench arrangement in the Traxter, which allows three bods riding shotgun at the same time.

Can-Am has introduced ABS braking on its Mexican-built Outlander and Renegade models. It comes as standard on the recreational products and is a £446 option on the utility models.

The ABS units offer more than just super-quick stopping. When descending a hill, the ABS control module monitors each wheel and prevents wheel lock-up by applying brakes individually to each wheel to stop it sliding.

The dials on the Trail are well laid out, showing the likes of fuel level, speedo and gear positions. A bank of switches on the dash house any optional extras and there’s a 12v charging point hidden below, along with a decent 20 litres of storage via various cubby holes.

On our test model there was no windscreen to stop the driver chewing on bugs, so some form of headgear is essential. There’s also a choice between net or plastic doors – the latter looks a more sensible choice for UK users – and a stack of extras, from LED lights to extra fuel storage

It can’t offer the carrying capacity of some of its rivals, but being lighter, slimmer, lower and having less overhang than the Traxter could well suit hill farmers on challenging terrain. It’s also great fun, which is a good enough reason for us.